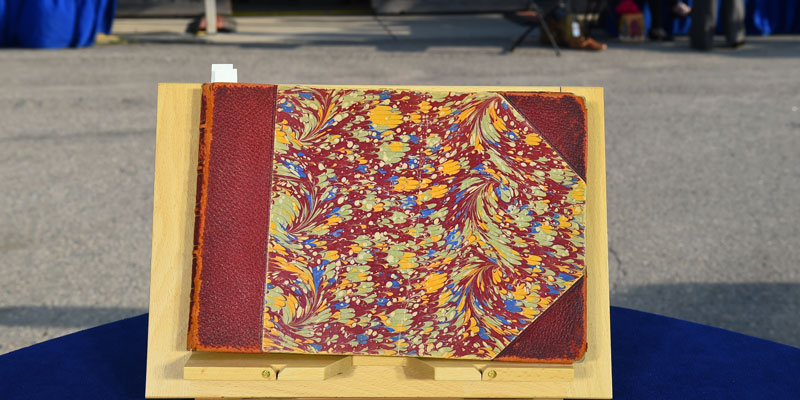 During ANTIQUES ROADSHOW’S 2019 event in Fargo, North Dakota, a guest named Karen brought in a sketchbook created by her great-great-grandfather, John Collins. The sketchbook contained beautiful illustrations from the 1876 Centennial Exhibition, which was held from May through November of that year in Philadelphia and celebrated the 100th anniversary of the United States' founding.

According to a 2016 Philadelphia Magazine article, the Centennial was a showcase of new inventions and new foods. New inventions included Alexander Graham Bell’s telephone, the first Remington Typographic Machine (a.k.a., a typewriter), and the Double Decker Steam Driven Monorail that ferried passengers 150 yards. Several of the new foods introduced at the Centennial that subsequently became popular were Hires root beer, Heinz ketchup, sugared popcorn, soda water, and bananas.

Back in Bonanzaville, Books & Manuscripts appraiser Ken Gloss marveled at the sketchbook’s precision and beauty, giving it an insurance value of $12,000 to $15,000.

View the books pages in detail below!

About the Author Ruth Secular
Ruth Secular is an intern for ANTIQUES ROADSHOW.
More from PBS