Jacques Cousteau and the Aqua-Lung Watch 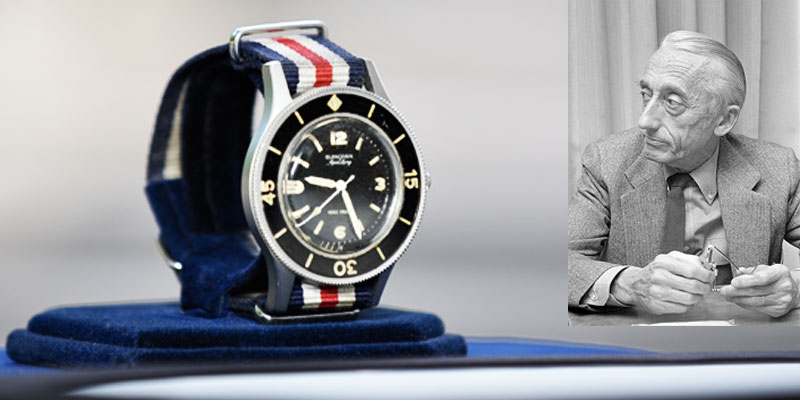 Learn how Jacques Cousteau was involved in popularizing the "Aqua-Lung" — a special type of diving watch one lucky ROADSHOW guest found at a thrift store.

During ANTIQUES ROADSHOW’s 2019 event at the Crocker Art Museum in Sacramento, California, a guest named Annie brought in a rare thrift-store find — a 1961 Blancpain Aqua-Lung watch. She told Watch expert Peter Planes that when she came across it she had immediately been impressed with its sense of quality. "It tickled me. Every time I touched it, it had — heft. It had weight." She decided to buy it, paying around $100, but didn't know much else about it.

Planes informed her that her timepiece was a diver’s watch — a 1961 Blancpain Aqua-Lung to be precise — designed to withstand the pressure all the way to 1,000 feet in depth, which was highly advanced for the time it was manufactured.

Upon hearing the name “Aqua-Lung,” fans of scuba diving are likely to wonder — is this a Jacques Cousteau watch?

Born on June 11, 1910, in Saint-Andre-de-Cubzac, France, Jacques Cousteau’s work changed the way we see the aquatic life and wonders of the underwater world forever. He pioneered ocean exploration through technological developments like the modern-day wet suit, Academy Award-winning documentaries such as “Le Monde du silence” (1956), expeditions on his research vessel Calypso, and by building a non-profit organization, The Cousteau Society, to advocate for the protection of marine life. But, before any of his seafaring adventures, Cousteau had entertained a dream of becoming a pilot.

In 1930, Cousteau joined the French naval academy and was commissioned a second lieutenant after graduating in 1933. Yet the young trainee's budding aviation career came to an abrupt halt when Cousteau broke both his arms in a serious automobile accident that same year. He decided to pursue his sense of adventure through a different path. In 1936, Cousteau went diving off the coast of France using a pair of swimming goggles given to him by a friend, Philippe Tailliez, and through them, Cousteau's eyes were opened to a new world below the surface — and he wanted to see more.

In 1943, Cousteau and French Air Liquide engineer Emile Gagnan developed the first fully automatic piece of breathing gear that allowed divers to swim underwater for an extended period of time. They obtained a patent for the device in 1943, and it went into production in 1945. The device went by several names: the CG-45 regulator (Cousteau-Gagnan-1945), a Self-Contained Underwater Breathing Apparatus (SCUBA), or, more popularly, the Aqua Lung. In 1946, Cousteau and Gagnan teamed up with Air Liquide executive Jean Delorme to create a new company called La Spirotechnique. With the development of the Aqua-Lung and the launch of La Spirotechnique, modern-day scuba diving was born.

In the early 1950s, Jean-Jacques Fiechter, co-CEO of Blancpain and himself a diving enthusiast, was diving off the coast of France when he lost track of time and ran out of oxygen, forcing him to dash to the surface for life-saving air. From this harrowing experience, Fiechter realized what divers needed was a device that could withstand the water pressure at depth in order to help keep track of elapsed time underwater (and thus oxygen supply).

Around the same time Captain Robert Maloubier, a French secret agent who was part of Winston Churchill’s British Special Operations Executive, was tasked with supplying his underwater espionage team with proper diving gear. Maloubier got in contact with Blancpain, and together they created the "Fifty Fathoms" model watch, a product line that launched in 1953. The sleek, modern diving watch caught Cousteau's eye, and his company La Spirotechnique soon became an official distributor of Blancpain's Fifty Fathoms model. The watches sold by Cousteau's company bore the name “Aqua-Lung” on the dial, and between 1953 and 1970 more than 20 different variations of the Fifty Fathoms watches were made.

The handsome example Annie brought to Sacramento falls right in the middle of that timeline. Planes estimated is would fetch between $25,000 at $35,000 at auction today. What a find! 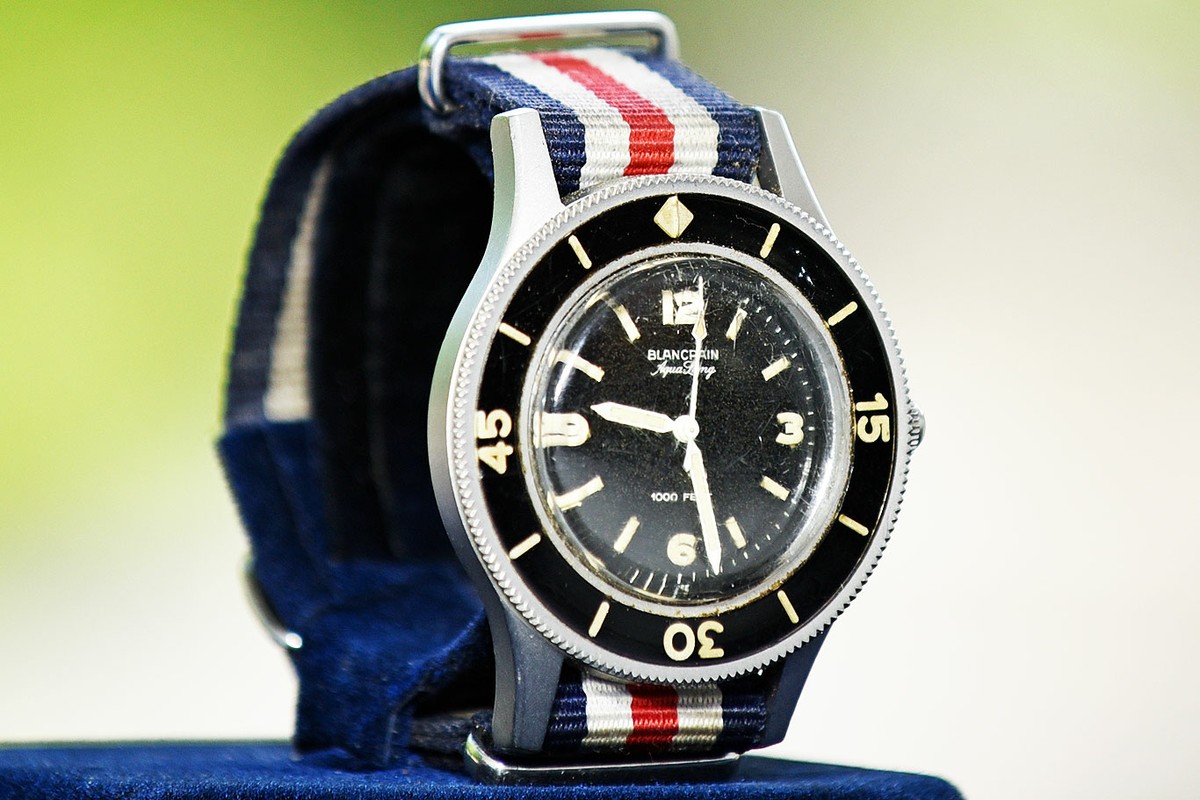