Get a Closer Look at Poet Rainer Maria Rilke's Quote 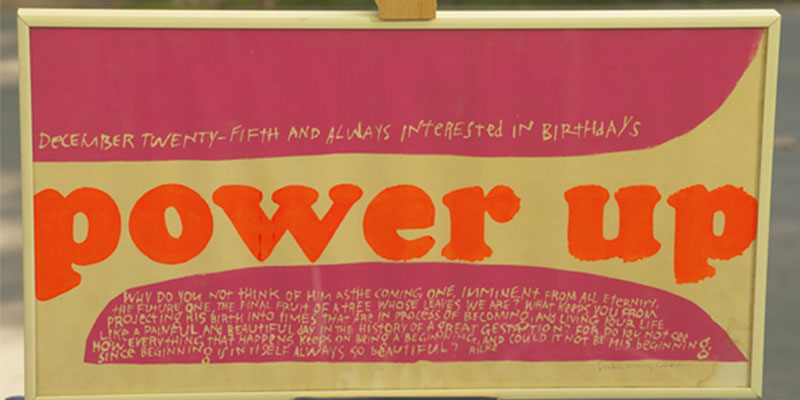 Get a closer look at a quote that inspired Sister Mary Corita Kent, an artist who sought to share religious ideas through her work.

During ANTIQUES ROADSHOW’s 2021 visit to Colonial Williamsburg, a guest named Penny brought in a circa 1965 “Power Up” serigraph by Sister Mary Corita Kent. Kent was a prolific artist who created nearly 800 different serigraphs, an art printing technique that uses silk-screening, stencils, and different colored ink to create an image on paper. She rose in influence throughout the 1960’s and worked to incorporate bright colors, pop culture, and inexpensive processes in her art to help share religious ideas in a way that was contemporary and affordable to the masses.

Prints & Posters appraiser Nicho Lowry explained that “the phrase 'Power Up' was taken from the Richfield Oil Company slogan and adapted to suggest a higher spiritual meaning. She was additionally influenced by Andy Warhol and the Pop Art movement, which she would combine with religious ideas and often quotes from famous pastors. This particular poster features a spiritual quotation from Rainer Maria Rilke, a well-known Austrian poet, from his book Letters to a Young Poet.”

Penny was able to acquire the small piece in the mid-60s at an art show at the Immaculate Heart of Mary College in Los Angeles for $35 despite assuming she wouldn’t be able to afford the artwork. Lowry remarked, “It was such a surprise to you that it was affordable, but you really must have made her so happy because that was exactly what she wanted from her work.”

Read the full quotation below:

Quote from Letters to a Young Poet, 1929, by Rainer Maria Rilke

Why do you not think of him as the coming one, imminent from all eternity, the future one, the final fruit of a tree whose leaves we are? What keeps you from projecting his birth into times that are in process of becoming, and living your life like a painful and beautiful day in the history of a great gestation? For do you not see how everything that happens keeps on being a beginning and could it not be his beginning, since beginning is in itself always so beautiful? Rilke. 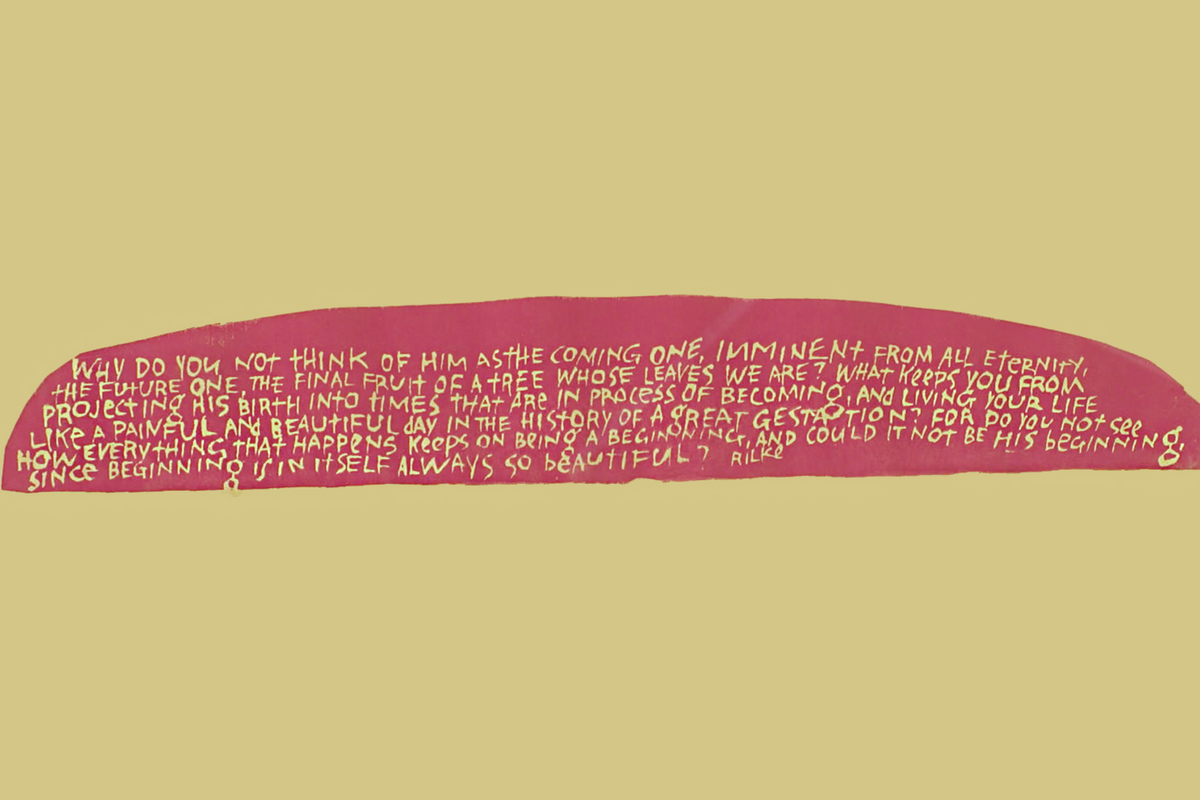 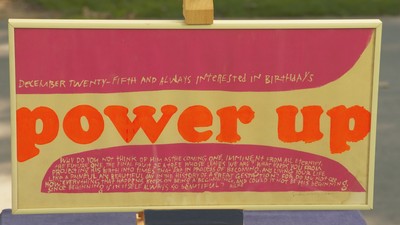 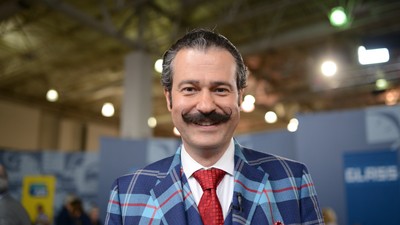 About the Author Emily Soubasis
Emily is a production intern for ANTIQUES ROADSHOW.
More from PBS