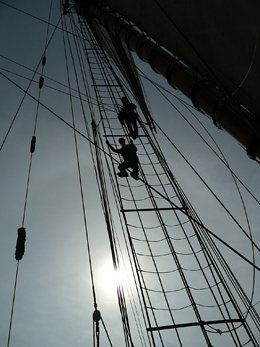 Coastal communities in the northeastern United States and Canada were mostly spared the violence and destruction that the War of 1812 heaped upon many other parts of North America. There was little or no land combat in New England, New Brunswick, or Nova Scotia. Either lukewarm or openly opposed to the war from the first, New Englanders were extremely reluctant to take up arms against their neighbors across the border, and while coastal Canadians remained steadfastly loyal to the crown, the fighting on land never really reached them. However, these traditionally maritime peoples were very much affected and threatened by the naval war.

Blockades of American ports such as Boston, Portland, and Portsmouth depressed the economy of the northeastern United States while the threat of enemy raids caused New Englanders to fortify harbors and river entrances. Though less vulnerable to attack than American ports, St. Andrews, Halifax, Saint John, and other Canadian coastal towns and cities built new fortifications or strengthened existing ones. Meanwhile, sailors from both sides of the border fought on the high seas either aboard regular naval vessels or as privateers.

Located on the Penobscot Bay above the strategically placed town of Castine, Fort George had been an important British military base during the Revolutionary War. It had withstood an unsuccessful attack by Continental forces under Samuel Lovell and Paul Revere in 1779. The British not only managed to hold the town but also destroyed the Continental army and fleet that had been sent against them. Perhaps the memory of that military disaster, which had taken place a generation earlier, made the Americans extremely reluctant to challenge the British once they recaptured the town and established a strongly fortified position at Castine. At one point Fort George bristled with more than sixty British cannon. British forces remained here until the spring of 1815, some months after the war had ended.

Only crude earthworks remain of Fort George and of Fort Madison, a much smaller fortification built by and then abandoned by American forces near the start of the war. However, the town itself is highly evocative of the 1812 era and features numerous eighteenth- and early nineteenth-century houses. Among them are several structures pressed into service as barracks, offices, and warehouses during the British occupation. Castine can be reached from Highway 1 by way of Routes 175 and 166.

Built in 1775 and destroyed that same year, rebuilt in 1777 and destroyed again in 1814, Fort O’Brien was a 4-gun crescent shaped battery built to protect the towns and farms along the Machias River. Now a Maine State Historic Site, the fortress ruins are well preserved. However, their appearance was significantly changed when these same earthworks were used as gun emplacements during the Civil War. The fort is located in Machias State Park off Port Road in Machiasport, Maine

Built in 1809 and never attacked during the war, Fort Edgecomb is perched on a hill above Wiscasset overlooking the Sheepscott River. Its blockhouse is well preserved and representative of the War of 1812 era. The park can be reached by heading south from US-1 on Eddy Road to the junction with Old Fort Road.

Fort McClary in Kittery was used in several wars including the Revolutionary War and the War of 1812. Administered by the Maine Department of Parks and Recreation, the site now consists of a blockhouse, powder magazine, and other historic structures open to the public. It is located along Maine 103, east of the Portsmouth High Level Bridge and the Kittery Traffic Circle.

Key Sites of the Northeast Theater


View War of 1812-Northeast Theater in a larger map 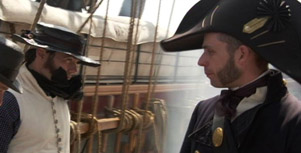 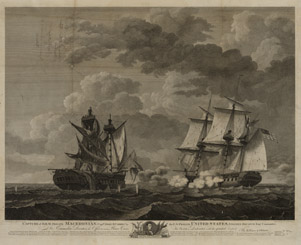 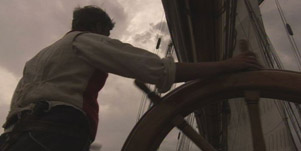