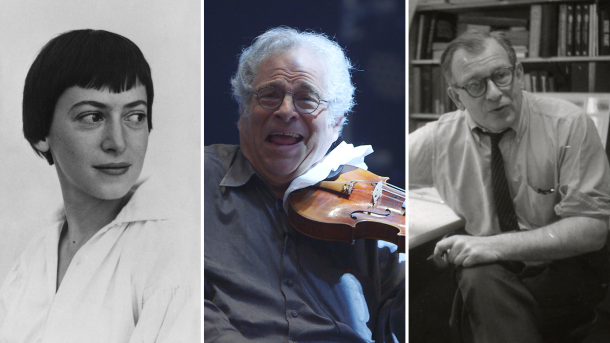 This month, American Masters is proud to present Eero Saarinen: The Architect Who Saw the Future to celebrate the architectural giant’s birthday on August 20 and Itzhak to mark the remarkable violinist’s birthday on August 31. And, of course, Worlds of Ursula K. Le Guin, as it recently premiered on August 2 on PBS, and is now available to stream until August 30.

The film looks beyond the 16-time Grammy-winning musician to see the polio survivor whose parents emigrated from Poland to Israel, and the young man who struggled to be taken seriously as a music student when schools saw only his disability. In the film, Perlman’s life story unfolds through conversations with fellow musicians and friends, including Billy Joel, Alan Alda, pianist Martha Argerich, cellist Mischa Maisky, and his wife of 50 years, Toby. The Perlmans dedicate their lives to their large Jewish family in New York City, shared love for music and continual support of young musicians. American Masters: Itzhak is a portrait of musical virtuosity that explores themes of Jewish identity, Jewish history, humor and love.