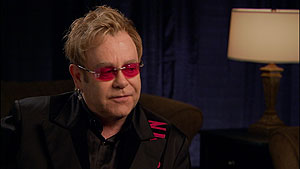 A podcast with director Michael Epstein and American Masters Executive Producer Susan Lacy about interviewing Yoko Ono for LENNONYC and insights they gained while making the film.

After losing a friendly bet that “Whatever Gets You Thru the Night” would never go to number one (it did), John Lennon played his last live show with his good friend Elton John at Madison Square Garden in November, 1974.  John and Yoko always claimed that this concert was the catalyst for their reconciliation. In fact, when Sean was born a year later they ask Elton to be his godfather.

Each podcast will consist of slightly edited interviews conducted for the film American Masters LENNONYC introduced by Susan Lacy, series creator and executive producer of American Masters and a producer of LENNONYC and Michael Epstein, director/writer of LENNONYC. New “episodes” will post weekly every Thursday until the Thursday after broadcast on November 22. The final episode will be a question and answer session using the best questions submitted by users via email at lennonycpodcasts@thirteen.org.  The content will be available here on the American Masters Web site and iTunes. Users can check back in these locations or subscribe to keep up to date with the newest episodes.