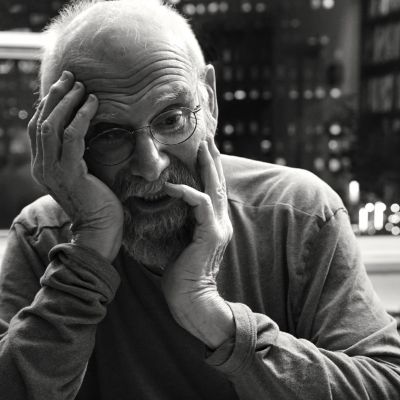 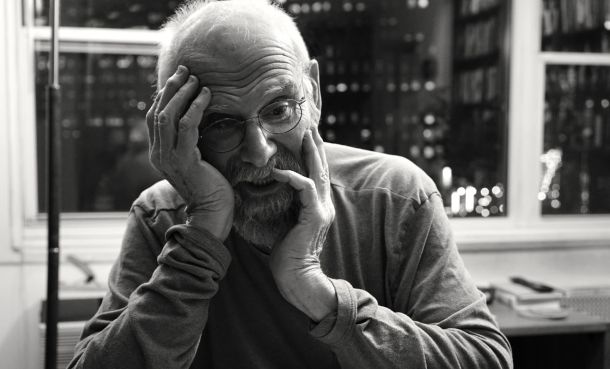 Oliver Sacks: His Own Life explores the life and work of the legendary neurologist and storyteller, as he shares intimate details of his battles with drug addiction, homophobia, and a medical establishment that accepted his work only decades after the fact. Sacks, known for his literary works Awakenings and The Man Who Mistook His Wife for a Hat, was a fearless explorer of unknown cognitive worlds who helped redefine our understanding of the brain and mind, the diversity of human experience, and our shared humanity.  The film features exclusive interviews with Sacks conducted just weeks after he received a terminal diagnosis, and months prior to his death in August 2015, and nearly two dozen deeply revealing and personal interviews with family members, colleagues, patients and close friends, including  Jonathan Miller, Robert Silvers, Temple Grandin, Christof Koch, Robert Krulwich, Lawrence Weschler, Roberto Calasso, Paul Theroux, Bill Hayes, Kate Edgar, and  Atul Gawande, among others. The film also draws on unique access to the extensive archives of the Oliver Sacks Foundation.

Director Ric Burns said, “It turns out that the revelatory power, narrative drama and emotional force of Oliver Sacks’ own life story – his case history – rivals that of the extraordinary cohort of people he sought to humanize and understand so brilliantly, deeply and empathetically in his exceptional clinical practice and writings.  We are thrilled to be working with Zeitgest Films in association with Kino Lorber in bringing the story of Oliver’s remarkable life and work and brilliance to audiences everywhere.”

Ric Burns
Ric Burns is a documentary filmmaker and writer, best known for his eight-part, 17-hour series New York: A Documentary Film, which premiered nationally on PBS to critical acclaim (1999, 2001, 2003). Burns has been writing, directing and producing historical documentaries for over 25 years, since his collaboration on the PBS series The Civil War (1990), which he produced with his brother Ken and co-wrote with Geoffrey Ward. Since founding Steeplechase in 1989, he has directed many films of note for PBS including Coney Island (1991), The Donner Party (1992), The Way West (1995), Ansel Adams (2002), Eugene O’Neill, Andy Warhol (2006), Into the Deep: America, Whaling & the World (2010), Death and the Civil War (2013), American Ballet Theatre: A History (2015), Debt of Honor: Disabled Veterans in American History (2015), The Pilgrims (2015), VA: The Human Cost of War (2017), and The Chinese Exclusion Act (2018). His work has won numerous film and television awards including six Emmy awards, three Alfred I. DuPont-Columbia Journalism awards, two George Foster Peabody Awards, two Organization of American Historians’ Erick Barnouw prizes, three Writers Guild of America Awards for Outstanding Individual Achievement in a Craft: Writing, and the D.W. Griffith Award of the National Board of Review. Burns was educated at Columbia University and Cambridge University. He lives in New York City with his wife and two sons.

Kino Lorber
With a library of over 2,800 titles, Kino Lorber Inc. has been a leader in independent art house distribution for 35 years, releasing 30 films per year theatrically under its Kino Lorber, Kino Repertory, KinoNow.com and Alive Mind Cinema banners, garnering seven Academy Award® nominations in nine years, including documentary nominees Fire at Sea (2017) and Of Fathers & Sons (2019). In addition, the company brings over 350 titles yearly to the home entertainment and educational markets through physical and digital media releases. With an expanding family of distributed labels, Kino Lorber handles releases in ancillary media for Zeitgeist Films, Carlotta USA, Adopt Films, Raro Video, and others, placing physical titles through all wholesale, retail, and direct to consumer channels, as well as direct digital distribution through over 40 OTT services including all major TVOD and SVOD platforms.

Zeitgeist Films
Zeitgeist Films is a New York-based distribution company founded in 1988 which acquires and distributes the finest independent films from the U. S. and around the world. In 2017, Zeitgeist entered into a multi-year strategic alliance with renowned film distributor Kino Lorber.

Five Zeitgeist films have been nominated for Academy Awards and one, Nowhere in Africa, won the Academy Award for Best Foreign Language Film. Their films have been honored by festivals throughout the world with Grand Prizes at Cannes, Berlin, Sundance, Tribeca, and IDFA in Amsterdam. The Museum of Modern Art honored Zeitgeist with a month-long, 20th anniversary retrospective of their films in 2008.

Vulcan Productions
Vulcan Productions believes that storytelling can change the world. The company produces and distributes content that informs, inspires, and activates audiences – putting stories to work with far-reaching impact campaigns that advance new policies, shift individual behaviors, and contribute to significant institutional change. Its team includes both expert producers and seasoned impact strategists and movement builders. Leveraging platforms ranging from film and television to XR and other emerging media, Vulcan Productions’ content and campaigns are at the center of some of society’s most pressing challenges.

Motto Pictures
Motto Pictures specializes in producing and executive producing documentary features and series. Motto has been honored with three Academy Award nominations and multiple Emmy Awards. Founded in 2009, Motto secures financing, builds distribution strategies and creatively develops films with an eye toward maximizing the position of each project in the domestic and international markets. Motto has produced a wide range of award winning films, working with a line-up of talented and acclaimed filmmakers, that have been featured at the most prestigious film festivals and distributed around the world.  These films include: One Child Nation, Ringside, The Apollo,  Abacus: Small Enough To Jail, The Final Year, The Cleaners, Charm City, The Raft, Take Your Pills, Life, Animated, Weiner, The Music Of Strangers, Best Of Enemies, Art And Craft, The Kill Team, 3 1/2 Minutes, Ten Bullets, 1971,Solitary, Enlighten Us, Southwest Of Salem, Indian Point, Buck, Sergio, God Loves Uganda, Manhunt, Ai Weiwei: Never Sorry and Beware Of Mr. Baker among many others.

Passion Pictures
Passion Pictures’ first feature documentary One Day In September was conceived and produced by John Battsek and went on to win an Academy Award® in 1999. Passion has since been at the forefront of feature documentary production – as evidenced by a prolific run of multi-award winning films, a reputation for securing international theatrical releases, and – as of 2018 – an unprecedented thirteen consecutive years premiering films at the prestigious Sundance Film Festival.

Notable titles include: Restrepo, The Tillman Story, The Imposter, Searching For Sugar Man, Winter On Fire And Listen To Me Marlon – these films and others see Passion collaborate with some of the most exciting filmmakers, writers, journalists, editors, composers, cinematographers and production partners working in the industry today. We hope our films connect, move and inspire through the power of extraordinary true stories.

Sandbox Films is a mission-driven documentary studio that champions excellence in science storytelling. Through co-productions and co-financing opportunities, we collaborate with production partners and visionary filmmakers around the world to tell new stories about science. We seek to illuminate the pursuit of discovery, in all its beauty and sometimes messiness, with stories that humanize science in relatable ways for diverse points of view. Sandbox Films, LLC is a registered affiliate of the Simons Foundation. More info at sandboxfilms.org.