*This story was originally released in fall 2016.*

Listen to the full episode here:

When reporting on poverty, the media fall into familiar traps and pundits make prescriptions that disregard the facts. So, in the fifth and final installment of our series produced in partnership with WNYC’s On the Media, “Busted: America’s Poverty Myths,” we present a Breaking News Consumer’s Handbook: Poverty in America Edition. It’ll equip you with the tools to spot shoddy reporting and the knowledge to identify coverage with insight.

With help from Jack Frech, former Athens County welfare director; Kathryn Edin, co-author of $2.00 A Day: Living on Almost Nothing in America; Greg Kaufmann, editor of TalkPoverty.org; Matthew Desmond, author of Evicted: Poverty and Profit in the American City; and Linda Tirado, author of Hand To Mouth: Living in Bootstrap America. 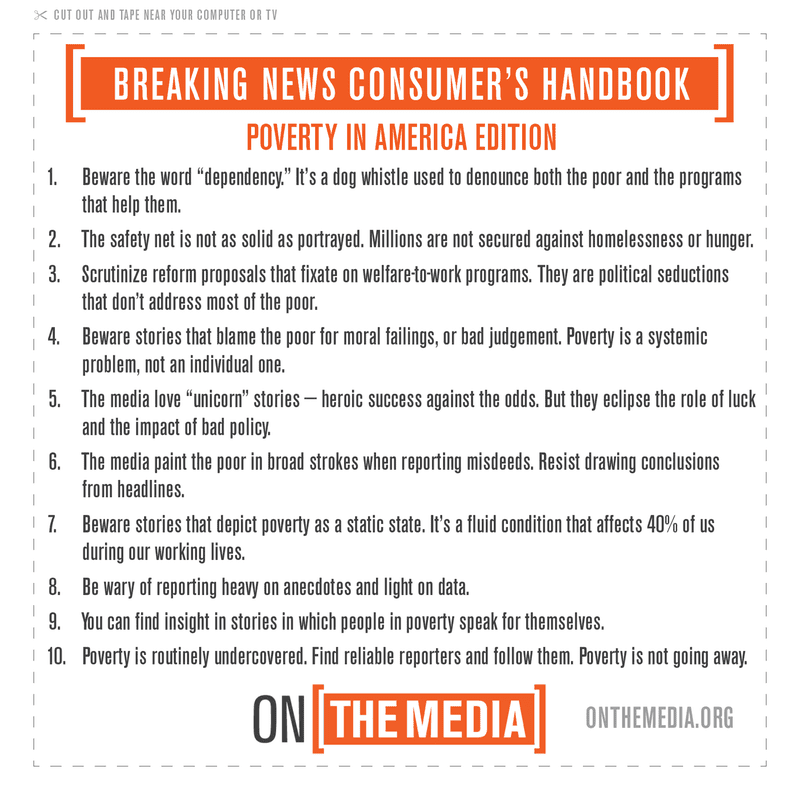