MARY ALICE WILLIAMS: This weekend is National Donor Sabbath, when religious congregations across the theological spectrum encourage members to become organ donors. All major faiths in the U.S. allow organ donation, but in many communities, cultural prejudice against the practice still lingers. As the federal government considers a more equitable distribution, there is a critical shortage of organs available for life-saving transplants. The state of Pennsylvania believes adding some financial inducements may help solve the problem. Kim Lawton has our cover story on the ethical debate surrounding that plan.

KIM LAWTON: At Temple University's Cardiac Transplant Unit, Richard Marriott is affectionately known as the mayor of "Heart Failure Hotel." Richard, who's 58, needs a heart transplant, but because of his rare blood type, it's been tough to find a match, and so he's been at this Philadelphia hospital for more than a year, longer than any other patient, waiting for a new heart. 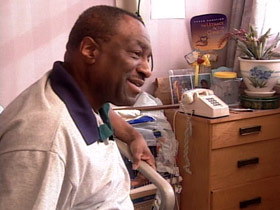 Mr. RICHARD MARRIOTT (Heart Patient): I pray for it, but you don't want to be selfish and ask -- you know, keep asking the Lord for the same thing over and over.

You belong to Jesus Christ.

LAWTON: Richard is a devout Christian. Every Thursday night, he gathers other heart patients from the unit for Bible study and spiritual encouragement.

Mr. MARRIOTT: My faith helps me with the fact that you have to be a believer, especially when you're waiting for somebody to die so you can live.

LAWTON: Richard isn't alone in his wait. The huge improvements in organ transplant technology have made transplants a viable, life-saving option for tens of thousands of critically ill patients. But the supply of available organs has not kept up with the skyrocketing demand.

Nationally, more than 65,000 people are waiting for organ transplants. That's nearly twice as many as just five years ago. Last year, 4,800 people died waiting for those organs.

The state of Pennsylvania has long been a leader in organ donation and transplant technologies. Now state officials are moving forward with an innovative and controversial experiment they hope will encourage more people to donate organs. Under the plan, the state would contribute $300 toward the funeral expenses of organ donors. 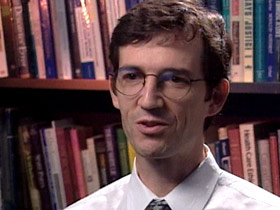 Dr. PETER UBEL (University of Pennsylvania Center for Bioethics): This funeral benefits program is not meant to offer the organ to the highest bidder. The organs will still go to whoever needs them the most. Instead, it's trying to encourage families to donate their organs and to give them something back as a token of appreciation.

LAWTON: The funeral benefit provision is still being studied by the state's secretary of health before it's implemented. But it has already raised several ethical concerns about what could happen once money is attached to something that's always been an altruistic act.

Professor JAMES CHILDRESS (National Institutes of Health): Some worry about the coercion that may be involved. Others worry about the exploitation of the poor. And many worry about becoming accustomed as a society to thinking about bodies and their parts as commodities that can be bought and sold.

LAWTON: Well aware of the potential ethical pitfalls, Pennsylvania has appointed a committee of ethicists to monitor the law once it's implemented. Dr. Peter Ubel is one of those ethicists.

Dr. UBEL: I can't read a passage in the Bible, I can't read a moral code and know what is right or wrong here. This is new terrain. And that's -- of course I'm nervous.

LAWTON: Since 1984, federal law has banned the buying and selling of organs for transplants because of the potential for abuse and exploitation. Ubel says the Pennsylvania plan does not amount to the selling of organs.

Dr. UBEL: The state of Pennsylvania decided that funeral expenses is very different from money right in someone's pocket. In my view, $10 to the next of kin, right to their pocket, would be wrong; $300 for funeral expenses doesn't feel wrong to me.

LAWTON: But a growing community of legal and medical experts says it's not wrong for organ donors to get direct financial benefits. 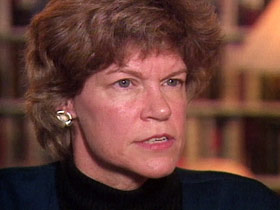 Professor LINDA FENTIMAN (Pace University School of Law): To single out organ donors as the one person in the whole health care system who cannot receive any kind of financial incentive seems unfair to me. It just doesn't make sense, given our market economy and the fact that there are hundreds and thousands of dollars flowing every day through the health care system specifically for transplant activities.

LAWTON: Other states will be watching to see what happens with Pennsylvania's law. Many are considering crafting their own legislation to promote more organ donations. Some observers believe it could indeed pave the way to an open market for organs.

Dr. UBEL: I think the Pennsylvania law brings us down a slope. The question is how slippery it is. I think it's a sticky slope.

LAWTON: The potential questions are staggering. Will the financial incentives go higher and higher? Would only the rich be able to get organ transplants? Could poor patients be denied life-saving treatments, including by their own families, so their organs could be sold for profit? And what are the potential theological implications?

Prof. CHILDRESS: The theological traditions and the secular ones hold that, in some sense, we do own our bodies and their parts. Otherwise, we wouldn't be able to give those parts away. However, they don't align at full property rights, saying that we should not be permitted to sell them, in part because of the sacredness that they view attached to the human body, whether living or dead.

LAWTON: The idea of exploitation and marketing of body parts has long been the stuff of science fiction and horror movies. 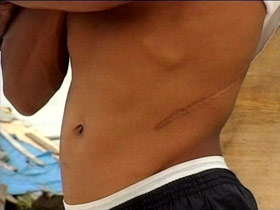 LAWTON: Critics say the possibilities are becoming increasingly real. In early November, a new group, OrgansWatch, was founded at Berkeley to monitor international trafficking in human organs. The group says more and more poor people in places like India and the Philippines bear the scars of selling their kidneys and other organs to make money. The potential market for organs appears to be huge. Earlier this year, a fully functioning kidney came up for sale on the Internet auction site eBay.com. Bids topped $5 million before the company pulled the auction item and claimed it had been a hoax. Law Professor Fentiman believes enough safeguards could be put into place to protect against exploitation and abuse. She says there's a moral imperative to give it a try.

Prof. FENTIMAN: The risk of doing nothing or the risk of not experimenting with an incentive is that more and more people will die every day.

LAWTON: For Richard Marriott and the tens of thousands of patients waiting along with him, the debate is far from theoretical. Richard supports the Pennsylvania law, but says it wouldn't be necessary if community leaders and particularly religious leaders would do more to encourage organ donations.

Mr. MARRIOTT: And I just want to thank that -- whoever my donor would be. That I know that their family is in grief, but you have helped me to live, and I just pray to God that I will use the second chance to just do God's will.

WILLIAMS: Just this week, Richard Marriott finally got his new heart, after more than a year of waiting. A spokesman for Temple University Hospital says the surgery went well, and Richard is on the road to recovery.

To keep up with the skyrocketing demand for life-saving organ donations, Pennsylvania officials are trying an innovative and controversial program to offer financial incentives to organ donors. But it has already raised several ethical concerns about what could happen once money is attached to something that’s always been an altruistic act.