BOB ABERNETHY: Our cover story this week concerns children at the end of life, in pain and, often, alone. A new report from the Institute of Medicine, which advises the government on health policy, calls on the U.S. to do far more than is now being done to relieve the suffering of dying children and their families.

Earlier this year, Lucky Severson reported on the dilemma of doctors and families trying to choose between painful treatment that is unlikely to work and palliative care to make possible a so-called "good death."

BONNIE SHOVAL: The minute the diagnosis comes back as cancer, you feel, I think, as if you're in a bad dream.

JACOB SHOVAL: He was an amazing fighter. I've never seen anybody so brave. He was in agony. He was in very bad shape. 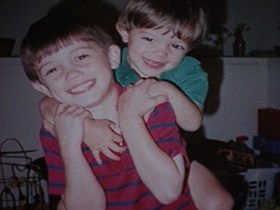 LUCKY SEVERSON: Ben was four when he died a very painful death from neuroblastoma, leaving behind a lonely older brother and a devastated mom and dad, Bonnie and Jacob Shoval.

They fought for Ben's life to the very last minute -- praying for a miracle, for a medical breakthrough, the latest technology. Ben went through five chemotherapies, several surgeries; and then he died in a hospital room. And now his mother wonders if they should have accepted his death earlier and let Ben die in the comfort of his home.

Ms. SHOVAL: He would have been probably happier had he been with his toys, in his house, with family around him.

SEVERSON: Almost 30,000 children in the U.S. die each year from chronic illness, like cancer and heart disease -- some in extreme pain, too many all alone. Fewer than 10 percent get the end-of-life palliative care treatment that's available for grownups.

Dr. CYNDA RUSHTON (Johns Hopkins Medical Center): The majority of children die in this country in some kind of health care institution. And many of them die in critical care units. And many people question whether or not that is the environment where children should die.

SEVERSON: Dr. Cynda Rushton is director of Palliative Care for the Children's Program at Johns Hopkins Medical Center. The team is discussing the best approach to treating a dying child.

Dr. RUSHTON: There are many ethical issues when you think about caring for children at the end of life. There is that tension between ... benefiting them by using our technology and the reality that often comes with that ... So we are trying to find that balance. 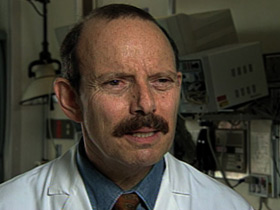 Dr. IVOR BERKOWITZ (Pediatrician, Johns Hopkins Medical Center): I think that we can predict with a really good degree of accuracy that this child's life span is really pretty limited.

SEVERSON: Dr. Ivor Berkowitz is a pediatrician and a member of the Children's Palliative Care team. Because some children do rally with aggressive treatment, Dr. Berkowitz finds himself caught in a difficult place -- knowing when to keep the aggressive and often painful treatment going, and when to stop it.

Dr. BERKOWITZ: It's a burden of pain and a burden of discomfort. And that has to be balanced with the benefits and I think that all of us have recollections of exceeding what we should have in this kind of environment.

Dr. DAVIS YANG: Doctors are trained to cure people. So [with] people that can't really get better, they really can't help and you can't fix. It is easy to think of it as a sense of failure.

SEVERSON: In a Chicago suburb, Dr. Davis Yang is experiencing first hand the anguish of a son dying before his eyes. DJ has a very rare genetic disorder that destroys the central nervous system. It's called Tay-Sachs, and it is always fatal. DJ's mother is Akari Yamada.

AKARI YAMADA: I can't lie. We were utterly devastated.

SEVERSON: Many parents choose against palliative or hospice care for kids because they think it means giving up. That's what DJ's parents thought until they found one of an increasing number of programs that simply help the family make wise decisions during the most traumatic time of their lives.

Tiffany Levinson runs the Palliative and Hospice Care Center of the North Shore, in Evanston, Illinois. Her team works with DJ's parents.

Dr. TIFFANY LEVINSON (Palliative and Hospice Care Center, North Shore): It is not magically driven, it is not doctor-driven. It is really what the family chooses to do and we support them no matter what that is. Whether they are cured or not cured. 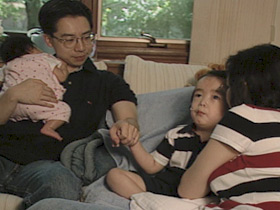 Ms. YAMADA: We wanted to keep DJ at home. We didn't want him to die in the hospital. We haven't given up hope on him, but we understand that there are certain things that aren't going to get better.

SEVERSON: Akari has taken leave of her job as a professor. Dr. Yang only works part time, so they can both spend as much time with DJ as possible. They also have a baby girl.

A social worker with DJ's hospice program comes by to help out -- to counsel and comfort.

Dr. YANG: Knowing that there is someone there you can count on at the end of life ... and if we really get stuck and we don't know what to do, there is someone we can call who understands. I think that kind of backup is what really gives us comfort.

SEVERSON: Tay-Sachs victims rarely live past the age of four. DJ is four now. He is virtually blind, but he seems to sense the touch and feel of his mom and dad.

Dr. RUSHTON: What we know is that in many instances, families disintegrate after a child has died. And many people carry the emotional burden of what happened during that child's illness forever.

Ms. SHOVAL: It comes back to haunt you, you know; you're going over and over in your mind many days what happened at the end and how you wish you could have changed it. 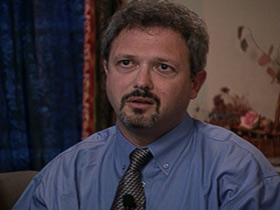 Mr. SHOVAL: We did a lot of praying and since Ben died I haven't set foot -- I just cannot, I cannot set foot -- in a synagogue.

SEVERSON: Jacob Shoval can't understand why his God would let a child die, and in such a painful way. He thinks doctors could help ease the pain if they were trained in pain care for children, which they rarely are. And then, if they were more direct and honest with the family about their child's condition.

A study released last year revealed that doctors often know a child's case is hopeless, months before the parents realize it.

Dr. BERKOWITZ: There have been times where I have not been comfortable doing what I am doing. I think that we have caused suffering and we have caused harm.

SEVERSON: There's a goal among end-of-life-care specialists called, by some, the "good death." For want of a better explanation, a "good death" is usually one that brings a sense of closure, for the victim and the family. Nurse Barbara Hall.

BARBARA HALL: To act on their wishes -- understand their wishes. To be able to do hand molds for the children, that [is a] very important part of the closure. That the family has something to take with them.

CATHY LICHTENHELD (Reading from notes on wall): "We all miss you. I know you're watching over us up in heaven. I'll see you."

SEVERSON: These are notes from Cathy Lichtenheld's son John's classmates, many of whom knew he had a very slim chance of surviving leukemia. John's palliative care program organized the effort as a way to help his friends express their loss.

Ms. LICHTENHELD: You know when you get down, which you do, you can look at those and you can cry. It's good therapy.

SEVERSON: John was diagnosed with cancer in June of 2000. He was given a 70 percent chance to live. He died in November. 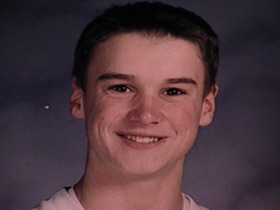 SEVERSON: His mom and dad tried almost everything to keep their son alive, but they asked for help from the Palliative Care Center and Hospice of the North Shore.

This is Tiffany Levinson.

TIFFANY LEVINSON (R.N., M.S.N., C.H.P.N., Director of Clinical Services): If you can help them come together and experience a good death, it will help the survivors for the rest of their life.

Ms. LICHTENHELD: One thing they encouraged us to do was to talk about dying, to get him involved in the type of funeral he wanted to have, to talk about it.

SEVERSON: They confronted the unthinkable. 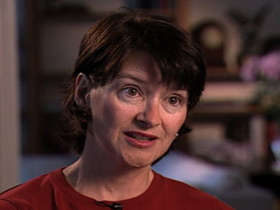 Ms. LICHTENHELD: The more he opened up, the more at peace I would see that he was, the stronger he became. And that strength transferred to our family and to our friends.

Dr. RUSHTON: We want families to be able to go on so that they can remember this time not as a time of overwhelming technology and pain and suffering, but really being able to put their child at ease, be comfortable, and that they were able to be with them in a way that was important to them.

SEVERSON: Cathy Lichtenheld doesn't get up in the morning or go to bed at night without thinking about John. But she has no regrets about the way he died.

In June this year, the Institute of Medicine called for more focus on kids like John, Ben, and DJ -- for better relief of suffering, better education of doctors, and changes in health care plans to cover palliative and hospice care for kids.

ABERNETHY: Just, this week, the American Academy of Pediatrics, and the American Pain Society, called on physicians to do more to relieve what they called "the needless suffering" of children.

A new report from the Institute of Medicine, which advises the government on health policy, calls on the U.S. to do far more than is now being done to relieve the suffering of dying children and their families. Doctors and families face a dilemma in trying to choose between painful treatment that is unlikely to work and palliative care to make possible a so-called “good death.”