KIM LAWTON, guest anchor: The arsenal of technology being used to fight crime has grown dramatically. One of the most powerful weapons is DNA evidence, which law enforcement officials can use to solve crimes that are years old. The technology has also exonerated people who have languished in prisons for crimes they didn’t commit. But as DNA testing becomes more widespread, serious ethical questions are being raised about how it’s used, and whether it violates civil rights. Lucky Severson reports.

LUCKY SEVERSON: Charlottesville, Virginia is the kind of place many people would be happy to call home. It is home to the University of Virginia, whose campus was designed by Thomas Jefferson.

Now, to the dismay of the community and its Police Chief Tim Longo, Charlottesville is apparently also home to a serial rapist who has been assaulting women since 1997. 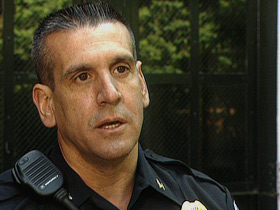 TIM LONGO (Chief of Police, Charlottesville, Virginia): I believe he walks past people every day on these streets. I believe he shops in our grocery stores. And he eats in our restaurants. He visits our churches. I believe he is part of this community. Every clue that we have gotten into the department we have looked at and looked at that again.

SEVERSON: Finally out of desperation, last November, the chief resorted to what amounted to a DNA sweep. African-Americans who resembled a composite drawing of the suspect were asked to volunteer a DNA sample.

Chief LONGO: We approached 197 persons, 187 of which voluntarily provided us a sample.

SEVERSON: But the high percentage of volunteers did not reflect the views of many African-Americans who saw the DNA sweep, or dragnet, as a form of racial profiling, and an invasion of civil liberties.

Pastor BRUCE BEARD (Transformation Ministries First Baptist Church): There is a long history of racial tension in this area that goes back to the 1800s, 1700s. So, there is some kind of an underlying issue of racism that I think the community is still trying to heal from. So we need to fight crime, but we have to be sensitive about how we go about fighting crime. 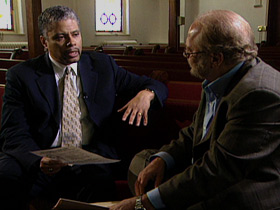 SEVERSON: Steven Turner, a doctorial candidate at UVA, was riding his bike the first time police asked him to volunteer a DNA sample. He refused.

STEVEN TURNER (Student, University of Virginia): When they stopped me and they profiled me, it was disturbing in a way I cannot communicate. And after the second time, it was the same feeling all over again. I didn’t feel safe here.

Chief LONGO: This is not a random sampling of African-American males. These are people, individuals, who specifically came to the department’s attention.

SEVERSON: But getting the department’s attention required only a tip from someone who thought a particular African-American resembled the suspect in this composite drawing.

(to Pastor Beard): I have heard some criticism that this composite looks like an awful lot of African-American men?

Pastor BEARD: It is pretty generic, yes. There were three or four young men who had been stopped and asked for a swab and were told they looked like the profile. They didn’t look anything like the profile. 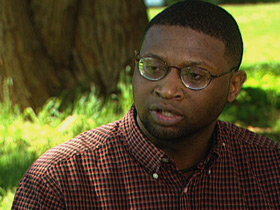 SEVERSON: Steven Turner says he was made to feel guilty after he refused to volunteer.

SEVERSON: So far, DNA evidence has not led to any viable suspects in Charlottesville, at least not yet.

Charlottesville is, of course, not the only American city to collect DNA samples as evidence. Police have swabbed thousands of suspects in cities from New York, to Ann Arbor, Michigan, to Baton Rouge, Louisiana, and Miami.

Detective Robert Garland demonstrates how he collects a DNA sample with swab sticks. 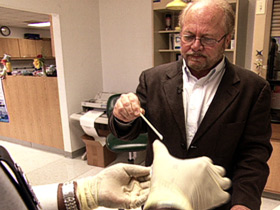 Detective ROBERT GARLAND (Miami Dade Police Department): What I want you to do then is to insert them inside your mouth and swab your left cheek.

SEVERSON: For the past two years, the detective has been using DNA swabs searching for a serial rapist, described as an African-American suspected of at least 14 rapes in the Miami area. All the victims are African-American. The most recent were two girls ages seven and eight. This particular suspect, known as the “North Dade rapist,” is a stalker — zeroing in on his victims slowly and methodically.

Detective GARLAND: Yes is does. It is broad — because some of the victims were children, they have a somewhat different description.

SEVERSON: Miami is a large city compared to Charlottesville and some other cities where there has been an outcry against DNA sweeps. That may be why the response here has been muted. But, there is also a history of racial violence in Miami, and an underlying suspicion that even before DNA sweeps, police went after African-Americans first.

Professor TONY ALFIERI (Ethicist, University of Miami): Florida is a tough state. It has a long history of trampling on the rights of people with color. American history is scarred by race and law enforcement is the flashpoint for race in our society, particularly in the area of racial profiling. DNA sweeps are simply an exemplar, somewhat extreme exemplar of racial profiling. 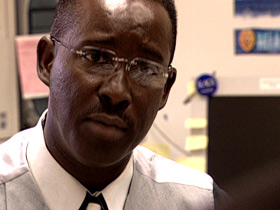 Detective GARLAND: I am an African-American. I can understand how those old wounds could come to play a big factor in an investigation such as this — but it is going to take everyone in the community to identify who this person is.

SEVERSON: When DNA matches, it almost always leads to a conviction and on occasion DNA sweeps for one crime have netted a suspect in another crime. This man volunteered a sample in the North Dade rape case and then regretted it. His DNA matched that of the so-called “Bus Stop” rapist.

(to Detective Garland): Of the people who say ‘what do you mean I volunteered? I had the cops standing right over me saying we want you to do this, of course I’m going to do it. ‘

SEVERSON: In 2005, all convicted felons in Florida will be required to store their DNA in a databank. But even those who have been swabbed and who are innocent will find their DNA stored as well. It’s right here in the consent form. Some worry that all Americans will eventually be required to submit DNA to a national databank.

Prof. ALFIERI: And then it would create a kind of Orwellian nightmare for the country.

SEVERSON: We are certainly well on our way to an Orwellian nightmare? 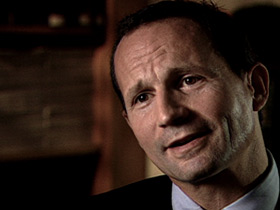 Prof. ALFIERI: Something that George Orwell would certainly consider a nightmare of state intrusion.

SEVERSON: And Professor Alfieri believes the popular consensus is that DNA sampling is a futuristic science, unlike, say fingerprinting, and more intrusive. So, the public reaction to a national databank would be more profound and provoke greater passion and fear.

Prof. ALFIERI: And, the constitutional challenge is to what extent we try to balance our constitutional rights and privileges to be free from those kinds of intrusions? That is the next constitutional battleground for this country.

SEVERSON: But in Charlottesville, Chief Longo struck a compromise with the black community. DNA swabs will be requested only if there is more evidence than just the composite drawing of the suspect. And DNA samples of the innocent will be destroyed. 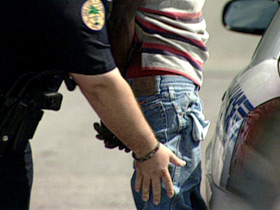 SEVERSON: As police use DNA more and more to catch and convict criminals, civil libertarians worry that if the evidence isn’t gathered with care and sensitivity, it could do more harm than good. For RELIGION & ETHICS NEWSWEEKLY, I’m Lucky Severson in Miami.