Read an excerpt from Rochel Berman’s book from Urim Publications.

The Final Act of Loving Kindness
…by Rochel U. Berman

The three short obituaries in the newspaper spoke about a loving, adoring child who would be missed by her family, her friends and her community. As I read the notices, my heart went out to the family that mourned her. Although I did not know this child in life, I was to encounter her in death. 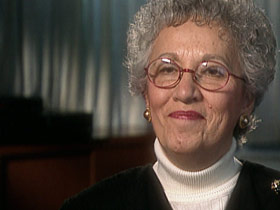 As a member of my synagogue’s Chevra Kadisha (burial society), I received a phone call at my office early in the day asking me if I was available that evening for a tahara, the ritual purification of a body prior to burial. The person calling was somewhat hesitant. This was an unusual case. The deceased was a nine-year-old girl, a victim of a fatal car accident.

Our Chevra Kadisha is comprised mostly of parents of young children. As the mother of two adult sons, I felt that the emotional trauma of laying this child to rest would be less intense for me than for the others. So, I immediately said, “yes,” deferring the weekly laundry and a trip to the supermarket to another night.

We were greeted by the director when we arrived at the funeral home. As death is an everyday occurrence for him, his usual manner of dealing with us is factual and impersonal. On this occasion, however, the director’s businesslike façade was broken. The death of a child so defies the reasonable order of things that the event, when it occurs, touches all those who come in contact with it. As he handed us the death certificate, he commented on the tragic ending of a young life.

Our route to the preparation room took us through the carefully appointed reception area and the mourners’ lounge. My thoughts focused momentarily on the décor. Do the overstuffed sofas, heavy draperies and thick carpeting help absorb the grief of the mourners? Will the soft lighting serve to comfort the bereaved family of this young child?

The tahara room stood in sharp contrast: stark, cold, harshly lit and disorderly. In the center of the room stood a gurney on which the child lay covered with a fresh white sheet. We spent a few minutes organizing the space, thereby creating a sanctuary in which to perform this time-honored commandment. 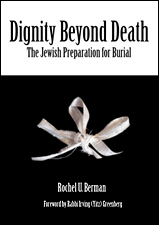 Since an important aspect of respect for the dead is to perform the tahara without unnecessary delay, we worked quickly and methodically. We ritually washed our hands, put on gloves and surgical gowns and cut squares from a large sheet to cover the face and the genitals of the deceased. We then opened the child-sized casket, sprinkled earth from Israel on the bottom, laid out the tachrichim, the shrouds, and filled a bucket of water to wash the body. We moved about in silence, communicating only about the tasks at hand. While there are no rules about talking, idle chatter seems inappropriate. We wanted nothing to invade the sanctity of the moment.

Finally, it came time to examine the body. I have done innumerable taharot, yet I find that the act of uncovering the face of the deceased is always accompanied by apprehension. This time, the tension was further heightened because I knew that I would be confronted with the countenance of a child.

In the opening prayer, before the tahara begins, as advocates for the deceased we introduce her by name to the Almighty:

Master of the universe! Have compassion for Rebecca, daughter of Nachum, this deceased, for she is a descendant of Abraham, Isaac and Jacob, your servants … Through mercy, hide and disregard the transgressions of this departed. May she tread with righteous feet into the Garden of Eden, for that is the place of the upright, and God protects the pious.

She seemed to be at peace. For an instant I fantasized that she was perhaps asleep, not dead. It was late summer, and one could still see the suntan marks left by her bathing suit and a faint scab on a bruised knee. Her lean, sturdy frame was typical of a youngster who spent the summer frolicking with friends. The one startling feature was a large swelling on her forehead. It was obviously created by the impact with the moving vehicle that caused the fatal blow.

Starting with her long auburn hair, we gently washed and dried her entire body, careful to uncover only the area that we were washing. Additionally, we cleaned her fingernails and toenails. In preparation for the final purification, three boards were placed perpendicular to her body at various intervals under her back so that she was suspended from the table and the tahara water could completely envelope her.

With the words of the prophet Ezekiel…I will pour upon you pure water and you will be purified … three buckets of continuously flowing water cascaded over her, and we announced in Hebrew, “She is pure, she is pure, she is pure.” According to a custom dating back to the Middle Ages, we applied a mixture of egg-white and vinegar to her forehead.

Now that the body had been rendered ritually clean, we began dressing her in the white hand-sewn linen tachrichim. The accompanying verses from Isaiah provided us with the courage and strength to proceed with this difficult mission:

My soul shall be joyful in my God, for He has clothed me with the garments of salvation. He has covered me with the robe of righteousness as a bridegroom puts on priestly glory, and as a bride adorns herself with her jewels.

The child-sized shrouds were still too large, so we tucked and folded the excess fabric neatly around her small frame. Our hearts were heavy as we lowered the body into the aron, the plain pine casket. We covered her shrouded eyes and mouth with broken earthenware, a symbolic reminder of the frailty of man. Prior to placing the lid on the casket, we offered the traditional and personal silent prayer of forgiveness:

Rebecca, daughter of Nachum, we ask forgiveness of you if we did not treat you respectfully, but we acted in accordance with our custom. May you be an advocate for all of Israel. Go in peace, rest in peace, and arise in your turn at the End of Days.

As we emerged from the funeral home an hour later, the cool evening air enveloped us. We ritually washed our hands outdoors, as a sign of separation from the dead, and headed home to resume our lives among the living.

The ride home offered us an opportunity to reflect. Sharing this awesome experience created a special bond between us — an undeniable sense of sisterhood. Although deeply saddened, we were comforted by the knowledge that the utmost dignity and respect were accorded this child whose days on earth were so preciously few.

When I arrived home, I found that my family had all gone to bed. Too restless to sleep, I sat quietly in the dark living room and mentally revisited the evening’s activity and its impact. When death comes, when the technology is turned off and the technicians can do no more, what remains is a sense of incompleteness — a need for spiritual closure. It is uplifting to know that at this venerable moment we are able to perform this final act of loving kindness.

DIGNITY BEYOND DEATH: THE JEWISH PREPARATION FOR BURIAL by Rochel U. Berman will be published in March 2005 by Urim Publications.