BOB ABERNETHY, anchor: The highly anticipated movie version of the best-selling DA VINCI CODE hits theaters on May 19. There’s been a growing wave of religious controversy since Dan Brown’s novel was first released in 2003. Many Christians were deeply offended by the story’s portrayal of Jesus, Christian doctrine and church history. Now the film is intensifying those debates. Kim Lawton has our story. 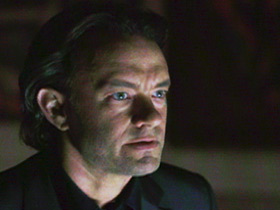 KIM LAWTON: It has a little bit of everything…

LAWTON: Throw in grisly murder, sex, pagan rituals and church conspiracies at the highest levels, and you’ve got the makings of a blockbuster – a blockbuster that has Christian leaders across the spectrum racing to respond.

LEE STROBEL (Discussing THE DA VINCI CODE): Seek the real truth. Christianity has nothing to be afraid of from people who thoroughly investigate the truth behind it.

LAWTON: Popular evangelical author Lee Strobel is among those concerned that THE DA VINCI CODE casts doubts about the Christian faith. 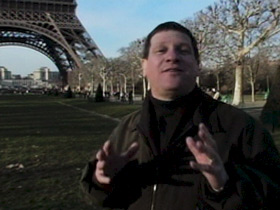 Mr. STROBEL: These aren’t peripheral issues. These cut right to the core of what we believe as Christians.

LAWTON: Dan Brown’s controversial novel has sold more than 40 million copies since its release three years ago. The story’s blending of fact and fiction also set off a firestorm of controversy within the Christian community. Now, THE DA VINCI CODE’s arrival on the big screen has ignited a national conversation about church history and Christian doctrine.

The story’s central premise is that for centuries, Church authorities have covered up evidence that Jesus and Mary Magdalene were married and had a child, and that they have descendants living today. Harold Attridge is dean of Yale Divinity School.

Dr. HAROLD ATTRIDGE (Dean, Yale University Divinity School): The notion that Jesus and Mary were an item, had sexual relations and children is not original with Dan Brown. Is it possible that Jesus and Mary or Jesus and someone were married? It’s certainly possible. Is there any evidence for it? I don’t think so. 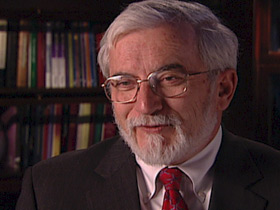 LAWTON: There is vigorous debate about whether it would make a theological difference if Jesus had been married.

Dr. ATTRIDGE: It certainly would not affect my Christology, my understanding of the significance of Christ if he had indeed been married. But the evidence simply isn’t there for it.

LAWTON: THE DA VINCI CODE also alleges that early Christians viewed Jesus as a mere mortal until the fourth century, when Emperor Constantine pressured the Nicaean church council to declare Jesus both fully human and fully divine. The story further accuses a male-dominated church hierarchy of suppressing early Christian texts, including some that emphasized female wisdom and sexuality.

Both liberal and conservative scholars agree that Brown’s portrayals of early church history are full of inaccuracies. But he taps into public fascination with the recent discoveries of ancient documents called the Gnostic Gospels. Some scholars argue these texts should not be summarily dismissed as heresy. 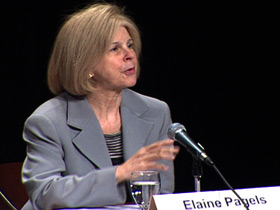 ELAINE PAGELS (Author, THE GNOSTIC GOSPELS, speaking on panel at the National Geographic Society): The people who loved and circulated, copied and wrote down these Gospels did not think they were heretics. They thought of themselves as Christians who had received, in addition to what Jesus taught publicly – they thought they had also received some of the teachings that Jesus taught to disciples when they were alone.

LAWTON: Many Christians are outraged at the suggestion that the traditional Gospels are not definitive.

Mr. STROBEL: Certainly the historical evidence for the reliability of Mathew, Mark, Luke and John far exceeds the historic reliability of the so-called Gnostic Gospels, which were written in the second, third and fourth centuries.

LAWTON: Others say despite its many errors, THE DA VINCI CODE wasn’t wrong on all counts.

Dr. ATTRIDGE: Brown has it right up to a point in his narrative about the development of the church’s attitudes towards women. And, also, he has it right when it comes to describing the creation of the myth of Mary Magdalene the prostitute, which was a creation of late antiquity. One of the things that people are often rather surprised at is that there’s no evidence of Mary being a prostitute in the pages of the New Testament.

LAWTON: Some of the most sensationalistic aspects of THE DA VINCI CODE surround its portrayal of the Roman Catholic organization Opus Dei. One of the story’s central bad guys is an albino Opus Dei assassin monk, Silas, who kills to protect church secrets. 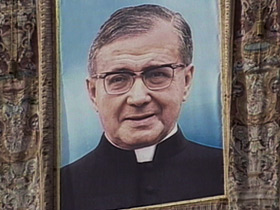 Opus Dei was founded in 1928 by Monsignor – now Saint – Josemaria Escriva. He preached that lay people had a special calling to live out their faith in their everyday lives. The group has generated criticism for its conservative stands and for what some have called secretive tendencies.

But journalist John Allen, who has written a book about Opus Dei, says the image in THE DA VINCI CODE bears little resemblance to reality.

JOHN ALLEN (NATIONAL CATHOLIC REPORTER): Well, first of all Opus Dei doesn’t have any monks. This is an organization for lay people. It’s not a monastery. Secondly, you know, so far as anyone is aware, they have never dispatched assassins for any purpose. Then you have the prelate, the bishop in charge of Opus Dei, who has these, you know, huge bags of cash with which he’s trying to influence global events. Opus Dei just is not that wealthy. Globally their assets are about $2.8 billion, which is roughly the same size as the Archdiocese of Chicago.

LAWTON: In THE DA VINCI CODE, Silas inflicts bloody self-mutilation when he prays. Allen says this is a lurid exaggeration of the ancient Catholic practices of corporal mortification. 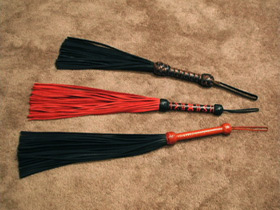 Mr. ALLEN: I suppose the two best known and most commented upon would be, first, the cilice, which is a spiked chain that is worn around the upper thigh for two hours everyday except on Sunday, and then the “discipline,” which is a small cloth whip that is administered to the back once a week, usually on Saturday, for the length of time it takes you to recite a prayer. It doesn’t cause bleeding. It doesn’t whip you into a kind of religious ecstasy and so on. It’s really intended to remind you of the physical reality of sin, to remind you of the suffering of Christ on the cross, and to remind you of suffering in the world.

TERRI CARRON (Opus Dei): A lot of people in the church, holy people who inspired other people, have done instances of physical penances. I’m kind of puzzled by – that we’re being defined by this, because in many cultures, in many Catholic cultures, this is no big deal.

LAWTON: The organization has launched an aggressive counter-campaign urging people to discover the “real” Opus Dei. Reporters have been invited to tour their New York City headquarters. There’s also a new Web site, books and a DVD.

Ms. CARRON: We have an opportunity now, given, you know, the glaring light of THE DA VINCI CODE — we’ve had a lot of opportunity to come out and say what we are. 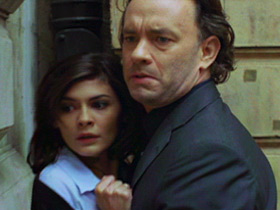 LAWTON: Sony Pictures Entertainment is quick to emphasize that THE DA VINCI CODE is only fiction. A spokesman told us, “Our movie is a thriller, not a religious tract or historical documentary.” But many Christians say the lines between fact and fiction are too fuzzy – especially because Brown claims at the beginning of the book that his assertions are based on fact.

Mr. STROBEL: Well, I think people are concerned because of the challenges it raises – not because they have any belief that the substance of the allegations are true, but because there are people who are believing these allegations.

LAWTON: There’s a new cottage industry — dozens of books, Web sites, and DVDs claiming to debunk THE DA VINCI CODE. Even Sony has set up a Web site where DA VINCI CODE critics can air their views.

There’s also been a spate of panel discussions like this one at Fordham University. Organizers admit a week-night discussion about early church history usually wouldn’t get much attention. Add DA VINCI CODE to the title and it’s a standing-room-only crowd.

Some Christian leaders, including some Vatican officials, are urging a boycott of the movie, but others are encouraging dialogue. 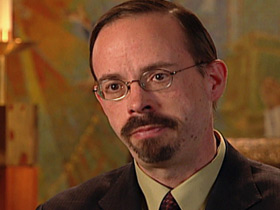 LAWTON: And, Allen says, in light of recent scandals, church leaders should also do some self-examination.

LAWTON: Many, perhaps most, will see THE DA VINCI CODE as an entertaining film, but they may also leave the theater wondering where the truth really lies.