BOB ABERNETHY, anchor: In Washington, the Senate agreed to an immigration bill that would create a path to citizenship for many of the illegal immigrants in the U.S. But it remains unclear if the bill can be reconciled with the House version passed in December that called for strict punishments for illegal immigrants and those who help them.

If Congress permits some undocumented workers to stay in the U.S., it could allay fears in many families. Last year, 162,000 undocumented workers were deported. Many of those sent back confront a painful choice. If they have children born in the U.S., those children are considered U.S. citizens. They can stay. So, children and their parents wonder if a deportation order comes, should the families spilt up? Lucky Severson reports.

LUCKY SEVERSON: For the past several years, there has been little joy in the Palomar home in Cicero, Illinois. The U.S. Government served notice that because Leandro Palomar was an illegal or undocumented alien, he was going to be deported, even though his two children, Juan Carlos and Stephanie are U.S. citizens because they were born here. 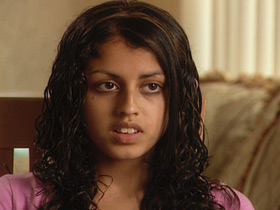 STEPHANIE PALOMAR: There’s a lot of families that we know that that has happened to them.

SEVERSON (to Ms. Palomar): That the father or the mother has been sent home?

SEVERSON (to Ms. Palomar): Is that something that you are always worried about?

Ms. PALOMAR: Yeah, ‘cuz right now, everything is really hard and you never know what could happen.

ROSALBA PINA (Attorney for Leandro Palomar): We had an order that he had to leave the United States within 30 days. And, I was able to file a motion to reconsider with the Board of Immigration Appeals.

SEVERSON: Rosalba Pina is Leandro Palomar’s attorney. She specializes in immigration law and felt the chances of overturning Palomar’s deportation order were slim to none. She says these are very tense times for immigrant families. 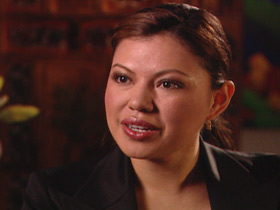 Ms. PINA: Yes, and it’s not only the undocumented individuals that are nervous. It’s also their loved ones — because deportation traumatizes the children. It really traumatizes them and makes them become introverted. And, and it’s really — they get stressed. A lot of them start having psychological issues.

SEVERSON: There are two million so called “mixed status” families nationwide in which at least one parent is an illegal immigrant and one or more children are U.S. citizens. A reason for this is because the 14th Amendment, which grants citizenship to all children born in the U.S., except those of foreign diplomats. That’s why some, in and out of Congress, want the courts to reinterpret the Amendment to exclude children born to illegal immigrants.

SEVERSON: Dan Stein is president of the Federation for American Immigration Reform, also known as FAIR.

Mr. STEIN: The 14th Amendment is an historical artifact that has been misinterpreted and is now deeply prejudicial to this country’s ability to control its borders.

SEVERSON: Stein says the 14th Amendment was created after the Civil War to make it easier for slaves to gain citizenship.

Mr. STEIN: Nobody who looks at the 14th Amendment can ever imagine that, in 1866, those people were thinking in terms of a day where millions and millions of people would be moving across national borders.

SEVERSON: Randy Capps is a senior research associate with the Urban Institute. He says limiting the 14th Amendment will certainly slow down immigration, but he has some misgivings. 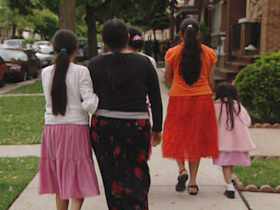 Dr. RANDY CAPPS (Senior Research Associate, Urban Institute): We also have to take in consideration the fact that the children didn’t make that decision, the parents did. So, you’re holding the children accountable for the sins of the parents.

SEVERSON: Another immigrant family in another Chicago suburb. Only the youngest daughter is a U.S. Citizen, the other three daughters, and their parents are Mexican citizens. A few months ago, they say, they might have talked to us on camera. Today, the father was down in the basement, and the rest of the family afraid to be identified.

SEVERSON (to Unidentified Girl): Why?

Mr. STEIN: There’s nothing easy about the immigration issue. It’s full of ethical and moral dilemmas. Regardless of your ethical framework, regardless of your religious background or theological teaching, the immigration issue poses some of the most dramatic, glaring and challenging ethical and moral decision of any issue you’re ever going to face. 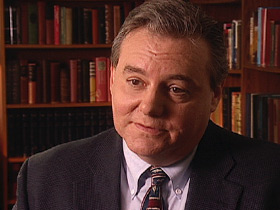 SEVERSON: Stein says Congress is going to have to make some tough decisions.

Mr. STEIN: When somebody comes here illegally, they are taking it on their responsibility to deal with the consequences of that decision. The children still can go back with the parents, and the family remains intact. Apparently, a lot of people in the immigrant communities don’t feel that way, because they wind up saying they’re going to leave their kids here with an aunt or an uncle or whatever. I can’t fathom the ethics of that.

SEVERSON: Rosalba Pina says she understands the ethics of leaving kids in the U.S. To build a case that deporting the Palomar family would create an “extremely unusual hardship” on his kids, especially Stephanie, a student leader. Rosalba went to Mexico, to the small town Stephanie’s father is from.

Ms. PINA: There was no infrastructure, no employment. Even if they were gainfully employed, the income is less than four dollars a day. In terms of the school, after a certain grade — the education is distributed through videos.

SEVERSON: Pina and Stephanie Palomar lobbied everyone that mattered. For Stephanie’s mother, Martha, the threat of deportation was a very painful ordeal.

MARTHA PALOMAR (in Spanish, Iliana Terrazas translator): She — she had to take a lot of medicine for her nervous system.

SEVERSON: Iliana Terrazas lives in a mixed family in which she is the only child not born in the U.S. She’s been on the waiting list for six years to become a citizen. Iliana thinks children are especially victimized by U.S. immigration policy. 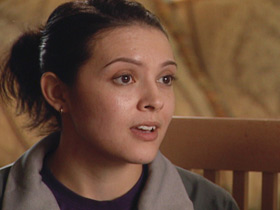 ILIANA TERRAZAS (Translator): I didn’t decide to come here. That was decision was taken by my parents. And I think it was taken for a better — for a better life for me. I don’t blame them. I thank them. It’s like extracting a tree from its root; this is where I’ve grown, this is where my life is.

SEVERSON: Critics say if the parents had not crossed the border illegally, their children would not suffer. This mother and her seven children were apprehended just north of the Mexican border in Arizona. They were looking for a better life, like this family in Chicago.

ANONYMOUS MOM (in Spanish, then voice of translator): We lived in a space about the size of this room, or smaller than this room. And what — what parent wouldn’t want a better education and a better life, and a better home for their children?

Mr. STEIN: If you care about how fast the population grows, and that’s what FAIR’s primary concern is, we don’t want to leave our kids a country of a billion people and immigration is the major source of population growth. Most Americans today want to understand why they’re dealing with overcrowding, congestion and housing shortages.

SEVERSON: But this mom says she pays taxes that help pay for her children’s education.

ANONYMOUS MOM (in Spanish, then voice of translator): I pay W-2s. Anytime I buy anything, I pay taxes. When I get my car and pay gas, I pay taxes. 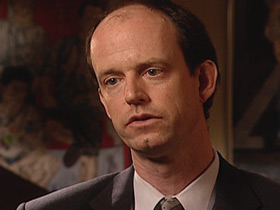 Dr. CAPPS: If you look at studies that the Urban Institute did, immigrants pay taxes across the board, just like all the rest of us. They have to pay through their housing, for the real estate taxes, they pay all the sales taxes.

SEVERSON: It’s difficult to know if illegal immigrant’s taxes cover the cost of services they use, but most agree it is highly unlikely.

After a long battle and against the odds, Attorney Pina was able to get Leandro Palomar’s deportation order set aside and he was granted his Green Card. Pina believes in strong borders and that immigrants should speak English, but —

Ms. PINA: At the same time, we need to do what is correct to the individuals that are residing here. Our country has always prided itself in protecting human rights. Now, we have an opportunity to demonstrate to the world that we respect human rights, and we respect them also within our borders.

SEVERSON: There are thousands of families like the Palomars facing deportation orders. In Rosalba Pina’s point of view, it’s at too great a cost to the families. The other view is that there are not nearly enough deportations, in light of the staggering number of immigrants crossing the southern border each year, illegally.