BOB ABERNETHY, anchor: The principles of a just war are well known in religious thought. Now, as Americans weigh the pros and cons of leaving Iraq, a conversation about a just exit. What are the moral considerations of pulling out?

William Galston is a political and moral philosopher and a senior fellow at the Brookings Institution in Washington. Nancy Sherman has taught ethics at the U.S. Naval Academy and is a University Professor at Georgetown University. Her latest book is STOIC WARRIORS. Richard Land is president of the Ethics and Religious Liberty Commission of the Southern Baptist Convention. His new book, THE DIVIDED STATES OF AMERICA?, is about to be published.

Welcome to you all. Richard, what are the top moral considerations in this discussion about what to do in Iraq? 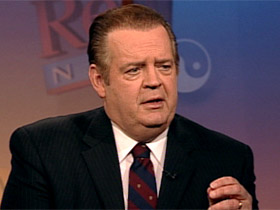 Dr. RICHARD LAND (President, Ethics and Religious Liberty Commission, Southern Baptist Convention and author, THE DIVIDED STATES OF AMERICA?): Well, I think that just war has as one of its most important principles is proportionality. What are the costs of staying and the costs of going? And I think it’s very important for us to take into consideration at every step the Iraqis who have believed in us, the Iraqis who have cooperated with us, the Iraqis who have fought side by side with us. Twelve Iraqi soldiers have died for every American soldier that’s died in this war, and we cannot have a repeat of the disgraceful exit we had from Vietnam, where we left our friends behind to a terrible fate.

Dr. LAND: Well for me it means all who want to leave, we help them leave. We protect them. In the North, if the Kurds want to continue to have freedom, we do what we can to help them defend themselves. I mean, Kurdistan is pretty much pacified.

ABERNETHY: Nancy, what are the top moral considerations for you? 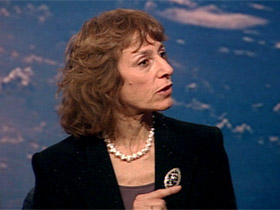 Professor NANCY SHERMAN (Georgetown University and author, STOIC WARRIORS): For me, just war needs to include, although it doesn’t always, the obligation to our own troops. And so sending more troops out, given the way they’ve come home already, to me is an enormous moral peril.

ABERNETHY: Do you mean the “they” meaning the wounded?

Prof. SHERMAN: The wounded, and 19-to-1 are coming home surviving their wounds. And the care is enormous, with post-traumatic stress disorder, limb replacement. To send more in that kind of environment where they come home — all war is ugly. This one, given the nature of the war, the injuries are greater and I think the moral complexities of the war that soldiers face when they’re there is something we don’t often talk about. There’s enormous corruption, enormous moral ambiguity in who the enemy is and how you target the enemy when you’re fighting, and difficulty in separating police-fighting from war-fighting. So the exposure of a long life, of after-life of war, to our troops is really critical and an important part of thinking about just war.

ABERNETHY: And that concern for the troops to you adds up to an early exit?

Prof. SHERMAN: It adds up to an early exit and to taking very seriously what we’ve learned from those who have already come home. 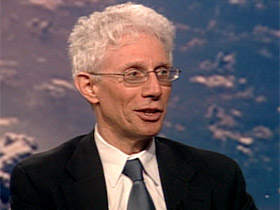 Professor WILLIAM GALSTON (Senior Fellow, The Brookings Institution): Well, let me offer an analogy. You run into someone who has a problem, someone in need. You decide to try to help, but through lack of knowledge, lack of competence, you commit sins of omission as well as commission that in some respects make the problem worse. At that point you have incurred a moral obligation to deal with the consequences of your well-intentioned effort. We have generated or contributed to the generation of enormous refugee flows. We have direct moral responsibility to those refugees. Not only that. Thousands and thousands and thousands of Iraqis have directly cooperated with us in our effort to effect a transition to democracy. And if, God forbid, we have to leave with the mission not completed, we have a direct moral obligation to them as well.

ABERNETHY: And you were one of the most vigorous and public opponents of going in there in the first place. But now you see a situation that requires us to perhaps stay longer than we want to.

Prof. GALSTON: As the Greek philosopher Heraclitus said more than 2000 years ago, you cannot step in the same river twice — not even the Tigris or the Euphrates.

ABERNETHY: So let me ask you this. By our presence there, a foreign occupier, are we doing — is the result of that to do more harm than good, and does that mean that in order to accomplish the ends that we have to get out?

Dr. LAND: I think the Iraqis are very ambivalent about our presence there. A lot of them understand that things could get very bad if we leave, that there could be a bloodbath. In fact, I think there’s a danger of a regional war between the Sunnis and the Shia, with people coming in from outside. 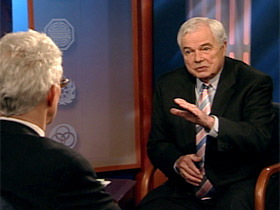 Dr. LAND: Well, and I think it’s a very real concern, and we need to be concerned about it. But I think clearly we need to be working toward reducing our footprint and increasing the Iraqis footprint in their own country as quickly as is feasible.

ABERNETHY: But the question — go ahead.

Prof. SHERMAN: I’m just going to address that because that is exactly what puts enormous strain on our troops, and we fail to take seriously our obligation to them. Those situations are ambivalent, psychologically ambivalent, but they’re also morally ambivalent. And many of the cooperative arrangements they have with working with the security and the like involve knowing that the Iraqis have detention centers, which our young men and women in uniform see, especially if they are advising the police or the security, and don’t quite know how to terminate them on terms that the Iraqis will accept. So there’s a lot of moral “dirty hands,” you might say, that we expose our troops to, in a war where those that are helping us play by somewhat different rules than we’re willing to accept.

ABERNETHY: Does it come down, then, to a question of can we succeed?

Prof. GALSTON: That is a critical question, not just from a factual standpoint, but from a moral standpoint, because it’s an ancient moral principle that states that “ought” implies “can.” An obligation to do something implies that you have the power to do it. We don’t know whether we have the power to bring about the result we seek. We’re going to find out in this calendar year, and if we don’t, then, as Secretary of the Defense Gates has said, it would be irresponsible not to have a Plan B.

Dr. LAND: And that’s part of just war theory. You know, will the good gained outweigh the damage caused? And that’s, you know, that’s not a science, that’s an art. It really is an art, and what happens on the ground really matters, and how the Iraqis respond. This war will not be won or lost by the American presence there. It will be won or lost by whether or not enough Iraqis grasp and commit to a vision of a democratically elected government in a democratic society.

Prof. SHERMAN: But I would just pick up on a point, Bill, you made. You can’t step into the same river twice, Heraclitus famously said. But we’ve done a lot of experimenting. This is five years with a lot of our investment of our money — taxpayer money — and troops. This is very similar water to what we’ve stepped in before, and so there are lessons from the past that we need to heed.

Prof. SHERMAN: Vietnam and to the four years that have preceded — the war changes. It’s fluid. The cause changes. The morale needs to be changed. But it’s the same kind of war.

ABERNETHY: Is a lesson from Iraq that it is extremely difficult to intervene in another country militarily and that we need to be very, very careful about that in the future?

Prof. SHERMAN: I think that’s certainly a lesson, and I also think the Pentagon knows that the kind of war we were prepared to fight isn’t what we have seen. And the models of war fighting have really changed. And there’s enormous moral responsibility to the troops to send them out with the best kind of war models that have — nonconventional warfare requires very different fighting from targeted missions.

Prof. GALSTON: There’s one more implication. Ultimately, as Richard has said, and as everybody can see, if the Iraqis don’t want this as much as we do, then we cannot succeed.

ABERNETHY: Okay. Richard Land, Nancy Sherman, William Galston — many thanks to each of you.