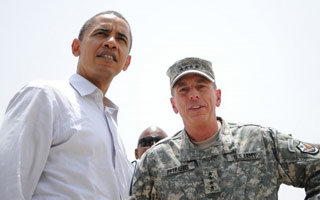 General David Petraeus pioneered a program to enlist the aid of anthropologists and other academic social scientists to advise on ethics and local cultural practices in Iraq, where the program met with some success despite the controversy it generated back home [see Anthropologists in Arms: The Ethics of Military Anthropology (AltaMira Press, 2009)]. The program has had limited presence in Afghanistan, but might now be “ramped up” as Petraeus takes direct charge of that conflict. In every respect, he is the most astute military leader we have at present, and President Obama was wise to call on him for what will undoubtedly be the toughest assignment of his career.

George R. Lucas Jr. is Class of 1984 Distinguished Chair in Ethics at the US Naval Academy’s Vice Admiral James B. Stockdale Center for Ethical Leadership.