How should ordinary citizens concerned about the war in Afghanistan respond to the recent controversy and change of command in the International Security Assistance Force? For most people, the basic judgments about recent events are uncontroversial. President Obama acted responsibly as commander in chief of the United States military by removing General McChrystal and replacing him with General Petraeus. General McChrystal’s actions threatened to undermine the war effort by revealing deep rifts between the military officers who put strategy into action and the civilian authorities who craft the policies and negotiate the broader political relationships that, in the end, are essential to our success in this conflict. General McChrystal was justly punished for his indiscretion. General Petraeus was a wise choice to replace him insofar as General Petraeus will insure the maximum amount of command continuity possible in such a difficult and changing situation. 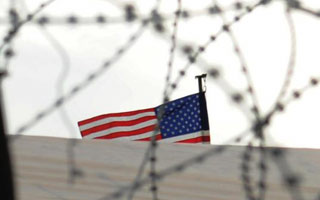 While most of these judgments are uncontroversial, many people still regard the upheaval of these last few days as significant and momentous. For many citizens, these events call attention to—and provoke anxiety about—what they regard as the fundamental confusion of our counterinsurgency effort as a whole. According to recent polls, the majority of Americans believe things are going badly in Afghanistan. They are unclear about exactly what state of affairs our military and civilian leadership are trying to bring about. They find it difficult to express in a concrete, satisfying way what “victory” might look like. For this reason, many Americans are increasingly critical of the war and distrustful of the claims ouir leaders make about it. The momentary spike in popular confidence at the beginning of the troop surge in Afghanistan has collapsed. Upon us are the days when the public must come to terms with the demands of a slow, expensive, and inglorious counterinsurgency conflict that promises no ecstatic victory, but only a closely managed mess with profound security implications. The recent fluctuation in leadership in this conflict is, of itself, relatively insignificant. The larger frustration to which it points will be with us for some time.

Democratic publics are notoriously bad at remaining dedicated to “small wars,” especially if they are fought far away, do not promise fundamental security transformations, and involve ongoing casualties. It is difficult for most citizens to support a war if they cannot reasonably believe that the future result will be a cooperative, basically liberal regime capable of establishing and abiding by the rule of law. For the most part, no one expects a situation of this sort to develop in Afghanistan or Pakistan in the near future. Neither of these countries have the social prerequisites upon which liberal regimes have historically depended. Furthermore, American citizens perceive intuitively that the people of Afghanistan and Pakistan are unlikely to believe that cooperating with the United States is in their long term interests, even if it is.

Barring a “victory” in this sense—where the governments of these countries are empowered effectively to contain or destroy the recalcitrant elements of their societies and impose the rule of law—what the United States faces is a future of quasi-imperial “management.” This situation, in which US military personnel play an ongoing role in subduing insurgent forces in distant lands (and often with only the tacit cooperation of local governments), is one that democratic publics tend to reject in principle (as overtly imperialistic) and in practice (as involving more problems than clear gains). Many citizens regard large-scale military activities of this sort as a threat to democracy itself. Our ongoing involvement in the conflict in Afghanistan seems therefore to threaten more than the lives and well-being of young soldiers; it seems to threaten the very moral constitution of American democracy itself.

But what, really, are the choices here? Even granting the legitimacy of the above concerns (which may be both premature and misplaced), the United States still faces a situation in central Asia where many people are actively working to carry out terrorist attacks in the United States and Europe. It still faces a situation where the Pakistani government could be overthrown and its nuclear materials seized by unscrupulous people. As legal scholar Philip Bobbitt has argued powerfully in his book Terror and Consent, if a terrorist organization were to acquire and detonate a nuclear device against civilians, it would fundamentally transform democratic politics as we know it.

This places the citizens of the United States in a clear bind. In order to secure the situation in central Asia as effectively as possible, they must accept a role for their military in the imperial management of an inherently disappointing situation that will require blood, guns, and money for an indefinite future. In choosing to commit to that situation, however, they must evolve new forms of democratic self-awareness that will prevent their society from accepting such imperial self-assertion too easily.

The controversy over General McChrystal will change little in Afghanistan. It is, if anything, a distraction. It distracts citizens by making them believe the war will be “won” or “lost” depending upon the military leadership that guides it. The real challenge is whether Americans understand adequately the political future they are committing themselves to in the decisions of their civilian representatives. To succeed in Afghanistan, US citizens must look beyond the vicissitudes of military leadership to the form of ordered peace they desire their military power to bring about.

Howard Rhodes is assistant professor of religious studies at the University of Iowa, where he teaches in the areas of international relations and the ethics of war.