Jump to a story

August 30, 2012 – Catholic Republicans on Religious Liberty and the Budget

Watch more of Kim Lawton’s interviews with former US Ambassador to the Vatican and co-chair of Catholics for Romney Jim Nicholson, and Maureen Ferguson, senior policy advisor with the Catholic Association, who talk about what on the Romney/Ryan agenda resonates with Catholics; Catholic religious liberty concerns over the Obama Administration’s healthcare mandate that requires employers provide contraceptive services free of charge; and debate about whether proposed budget cuts to federal programs will hurt the poor and violate Catholic social teaching.

Faith-based delegates to the 2012 Republican National Convention talk about how their religious beliefs motivate their politics, what issues they believe are most important this election, and the role they think faith-based voters should play.  In order of appearance:  Rev. Bob Palisin, retired pastor, Presbyterian Church USA, and alternate delegate from North Carolina; Richard Hayes, Roman Catholic delegate from Texas and Margaret Stoldorf, evangelical delegate and county chair of the Republican Party of Iowa.

August 29, 2012 – Faces of Delegates and Visitors at the Republican National Convention

Portraits of some of the delegates and convention attendees by Barry Goldstein. 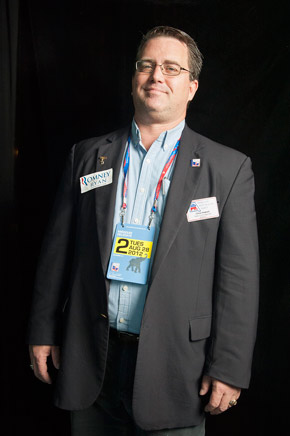 View a gallery of photos taken on Monday August 27 at the Republican National Convention in Tampa, Florida. Photos by Barry Goldstein 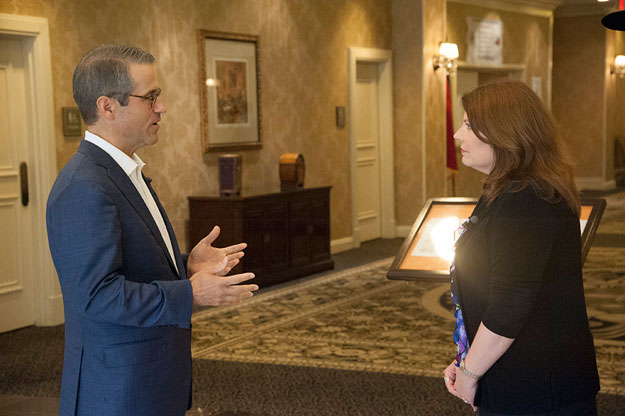 Rev. Sammy Rodriguez, president of the National Hispanic Christian Leadership Coalition, delivered the benediction on Tuesday, August 28 at the Republican National Convention. In our interview, he talks about the responsibility of religious leaders to avoid becoming too political.

View a gallery of photos taken on Sunday August 26 at the Republican National Convention in Tampa, Florida. Photos by Barry Goldstein 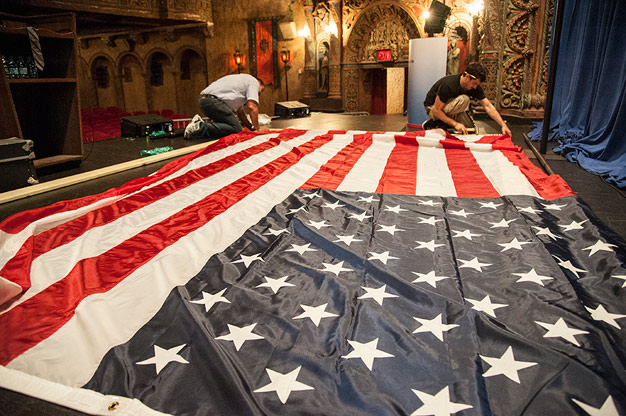 At previous Republican conventions, there were events planned by interfaith groups that brought together a variety of faith-based people from different points of view to discuss and debate some of the issues of the day. That has not been happening here, according to managing editor Kim Lawton. Watch her update from the Republican National Convention in Tampa, Florida.

Today’s Tablet, a daily online magazine of Jewish news, ideas, and culture, has a great story by writer Yair Rosenberg on “GOP’s Rabbi in Chief,” Rabbi Dr. Meir Soloveichik, scion of a famous Orthodox dynasty, and why he will deliver the Republicans’ invocation this afternoon: “Despite his staunch conservative views, Soloveichik does not present himself as a fiery ideologue. Instead, he is known for making his arguments affably, with a disarming sense of humor and wry self-awareness at the controversial nature of many of his stances.”

Today (August 27th) managing editor Kim Lawton talked with Ralph Reed, founder and chairman of the Faith and Freedom Coalition, in Tampa. Watch excerpts from their conversation about Paul Ryan’s Catholicism, how to reach evangelical voters, and why Reed thinks Obama “doesn’t have a good story to tell.”

Yeshiva University has officially announced that Rabbi Meir Soloveichik will deliver the invocation at the opening session of the Republican National Convention this week. 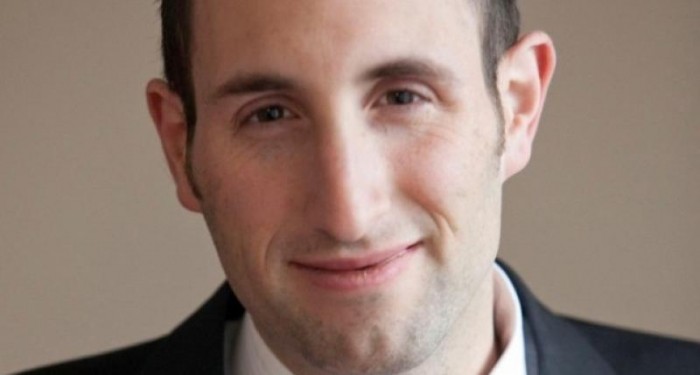 Managing editor Kim Lawton reports that the weather is continuing to cause problems. On Sunday, the Tea Party ended up meeting in the sanctuary of a Tampa megachurch, and Ralph Reed’s Faith and Freedom Coalition rallied as well. 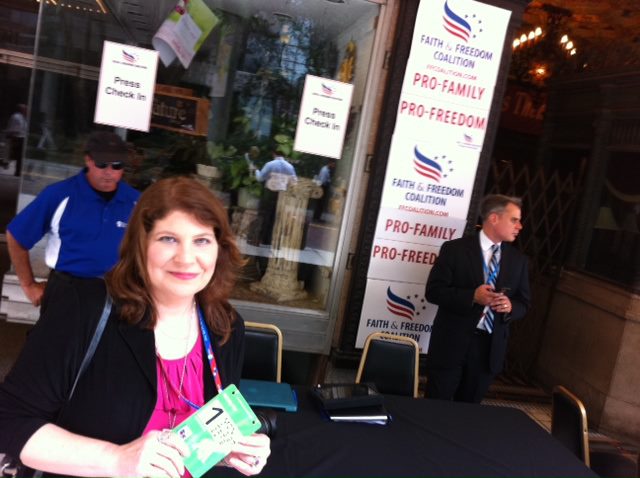