LUCKY SEVERSON, correspondent: These are all vets from all branches of the service—Iraq and Afghanistan vets embarking on a new mission for themselves and their communities—today, trading their military uniforms for a blue shirt.

SPENCER KYMPTON (The Mission Continues): (speaking to veterans) I want you to stand up now if you believe that you have more to give and that you’re an asset to your country.

SEVERSON: This is an orientation session for a rapidly growing non-profit program called The Mission Continues which enlists veterans to serve their communities in over 37 states so far. It was founded in 2007 by Eric Greitens, a former Navy Seal and commander of an Al Qaeda targeting unit. The unit was hit by a truck bomb and it was after visiting his injured comrades that Greitens got the idea for starting The Mission Continues. 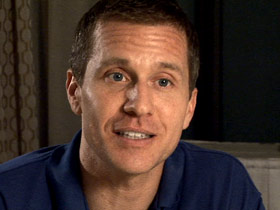 ERIC GREITENS (The Mission Continues): And when you say to them, tell me what you want to do when you recover, every single one of them said to me, I want to return to my unit. They all said I want to return to my unit. Now the reality was, for a lot of those men and women, they were not going to be able to return to their unit. I said tell me if you can’t go back to your unit right away, tell me what else you’d like to do. Every single one of them told me that they wanted to find a way to continue to serve.

SEVERSON: Greitens had made a significant discovery about the dark space so many veterans find themselves in when they get home. It’s not so much that they feel unwelcome. They feel unneeded.

NATASHA YOUNG: I was depressed. I was doing a lot of self-pitying at the time. That’s when I came across The Mission Continues.

SEVERSON: Natasha Young was in the Marines for 12 years, a Gunnery Sergeant medically discharged a year ago with cancer and PTSD. 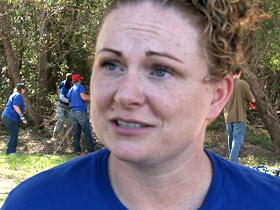 YOUNG: There was no shortage of organizations offering free items like movie tickets or…that’s not what I needed. I needed someone to say that, you know what Staff Sergeant Young, you’re still needed. You have valuable, tangible skills that you can still utilize in your community.

SEVERSON: There are 72 vets in this group out of over 700 who applied. Getting accepted as a Fellow is not easy. Spencer Kympton, the 2nd in command of The Mission Continues is a former Blackhawk helicopter pilot.

SPENCER KYMPTON: You have to be able to demonstrate that you’re not done serving, that you have a particular passion to serve in the same way that you did when you raised your right hand and said you’d support and defend the constitution of the United States.

SEVERSON: The vets who are accepted are hooked up with local nonprofit organizations in their communities.

KYMPTON: Whether that’s mentoring low-income kids, or building homes for the impoverished, or training service animals for people with disabilities, you know those are positive role models for those communities. 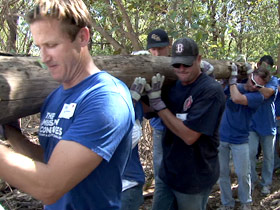 SEVERSON: For their 6 months of volunteering, they receive a stipend of roughly 7000 dollars from The Mission Continues which receives it’s funding from foundations and companies like Target, The Home Depot and Southwest Airlines.

On this day, before they return to their communities, they’re bussed to the Trinity River, south of the Dallas skyline, for a final group effort, to clear brush and create an overlook along a newly opened trail. Eric Greitens says what we see here is an example of how military training can work in civilian life.

GREITENS: There’s a tremendous set of skills and abilities which they bring back from their military service that they can now use here at home. They’ve all learned what it takes to work with a team and accomplish a mission. They’re all used to being held accountable. They know what it takes to inspire people in difficult circumstances; they know that success doesn’t come easy. So they bring back those skills and also those attitudes which they can apply in a civilian context.

ROBERT BROWN: You take a bunch of veterans and you put them on an objective. It’s gonna get done one way or another. 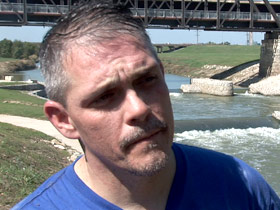 SEVERSON: Robert Brown was discharged from the Marines in 2004. He was suffering from a traumatic brain injury and PTSD.

BROWN: I was an RP. I was a Religious Programs Specialist. Worked with the chaplain, so I worked with suicide guys. We had several attempts. Then…

SEVERSON: You needed some help yourself?

GREITENS: What happens for a lot of veterans when they come home, especially when they get back to their community is that they can go to a very tough and hard place and they start to wonder what’s next for me and they ask themselves why did this happen to me.

BROWN: I had no idea what I was going to do. It made me homeless. I had no money, nowhere to go. And then I finally had enough courage to go back home and hung out with family but that wasn’t working very good, you know, people’s got their own family and kids. 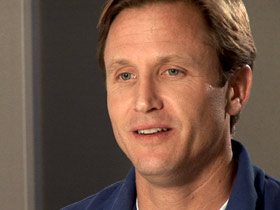 KYMPTON: When you’re in the military, you’re part of something that other men and women to your left and right are part of alongside with you. And it’s a life, it’s a family. So when you leave that very distinct environment, a piece of you is missing.

BROWN: This is the best I’ve felt. I’ve lost 73 pounds. You know, I’ve still got the issues but you know I’ve got some purpose and focus now.

GREITENS: When we make these decisions that we’re going to commit ourselves to making a difference in the life of one person every single day, what happens is we actually build a whole generation of citizen leaders.

SEVERSON: Greitens started The Mission Continues along with a couple friends using his combat and their disability pay. He could have chosen a higher-paying career. He is a Rhodes Scholar, has a PhD from Oxford, and has authored two books. 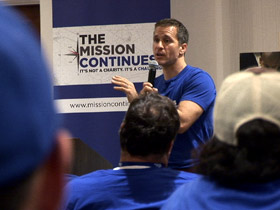 SEVERSON: Greitens is no stranger to public service. He’s done humanitarian work in Cambodia, Bosnia and Rwanda. He says his religion has motivated him.

SEVERSON: The world appears to be a better place for many of the vets who have gone through The Mission Continues. A study by the Center for Social Development at Washington University in St. Louis found that over 70 percent of Fellows have furthered their education, and 80 percent have found civilian employment.

UNIDENTIFIED FELLOW: Delta Class, atten–hut! We are fellows of The Mission Continues.

FELLOWS: (together) We are Fellows of The Mission Continues!

KYMPTON: These folks have already once signed on the dotted line and said that they are willing and able and ready to serve. We’re just saying, “Serve again.”

SEVERSON: The Mission Continues has now graduated over 500 Fellows and plans to recruit far more of the 5 million who have served in the last ten years.