These young men and women find nothing strange in the idea that “God holds the Jews most dear for the sake of their fathers,” as Nostra Aetate teaches. Before they were born, St. John Paul II had already visited the Roman synagogue to pray with the Jewish community. In their lifetime Pope Benedict XVI developed the scriptural interpretation that underlies Nostra Aetate’s teaching on Jewish–Christian relations. Pope Francis co-authored an interfaith reflection on faith and family with a Jewish rabbi and close friend before his election to the papacy. Young people today have never known a church that does not recognize the Jews as the “root of that well-cultivated olive tree onto which have been grafted the wild shoots, the Gentiles.” 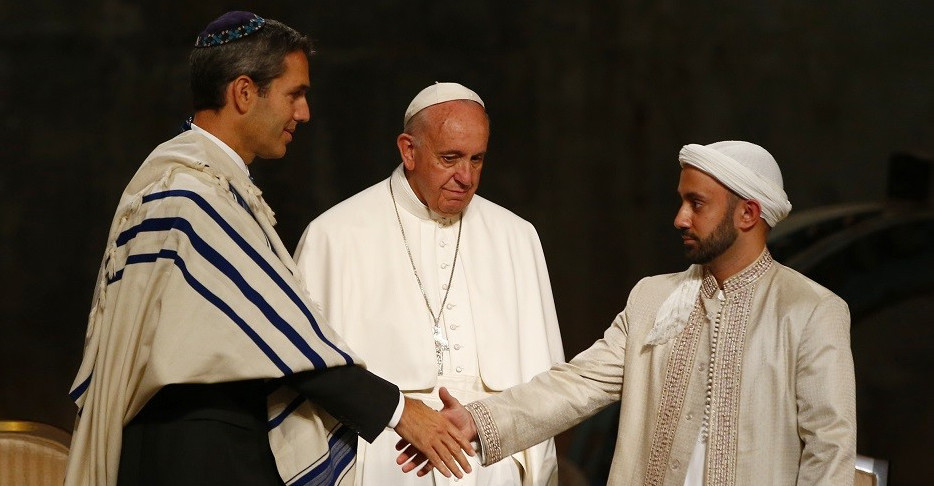 Nostra Aetate is not a fait accompli. “In our time,” the declaration begins, “the Church examines more closely her relationship to non-Christian religions.” In our own time, we must continue the interfaith conversation that Nostra Aetate began. The particular challenge of our own time, I think, is to remember that the goal of this dialogue is not simply tolerance but truth. In the search for common ground that Nostra Aetate calls for, there can be a temptation to give ground, to allow that one vision of reality is as good as another.Nostra Aetate exhorts us to recognize in other faiths what is true and holy. This is not tribalism. The purpose of interfaith dialogue is to strengthen unity and love among men. But it is the truth that allows us to live in unity and harmony. It is our pursuit of truth, with confidence that it will be found, that unites us in interfaith dialogue.

John Garvey is president of the Catholic University of America.