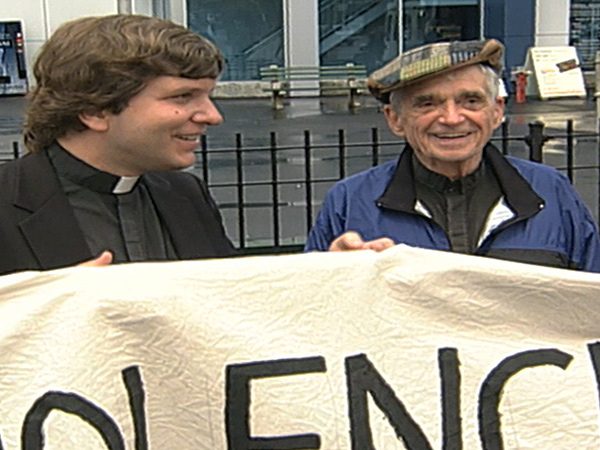 DAVID ANDERSON, correspondent: Father Daniel Berrigan turned 80 this spring. Hundreds of social activists celebrated not only his long life, but his commitment to a ministry that combines work among the poor and dying with militant nonviolent civil disobedience.

PROFESSOR CHESTER GILLIS (Georgetown University, Author of Roman Catholicism in America): If you were to identify Catholic prophets in the twentieth century, he’d be right there with Dorothy Day or Thomas Merton as one of the central figures.

ANDERSON: Berrigan has been a witness at the margins of both church and society. But critics think it too often steps over the line between criticism and an antagonism toward America. Conservative theologian and author Michael Novak:

ANDERSON: Berrigan’s radicalism was formed by the Catholic Worker movement, the ministry to the poor and homeless that grew out of the Depression. He marched in Selma in 1965, was arrested at the Pentagon in a demonstration against the war in Vietnam in 1967. Then, in 1968, Berrigan and his brother Philip, then also a priest, along with seven others burned draft records with home-made napalm in Catonsville, Maryland. 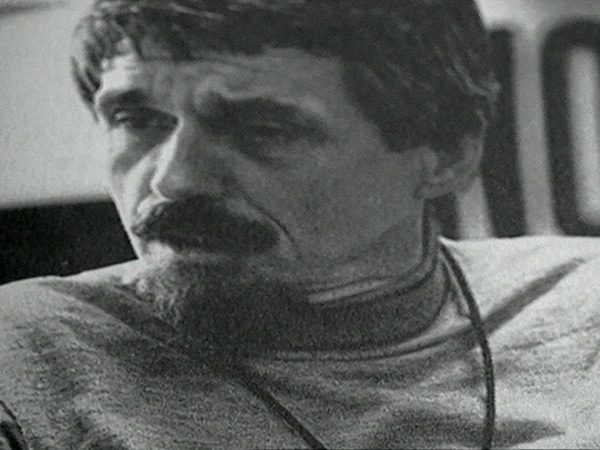 REV DANIEL BERRIGAN, SJ: I could not not do it. And I knew very clearly that that would be the end of a phase, a chapter of my life, and that life would never be the same again.

ANDERSON: For the religious left, the Catonsville Nine, as they became known, sparked a wave of similar protests. After eighteen months in federal prison, Berrigan committed his life to radical civil disobedience, protesting what he called American military imperialism. Through his books—more than fifty—Berrigan became a leading symbol of the radical edge of the Catholic left—a left that is small but still active in a variety of causes. John dear is a friend and fellow activist.

REV JOHN DEAR, SJ: I think we live in a culture of violence. You have a billion people living in destitution. Sixty thousand children die of hunger every day, according to the United Nations, and then this whole litany of violence, from the death penalty to racism to various kinds of injustices. It’s a real culture of violence, a world of violence.

ANDERSON: For Dear and Berrigan, protesting violence is a way of life—most recently, at the USS Intrepid War Museum in New York City. Between them, they have been arrested over 130 times.

Chester Gillis, a historian at Georgetown University, says Berrigan and the movement he symbolizes have influenced the institutional Church. He cited the US Catholic bishops’ 1983 criticism of American nuclear policy as an example. 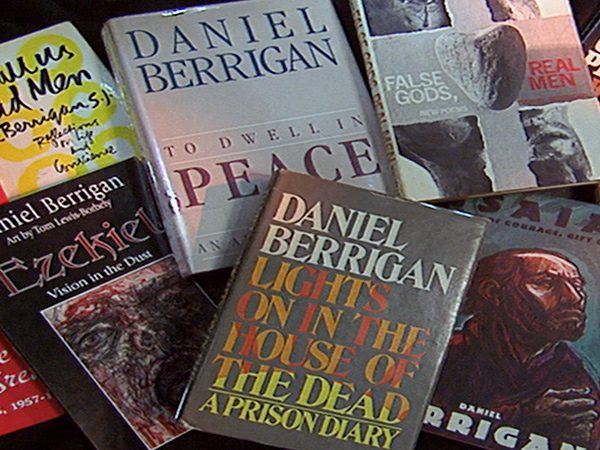 GILLIS: I think the bishop’s pastoral letter about war, and about the nuclear war in particular, was influenced by this community and groups like Pax Christi that have constantly been agitating for the Church to be more of a peacemaker.

NOVAK: Has he been heard? I think he’s been profoundly influential.

ANDERSON: Even critics believe the Catholic left may now be a permanent, although marginal, part of American church life.

ANDERSON: Dear says the activists don’t worry about their size.

DEAR: As Mother Teresa said, the point is not so much to be successful to make a really big difference to be profoundly relevant, but to be faithful, to be faithful to the way of the Gospel. And Dan once made this quip: that a good peace movement starts out small and gets smaller.

ANDERSON: For the Catholic left, the dozens of Catholic Worker groups across the country that minister to the poor and hungry are major recruiting fields. Berrigan and Dear say they attract a new generation of young Catholic activists to the movement.

DEAR: I think young people are hungry for the truth and for something else than that the culture is offering. And when they learn about Dan or hear about our work for peace and justice, they get very excited about it. 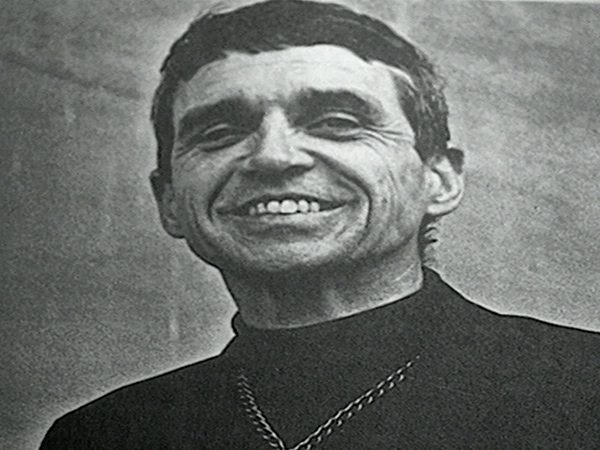 BERRIGAN: I feel a great deal of hope. Not in the American culture as such, but in sort of what’s going on under it all.

ANDERSON: While best known for his antiwar protests, Berrigan is also widely respected as a poet and writer. His friends say his greatest contribution may be his ability to ground his political action in prayer and biblical study.

GILLIS: He’s woven a very rich tapestry. This is not a singular person, a unidimensional person. I think that when history does assess him, it will assess him more widely than simply the antiwar activist.

NOVAK: Part of what they stand for—and beautifully so—is a meditation on the Gospel, what needs to be done to make the Gospel real among us.

GILLIS: It’s rooted in prayer. It is done out of the commitment to the Gospel. That differentiates it from all the other secular movements.

ANDERSON: The movement which Berrigan helped shape may be nearly invisible to most Americans. But at 80, Berrigan is still writing, leading retreats, protesting, and getting arrested.

The Jesuit priest, poet, and antiwar activist died on April 30 at the age of 94. From the R&E archive, we reprise a story we did about Berrigan in 2001 on his 80th birthday. “If you were to identify Catholic prophets in the twentieth century, he’d be right there with Dorothy Day and Thomas Merton,” said Georgetown University professor Chester Gillis.