This summer, dozens of towns in France banned the burkini, the swimwear favored by many Muslim women because it allows them to enjoy the beach while observing Muslim traditions of modesty. The bans came amid a long debate over national security, Islamic extremism, terrorism and, not least, the French principle of secularism.

It also squarely raised the issue of human rights and religious freedom.

But if Samuel Moyn, professor of law and history at Harvard University, is correct, the burkini ban and a host of other laws and court rulings across Europe applied to Muslim dress are less about sustaining the secularization of Europe than they are about preserving a vestige of the Christian origin of human rights and policing Muslims. Islam, it seems, has replaced secularism as the new enemy in Europe, against which human rights and religious freedom are being deployed.

“The Muslim headscarf cases,” Moyn writes of a series of legal cases that began both in the European Court and in separate European nations in the early part of this century, “are troubling not because Europe should return to the public Christianity it has largely given up but because its version of secularism is discriminatory rather than inclusionary.” Indeed, Moyn adds, the Muslim headscarf cases “show contemporary human rights to be not too secular, but not secular enough.” 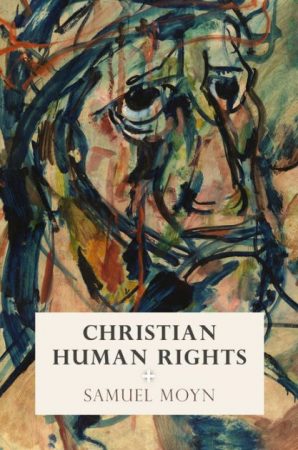 Moyn discusses the headscarf cases at the end of his 2015 book Christian Human Rights (University of Pennsylvania Press), in which he makes the case for understanding the invention of contemporary human rights in the 1940s as a primarily European conservative Christian moment (not be confused with the hard-right conservatism of certain elements of the evangelical Christian movement in the United States).

It is a version of history that runs against the grain of received wisdom and the conventional story of the birth of human rights.

In his previous work on the history of modern human rights, The Last Utopia, Moyn looked at the decade of the 1970s, that moment when human rights emerged “seemingly from nowhere” and began to be “invoked across the developed world and by many more ordinary people than ever before.” In that book Moyn rejected, as he does in his latest volume, the notion that modern human rights began with the revolutions—American and French—of the late 18th century and could be traced back to the Bible and Greek philosophy and forward to the 1945 formation of the United Nations, the 1948 Universal Declaration of Human Rights, and especially Europe’s reaction to the horror of the Holocaust.

Instead, he made the 1970s the crucial point for the development of modern human rights. “In the 1970s, the moral world of Westerners shifted, opening a space for the sort of utopianism that coalesced in an international human rights movement that never existed before.”

Moyn’s latest work on Christian human rights might well be read as a preamble—and even something of a nuanced corrective—to The Last Utopia, challenging the current secular grounding for understanding how human rights developed and its place in the political contexts of that development.

Moyn brings fresh eyes to the events of the 1930s and 1940s, and in a contemporary world saturated with classical liberal secularism he finds some unexpected religious sources as the primary intellectual frame for the conceptualization of modern human rights. These include papal messages, the theology of personalism, and the emerging Protestant ecumenical movement. Key figures include Pope Pius XI, Pope Pius XII, theologian Jacques Maritain, Lutheran historian Gerhard Ritter and, to a lesser extent, Lebanese Christian Charles Malik and Filipino Christian leader Carlos Romulo. The latter two figures were key influences on the drafting of the 1948 Universal Declaration of Human Rights.

“The history of Christian human right in the 1940s is the major part of the history of human rights generally at the time, before the principles inspired the slogans of mass movements and became central elements of contemporary international law,” Moyn writes.

It is a paradoxical history, for over time the church changed what had been secular and liberal into a set of values that were religious and conservative.

Roman Catholic Christianity was, through much of the first decades of the 20th century, a staunch opponent of the secular and liberal notion of human rights, including what became the linchpin right, religious freedom. Indeed, during the 1930s and the rise of fascism and Nazism, major currents of the church were sympathetic to those movements as bulwarks against what seemed to be the chaotic and atomistic individualism stemming from the revolutions of the 18th century. Generally, in the period between World War I and World War II, the Catholic Church celebrated, and viewed as victories for its social teachings, the collapse of liberal democracy and the rise of authoritarianism in Austria, Spain, and Portugal in the 1930s, and of Vichy France during the Second World War. 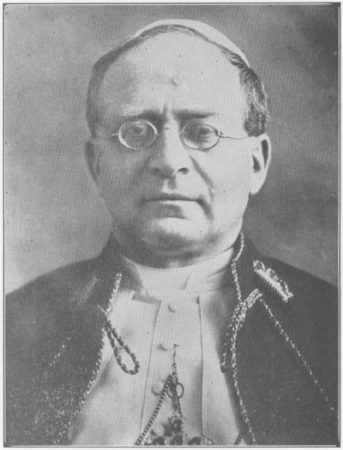 Moyn sets the first crucial date for the development of Christian human rights as 1937, when the papacy—the dying Pope Pius XI and his successor Pius XII—began to realize the threat posed to the moral community by totalitarian movements of the left (the Soviet Union) and, to a lesser extent, the right (Mussolini and Hitler). Additionally, the popular notion of the concept of the `”human person” was becoming central in Christian political thought, exemplified by its inclusion in the new Irish Constitution of 1937.

In the 1930s, the concept of dignity, so crucial to human rights, gradually shifted in Catholic social teaching away from a corporate understanding—dignity residing a groups such as workers or families—to individuals as exemplified by the Irish, “the true pioneers both in the development of religious constitutionalism and in symbolizing its project through appeals to human dignity,” Moyn writes.

Alongside his extensive discussion of the Irish Constitution, Moyn also provides a long look at the development of the theological concept of personalism. “Forgotten now,” Moyn writes, “the spiritual and often explicitly religious philosophy of the human person was the conceptual means through which continental Europe initially incorporated human rights—and, indeed, became the homeland of the notion for several decades.”

Personalism has a motley and messy history, but according to 1930s-popularization of the idea it was an anti-liberal conception poised against both individualism and collectivism and meant to be a repudiation of the materialisms of liberalism and communism. “Most boldly, personalists claimed that capitalism and communism, apparently foes, deserved each other and canceled each other out in their common materialism,” writes Moyn. 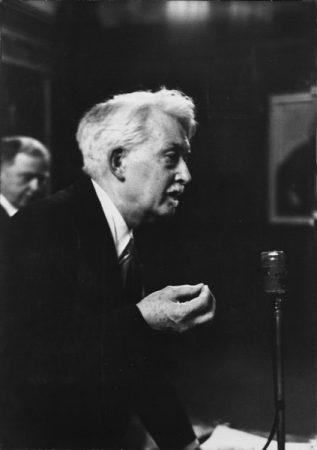 Personalism’s most prominent advocate was the French philosopher and theologian Jacques Maritain, who first introduced the concept of “the person” in 1925 in his book Three Reformers. He did not return to the idea until 1936, after he had evolved from his former authoritarianism. Yet, Moyn says, in his 1936 book Integral Humanism Maritain spelled out his politics of the person “without endorsing rights, a clear signal of his proximity to nonconformist and illiberal currents in European thought.”

Yet Maritain and the larger Catholic Church did convert to personalism as part of Pius XI’s commitment of the Church to anti-totalitarianism and as the Church’s spiritual alternative to totalitarianism. “The crucial leap occurred,” Moyn observes, “when Piux XI began to use the term in a more serious and organizing way toward the end of his papacy.’’ In his 1937 encyclical Mit brennender Sorge (“With Burning Concern”) the pope declared, “Man, as a person, possesses rights that he holds from God and which must remain, with regard to the collectivity, beyond the reach of anything that would tend to deny them, to abolish them, or to neglect them.”

An evolved Christian personalism—as opposed to individualism and constructed as a conservative response to the debacle of a shattered European community—won the day and came to be a cornerstone of the Christian Democratic parties that took power in the first decades after World War II. Christian Democracy, Moyn writes, was the single most defining feature of the post-War European political settlement.

While much of Moyn’s focus is on the development of personalism, human dignity, and human rights in a Roman Catholic context, he also looks at the contributions of Protestantism, especially the emerging ecumenical movement and the 1948 Amsterdam conference of the World Council of Churches. A chapter called “The First Historian of Human Rights” highlights the now all-but-forgotten work of Lutheran historian Gerhard Ritter, beginning with his 1948 lecture, “The Origin and Nature of Human Rights.” Says Moyn, “It is fair to say that was the first history of human rights ever written.”

For Ritter, as for the Catholic clerics and intellectuals of the era, “the new human rights were about conservative defense of old verities, not progressive betterment of the world” and shoring up a conservative moral-political “Occidental” order against both individualistic democracy and collectivist communism. 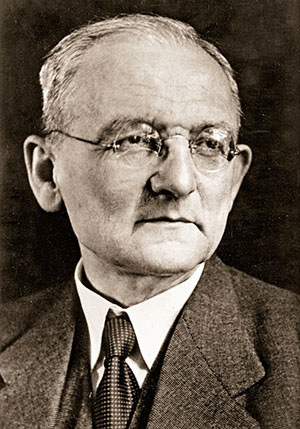 On the European continent, Ritter argued, democracy was “wholly foreign to history” and would be “profoundly destructive, compromising the very freedom of the personality that it was alleged to secure.”

While Christian human rights continued to be central in the first decades after World War II and through much of the Cold War, after what Moyn describes as the “extraordinary decline” of Western European Christianity that began in the 1960s, the essentially Christian aspect of human rights became obscured.

“But the truth is that the history of human rights eventually became largely untethered from the profoundly Christian moment in world affairs that helped birth the principles between the 1930s and 1940s,” he writes.

In a final chapter, Moyn focuses on the transition of human rights in Europe as a Christian bulwark in the anti-communism of the Cold War to the ongoing debate over the role of Islam in Europe’s increasingly secular public life.

Although written before this summer’s sharp debate over the French burkini ban, Moyn follows earlier European court cases in which the jurists created a so-called “democratic minimum.” Under that rubric, Moyn contends, “Muslim practices can be plausibly viewed as threats to a democratic minimum, justifying state abridgement of rights….” The doctrinal basis on which the rulings rest in the string of cases about public Muslim practices is ultimately not about religion in general or Islam in particular. “Instead,” writes Moyn, “its source lies in the continuing Cold War anxiety that secular communism would topple Christian democracy.”

Moyn argues that current European secularism is hypocritical and discriminatory rather than inclusionary; it singles out Muslim practices while giving Christian practices a pass.

In a final odd, pessimistic, and somewhat unconvincing epilogue, Moyn attempt to compare the rise and the contemporary situation of human rights with the globalization of the Christian church. “Christianity is the global faith that many would like human rights to become,” he writes. The true globalization of Christianity, he argues, began after World War II, and its growth in Africa and Latin America, symbolized by the election of Pope Francis, has made Christianity a religion of the global south.

“By comparison to the history of Christianity, both ancient and recent, human rights have a long way to go,” Moyn argues, adding that “the secular gospel of human rights has experienced nothing like Christian success.”

“However much governments learn to pay it lip service, human rights are so far limited, and perhaps already halted, in their spread as a vocabulary of identification or even a language of advocacy,” Moyn maintains. “Empirical studies demonstrate that human rights have not yet become a grassroots idiom, let alone a popular cause.”

Yet the vision of the human rights movement remains open and, says Moyn, “unredeemed…Today…a debate rages among measurement experts about whether human rights make any difference.”

“Human rights activism has transformed the nature of idealism to an impressive extent over a short space of time,” Moyn concludes, “but [it has] left the world more similar than one might hope,”