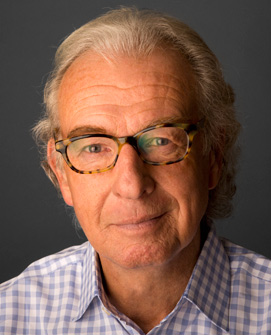 David Tereshchuk is a print, broadcasting, and Internet journalist originally from Britain and now based in New York. He was a producer and correspondent reporting throughout the world for the ITV network in London, and he also wrote for newspapers and magazines, including The New York Times, The Guardian, and The Observer. Since 2004 he has published the media criticism column “The Media Beat,” initially for Tribune Newspapers and now online at www.TheMediaBeat.us, and he appears every week on Connecticut’s NPR radio station WHDD to discuss media ethics. He made documentaries for CBS News, ABC News, and the Discovery Channel, served as a consultant for the United Nations on media issues, and taught broadcast news at Columbia University’s Graduate School of Journalism. He has been producing and reporting stories for RELIGION & ETHICS NEWSWEEKLY since 2012.