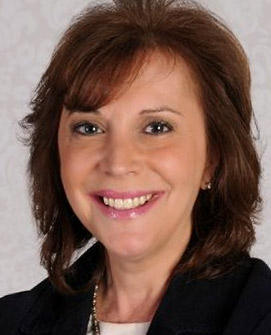 Judy Valente is an award-winning journalist and a published poet. She served as a staff writer for The Washington Post and at The Wall Street Journal in the Chicago and London bureaus. She was twice a Pulitzer Prize finalist — most recently in 1993 — for her front page story in The Wall Street Journal chronicling the life of a Midwest father caring for his son dying of AIDS. Her articles have also appeared in People and Parade magazines. Valente is also the author of “Twenty Poems to Nourish Your Soul,” an anthology of poems and reflections on finding the sacred in the everyday.

Valente gives frequent talks on faith and work issues and often serves as a speaker at spiritual retreats for women and young professionals. She also has been a consultant to the Garrett-Medill Center for Religion and News Media at Northwestern University.

Valente has also received acclaim for her poetry; winning the 2005 Aldrich Poetry Prize for her chapbook, “Inventing an Alphabet.” Her book “Twenty Poems to Nourish the Soul” was honored as the 2008 first runner-up for the Eric Hoffer Book Award in the poetry category. The Hoffer Awards recognize excellence in publishing by independent presses.

Valente has a bachelor’s degree in English and the classics from St. Peter’s College in Jersey City, N.J., certificates from the Sorbonne in Paris and the Dante Alighieri School of Languages in Siena, Italy, and an MFA in creative writing from the School of the Art Institute of Chicago. She resides in Chicago and Normal, Illinois, with her husband, Illinois circuit court judge Charles G. Reynard.