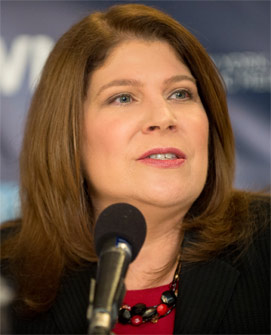 Kim Lawton is an award-winning reporter, producer, writer and editor who has worked in broadcast and print media covering religion, ethics, and culture.

She is Managing Editor and Correspondent for the highly-acclaimed national public television program “Religion & Ethics NewsWeekly,” where she oversees news coverage and appears as a regular on-air correspondent. She also provides exclusive content for program’s award-winning website. She is on Twitter @KimLawtonRandE and has a Facebook page: “Kim Lawton on Religion & Ethics NewsWeekly”

Lawton is a frequent commentator on issues of faith and spirituality, appearing on outlets including MSNBC, CNN and the BBC. Her articles have appeared in numerous publications including THE LOS ANGELES TIMES, THE WASHINGTON POST, THE DALLAS MORNING NEWS and THE CLEVELAND PLAIN DEALER.

Over the course of her career, she has worked on assignment in more than 25 countries.

She resides in Northern Virginia.