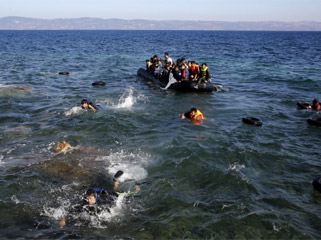 In Europe, government and humanitarian officials continued seeking solutions to the burgeoning migrant crisis. At an emergency European Union summit this week, leaders debated new ways to “regain control” of the borders. According to the UN High Commission on Refugees, nearly half a million people have arrived in Europe this year by sea alone. Thousands more keep pouring in every day. Most are from Syria, Iraq, and North Africa. Meanwhile, Secretary of State John Kerry announced that the US will now take in at least 85,000 refugees in 2016 and 100,000 in 2017. Several faith groups praised the expanded US effort but said it still isn’t enough to meet the crisis.