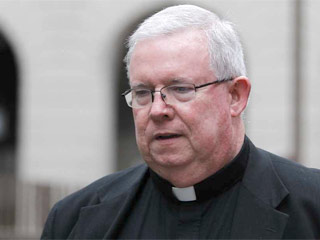 In Pennsylvania, the first U.S. Catholic church official convicted in the clergy sex abuse scandal was ordered back to prison this week. Monsignor William Lynn was convicted in 2012 for his role in covering up sex abuses by priests he supervised. He served 18 months of a 3-to-6-year sentence in state prison before his conviction was reversed. He has since been under house arrest, but his conviction was reinstated this week by the state’s Supreme Court.