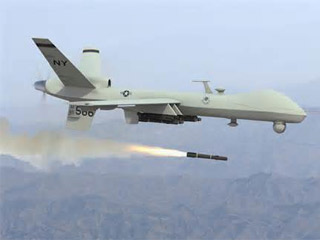 There have been sharp new moral questions this week about America’s use of weaponized drones in the war against terror. President Obama acknowledged that three Americans, one of them a hostage, were killed in US drone strikes against al-Qaeda. Two of the Americans were suspected of working with al-Qaeda, although the president said they were not directly targeted. The third, Warren Weinstein, was a longtime aid worker who was abducted in 2011. Obama apologized for the killing of Weinstein and an Italian hostage. Some critics say the US drone campaign violates international law.

Watch R&E’s interviews  and reports on drone ethics and the ethics of war.