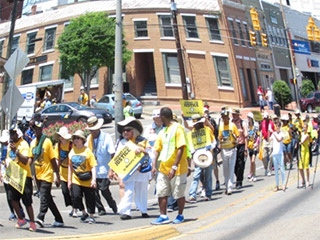 Faith leaders from across the spectrum are participating in the NAACP’s 40-day march for racial justice that began in Selma, Alabama and will end in Washington, DC. The marchers spoke of continuing inequalities in America, including incidents of police violence against blacks over the past year. The march comes amid the one-year anniversary of the Ferguson shooting death of 18-year-old Michael Brown by a white police officer. Several churches and other religious groups have planned special activities to mark that event.