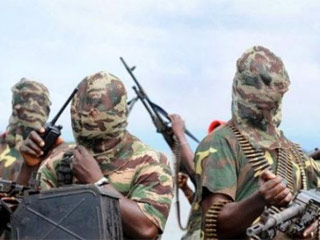 In Nigeria, Christian leaders urged prayers for schoolgirls who were abducted by the Islamist Boko Haram group last week. Officials said 234 girls were kidnapped from their boarding school. Forty of them were reported to have escaped. Boko Haram has carried out numerous attacks on civilians over the past several years, especially in recent weeks. More than 1,500 people have been killed in attacks this year.