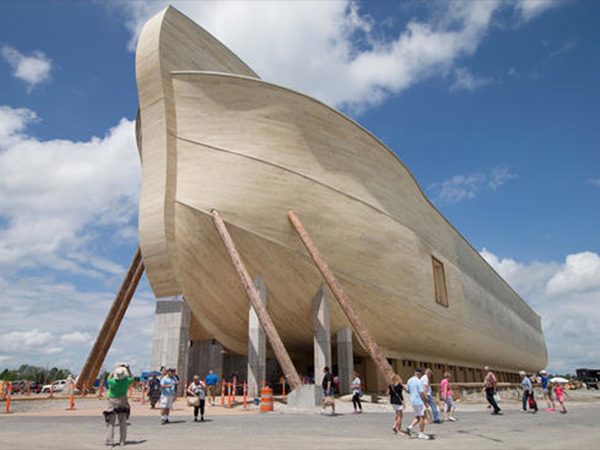 A massive 510-foot-long replica of Noah’s ark opened this week in Kentucky. Its builders are biblical literalists who spent $100 million to promote the Bible’s account of the flood and creation, which they say took place 6000 years ago. This new ark has models of animals, but no actual creatures. Among those who attended the opening on Thursday (July 7) were some who reportedly came two by two.