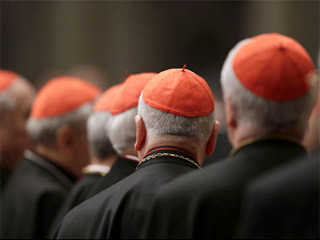 Pope Francis this week appointed his first group of cardinals, and his choices suggested his embrace of the church’s growing diversity. Europeans and especially Italians have historically dominated the College of Cardinals, but many of the 19 new cardinals are from the global South, especially developing countries in Latin America, Asia, and Africa. None of them was an American, and only four were Vatican officials. Observers said the pope’s choices were a clear sign of his preference for the poor and marginalized. The new cardinals will be formally installed in February. Francis also delivered his strongest remarks yet against abortion during his annual State of the World address to a group of Vatican diplomats. He called abortion a horrific practice, and a sign of “the throwaway culture.” Francis has been criticized by conservative Catholics for not speaking out against abortion as much as previous popes did.