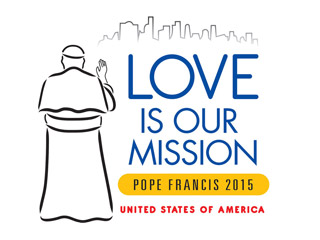 Pope Francis says he holds “great hope” for his upcoming visit to the U.S. He asked Catholics around the world to join him in prayer. Francis arrives here Tuesday (September 22) after spending three days in Cuba. Hundreds of thousands are expected to attend his various public events in Washington, New York, and Philadelphia. Many Catholic, and non-Catholic, groups have planned special service projects, rallies, and vigils to coincide with the visit.

View of a schedule of the pope’s visit.

Managing editor Kim Lawton asks American Catholics about the beliefs that shape the pope’s view of the world, and Stephen Schneck and Tom Roberts join host Bob Abernethy in the studio for a conversation about their expectations for the pope’s trip.