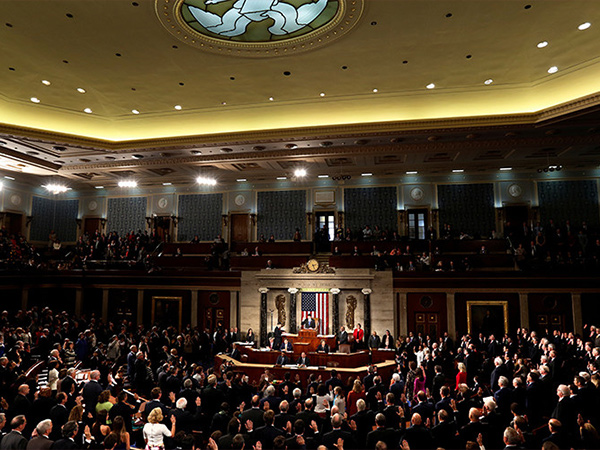 The new 115th US Congress was sworn in this week, and it’s is almost as Christian today as it was in the early 1960s, according to a new analysis by the Pew Research Center. Ninety-one percent of the members of Congress describe themselves as Christians, including all but two of the 293 Republicans. There is more diversity among Democrats. Twenty-eight are Jews, three are Buddhists, three are Hindus, two are Muslims, and there is at least one Unitarian Universalist. Although 23 percent of the general public is religiously unaffiliated, only one member of Congress described herself that way, and although overwhelmingly Christian, Congress has become less Protestant over time. Thirty-one percent of Congress today is Catholic, up from 19 percent in 1961.