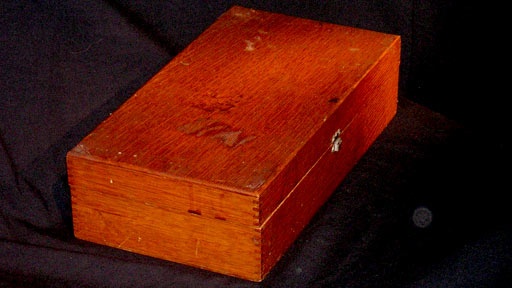 A Missouri resident recently inherited a number of items that had been in her family for over 130 years, including an unusual wooden box.

The label affixed to the inside of the box contained the date 1894 and language that suggested the box once contained a birth control device.

But on March 3, 1873, a law was passed in a late-night session of Congress banning the sale and distribution of contraceptive devices, which many considered to be the tools of immorality.

In the late 19th century, for every 1,000 pregnancies, seven women died during childbirth. So a woman wishing to avoid pregnancy is left with few options. What could she do?

If this is indeed true, how would a family in remote, rural Missouri obtain such a device, during a time when such items were banned and considered lewd and immoral?

History Detectives picks up the case in Missouri, with a story that just may change the way we think about the history of family planning in America.