Who is Steve Bannon? The View from Four Breitbart Staffers

Before the White House, before the Trump campaign, Steve Bannon had “the Breitbart Embassy.”

From the outside, the red brick row house doesn’t look like much – an ordinary Washington, D.C. residence, just a short walk from the Supreme Court. But as the nerve center for Breitbart News, the embassy has in just a few short years become an influential address in the nation’s capital.

Bannon himself rarely talks publicly about the worldview at the center of his politics. It’s one reason why for all his influence inside the West Wing, he remains one of the most enigmatic figures in American politics.

Since the time Bannon took over Breitbart in 2012, however, the site has served as a laboratory for his brand of “America first” populist nationalism. Breitbart readers — including Donald Trump himself — have embraced stories on everything from “black-on-black violence,” Islamist terrorism, violence by immigrants, a corrupt globalist elite and culture under assault. Under Bannon, Breitbart not only became a dominant media force in GOP politics, but also a springboard for him into the Trump orbit.

Over the course of reporting the new documentary, Bannon’s War, FRONTLINE sat down with four current and former Breitbart staffers to gain a fuller understanding of who Bannon is. In the videos above, they open up about what his worldview is, why he’s so controversial and why he was able to find common cause with Trump. Bannon, for his part, did not agree to an interview, despite multiple requests. 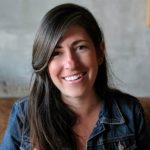