Established in 1919 by President Woodrow Wilson, Veterans Day (which is always November 11, to commemorate the date when WWI armistice was signed) has become a tradition to “honor America’s veterans for their patriotism, love of country, and willingness to serve and sacrifice for the common good.” While we all applaud the services of veterans, not many of us understand the deep conflicts and trauma experienced by soldiers, not only during combat but long afterwards.

In these eight documentaries, the lives of various veterans are skillfully displayed with humanity, nuance, and brutal honesty, and exemplify some of the best work in documentary filmmaking.

In this resolutely unflinching documentary, two journalists (photographer Tim Hetherington, who tragically was killed while covering the Libyan civil war, and journalist Sebastian Junger) chronicle the 2nd Platoon of Battle Company as they travel to the Korengal Valley of northeast Afghanistan, considered at the time one of the “deadliest places on Earth.” Through intimate verite footage, the film illuminates the daily pulse of military life, from boyish pranks to the confusion and terror experienced in high-risk combat.

For these soldiers, fear turns to sorrow when a beloved platoon medic is killed. To honor him, the squad bands together and names their outpost after the deceased PFC Juan Sebastian Restrepo. Nonetheless, reality is inescapable on the front lines. Amidst gunfire and stilted interactions with locals, both civilians and soldiers are left dead, forever transforming the soldiers and the people they aim to serve.

Winner of the Grand Jury Prize for best documentary at the 2010 Sundance Film Festival, Restrepo was nominated for an Academy Award and named one of the top documentary films of 2010 by the National Board of Review. Available on Netflix.

In the nation’s only emergency hotline for U.S. veterans, the U.S. Department of Veterans Affairs suicide hotline provides services that can truly be the difference between life or death. In a modest office in Canandaigua, New York, a small group of dedicated staffers answer calls, or more accurately, cries for help, from veterans on the brink of emotional and mental breakdowns. Some are pondering ending their lives, others are actually in the process of doing so. The workers on the line carefully and compassionately ground desperate veterans and remind them of who they are — sons, fathers, and irreplaceable members of society. They listen to horrific tales of death and despair and partner with local police to make sure these traumatized individuals know there is hope and people, even strangers, who care.

A tremendously moving testament to the need for services for veterans suffering from PTSD, this Academy Award-winning documentary exemplifies the power of a small group of people willing to lend an empathic ear. Available on HBO and Amazon Video.

Award-winning director of Winter’s Bone, Debra Granik crafts a masterfully restrained portrait of Ron “Stray Dog” Hall. A Vietnam veteran who runs a trailer park in rural Missouri, Stray Dog spends his days contemplating the hazy business of the past, while trying to help others cope with their own experiences of war. By his side is his mercurial wife, Alicia, a Mexican immigrant, whose patience and acceptance is lovingly reciprocated by the gruff, bearded biker. Although they live in a trailer, Alicia’s teenage sons eventually join them, forming an unlikely family unit.

Granik’s elegant, lyrical cinematography allows viewers to experience emotion through spaces, even as Stray Dog joins thousands of bikers on a cross-country ride to the Vietnam Memorial in Washington, D.C. Winner of the Best Documentary Feature at the Los Angeles Film Festival. Now streaming on Independent Lens.

While U.S. policy banned women from serving in direct ground combat, during the 2003 invasion of Iraq, female soldiers were increasingly needed to assist on the front lines. As a loophole, women were attached temporarily to all-male units, but were not officially recognized.

Lioness tells the story of the first program in American history to send women into direct combat. These soldiers were sent to high-risk zones without the proper training their male counterparts received, yet remarkably served with ingenuity and courage. Many of them, in fact, never expected to serve on the ground. They demanded to learn how to operate weapons and taught themselves as they went along, providing invaluable services, particularly since male soldiers were not allowed to search local women. The film also illuminates the haunting specter of PTSD that follows many of them upon returning home.

In light of recent strides made by female graduates of the Army’s Ranger course, Lioness is a timely and beautifully crafted documentary that displays the trials and tribulations of those we consider the fewer, and the prouder.

Given filmmaker Dennis Danfung’s experience as a war photographer (his covered the wars in Iraq and Afghanistan and his photographs have been published in Newsweek, TIME, The New York Times, The Washington Post, The Guardian, Rolling Stone and more), it’s no wonder Hell and Back Again was awarded both the Grand Jury Prize and Cinematography Prize at the 2011 Sundance Film Festival for Best Foreign Documentary, as well as being nominated for a 2012 Academy Award.

The first thing Sgt. Nathan Harris says to his wife when he returns home is how much he hates the mundanity of suburbia. He loves his guns. Life could not be more different in North Carolina than it was facing Taliban insurgents in southern Afghanistan. Now seriously injured, Harris faces the possibility of never being able to fully walk again. Even more traumatic than his physical ailments, however, may be what the film calls “one man’s personal apocalypse.” By juxtaposing a civilian landscape with a war zone soundtrack, the film expresses the deep psychological conflicts experienced by its protagonist, who is at turns humorous, violent, and despondent. Available on Netflix.

A haunting documentary that follows five veterans from different generations of wars, The Good Soldier poses the hard question: what is it that makes a good soldier? Through telling interviews with U.S. veterans from WWII, and the Vietnam, Gulf, and Iraq wars, the film explores the conflicts soldiers faced in light of the brutality of combat and how their attitudes toward war changed as they returned. Juxtaposing archival ground footage with intimate present day interviews, the film is a complex portrait of what it means to be a soldier. Available on Amazon Video.

The Academy Award winner for Best Documentary Feature, this engrossing account of artist Maya Lin chronicles the tumultuous process of creating the Vietnam Veterans Memorial. Lin was a mere undergraduate at Yale University when she was chosen to design the prestigious memorial to be erected in the nation’s capitol. She soon faced enormous pressure, however, to compromise her sculpture as controversy and bureaucracy intervened. Freida Lee Mock‘s accomplished film covers a decade of the artist’s work, including her design of the Civil Rights Memorial and the Yale Women’s Table, and illuminates the lasting impact her work has had throughout the nation.

Ben Kuroki was 23 years old when he decided to join the U.S. Army Air Forces in response to the Japanese attack on Pearl Harbor. Raised in Hershey, Nebraska, Kuroki helped out on his family farm before becoming the only Japanese American to serve in the US Air Force during WWII. This moving documentary reveals Kuroki’s courage and commitment to serve his country, despite heightened anti-Japanese sentiment during this time throughout the U.S. He flew 58 combat missions over Japan, Europe, and North Africa, and also spoke out against the internment of Japanese Americans. The film brings viewers back in time through interviews with Kuroki, fellow airmen of the 8th and 20th Army Air Forces, and Nisei internees who met Kuroki on a visit to the camps. Kuroki passed away on September 1, 2015, at the age of 98.

Read also the essay on PBS, “Shame, Honor, and Duty,” and an NPR piece about the film.

Powerfully acted (Jane Fonda and Jon Voight both won Oscars for their performances) and heartfelt drama really hit home in the immediate aftermath of Vietnam as America was still healing and waking from that nightmare. The film may not have quite the same impact today, but the portrayals are real and the story is an important one to tell.

Winner of a mere seven Academy Awards in 1946, including Best Picture, Best Director (William Wyler), Best Actor (Fredric March), Best Supporting Actor (the amazing Harold Russell, who lost both his hands while serving in WWII), for this truly moving ensemble drama about three US servicemen readjusting to life back home after returning from the battlefields.

Probably the most intense (to say the least) and overtly cinematic of the films listed here, Michael Cimino’s The Deer Hunter made jaws drop in 1978 and still holds great power, especially given the amazing cast (Robert De Niro, Christopher Walken, Meryl Streep, John Savage, John Cazale), in this (did I mention it was intense?) story of a group of friends from a small Pennsylvania town who are inexorably changed by the Vietnam War.

Another superbly acted drama (by stars Ben Foster and Woody Harrelson, among many others) in which Foster plays an army staff sergeant who returns home from Iraq a hero, and his reward is to be assigned as a casualty notification officer, paired up with a recovering alcoholic. Moving and quietly powerful.

Underrated, slow-burning drama starring an excellent Linda Cardellini (Freaks & Geeks, ER, Avengers) and Michael Shannon (99 Homes) about a woman soldier who returns to her family, friends, and old job after a tour of duty, and finds it very hard to adjust. Could very easily have fallen prey to cliché but remains true throughout.

What are your own recommendations for great films, documentaries or features, about veterans coming home? 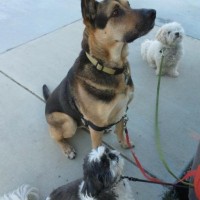 Christine Kwon is a writer, producer, and film curator. She served as the Festival Managing Director at the Center for Asian American Media (CAAM), and is the creator of the original comedy series Nice Girls Crew. She teaches film in the Ethnic Studies Department at UC Berkeley, and has curated programs for Oddball Film and Archive, the San Jose Museum of Art, and Ladyfest. She is currently producing the documentary Breathin’: The Eddy Zheng Story.
VIEW ALL POSTS BY Christine Kwon
Please review our comment guidelines.