Bittersweet — this is the taste you’re left with after watching Harvest Season’s central storylines come to a close. Loved ones are reunited while wineries are engulfed in flames and the one constant through all the personal, natural, and political chaos is, as clichéd as it sounds, change.

“I believe that what happens in the wineries is a cycle,” says winemaker Vanessa Robledo as she grapples with the impending destruction of her vineyard — the first she independently cultivated, against the wishes of her male-dominated, multigenerational winemaking family. “These plants are sick,” she explains. “We are going to be replanting the entire vineyard.”

Harvest Season serves as a reminder that agriculture is notoriously sensitive to the ebb and flow of external forces — natural disasters, economic movements, and political change. Filmmaker Bernardo Ruiz artfully depicts the Sonoma and Napa wine industry as a modern microcosm for this ever-changing delicate balance. But the small-scale cycles presented in Harvest Season naturally beg a historical question. What past iterations of turmoil brought the winemaking industry in Sonoma and Napa to where it is today?

Viruses, fires, migration crises, and political disarray have, and will continue, to dictate the personal stories of wine industry workers. Harvest Season depicts one moment in time within a greater regional history of winemaking in Sonoma and Napa, the roots of which can be traced back as far as 19th century Hungary. To give a broader perspective on the uniquely Latino viticultural moment in history that Harvest Season occupies, we’ve compiled an abridged chronicle of the region starting at the Mexican Revolution, through Prohibition, the Great Depression, the Bracero Program and beyond.

In stark contrast to today’s policies, the early 1900s were characterized by a relatively uninhibited flow of migration from Mexico to the United States. While varying legal measures (in 1917, 1921, and 1924) restricted European and Asian movement into the US, migration from Mexico remained free-flowing.

Throughout the 1910s the Mexican Revolution’s series of internal civil wars further spurred movement across the border. Refugees who fled were often put to work on California farms where wages were greater than those available in Mexico’s civil war economy, but conditions were abhorrent. In this period, California farmers leveraged and established exploitative patterns of intolerable living and working conditions that continue to mar the agricultural industry profiled in Harvest Season.

Leading up to the Great Depression, two particular events — one sociopolitical, the other natural — uniquely afflicted Sonoma and Napa winemakers. Phylloxera, a grape virus similar to that which plagues Vanessa Robledo’s fields in Harvest Season, routinely threatened the elimination of Napa vineyards throughout the 19th and 20th centuries. While farmers often teetered on the edge of destitution by infestation, the 18th Amendment — aka, Prohibition — then effectively devastated the already-struggling Sonoma and Napa winemaking industry when it was enacted in 1920.

A couple loopholes in the Volstead Act (which established Prohibition) were all that helped wineries subsist in the area during that time: both sacramental and home-produced wine, for personal consumption only, remained legal to make. Surviving winemakers from this period clung to these two viticultural avenues and, after the 1933 repeal of the Prohibition, went to work rebuilding the Napa and Sonoma wine industries.

On the repercussions of this sentiment, Annalisa Merelli of QZ writes:

Effectively, they were the chosen scapegoats of the moment, raided and either deported or scared to the point of leaving the country by themselves, regardless of whether they held US citizenship. Francisco Balderrama, a California State University historian who wrote about the mass deportation, told NPR that “whether they were American citizens, or whether they were Mexican nationals, in the American mind—that is, in the mind of government officials, in the mind of industry leaders—they’re all Mexicans. So ship them home.”

Napa and Sonoma county wineries furthered patterns of immigrant exploitation in this era of economic uncertainty, taking advantage of workers’ desperation to outfit migrant laborers with unlivable conditions and wages. These same laborers were, in turn, blamed for hijacking work that no one else would do throughout the Depression and beyond — even after the US economy bounced back.

WWII AND THE BRACEROS

The World War II era induced both expanded economic opportunity and overwhelming labor shortages. These conditions prompted the establishment of the Emergency Labor Program (1942), known as the Bracero Program — a route for Mexican migrants seeking secure work to gain temporary employment in industries like agriculture and railroad building.

These grueling jobs re-upped Mexican immigration and supported American industries throughout WWII. While the railroad portion of the program was eliminated in 1945, winemakers throughout California continued to support the Bracero Program as a means to cheap, increasingly exploitative labor. Harvest Season‘s Vanessa Robledo’s family first settled in a labor camp established in Sonoma County by the Bracero Program, and winemaking families throughout Sonoma and Napa today can trace their roots similarly.

Demand for cheap labor continued to fuel both racial tension and dreadful working conditions throughout the 1950s. Public Law 78, the so-called Korean War “emergency measure,” granted distinct legal recognition in 1951 to contracted Mexican laborers, effectively serving as the basis for the Bracero Program’s continuation. By 1960, Braceros made up about 25% of the US seasonal agricultural labor force while California growers began to more regularly recruit and employ illegal migrants to work for the low wages established, in part, by the Bracero Program.

Legislators attempted to address the mass illegal immigration/deportation cycle with the shockingly named “Operation Wetback” (1954). A direct response to the overwhelming number of Mexican migrants recruited to illegally perform agricultural work in the US, this massive undertaking resulted in deportations of over a million Mexican migrants — the largest mass deportation in American history.

Despite the operation’s goals and military-style execution, border recruitment of illegal workers by American growers continued. California farms were specifically reliant on Braceros through this distinctly oppressive historical moment, demonstrating just how critical the work of this community has been and continues to be in the state’s agricultural industry.

Throughout constant immigration and economic turmoil, one thing remained constant — the unlivable nature of migrant labor. Outrage over harsh conditions eventually contributed to the Kennedy administration’s decision to discontinue the Bracero Program in 1963.

Farm owners opposing the conclusion of the program argued that California farm output would plummet without the Braceros. Those supporting the program’s elimination contested that the Bracero Program had established exploitative employment patterns and continued to encourage underhanded labor practices.

In 1965, just one year after the program’s conclusion, California farm output reached a “new high” in yield (as noted in Picture This: California’s Perspectives on American History)– though there was no drastic improvement of agricultural labor conditions. The Bracero Program’s migration patterns brought about the settlement of much of today’s Napa/Sonoma wine-making community but, at the same time, established a status quo maintaining grievous employment practices that still persist today.

BEYOND SONOMA AND NAPA

Many of Harvest Season’s narratives plainly derive from the Bracero Program’s lasting effects. The program catalyzed the growth of a full-bodied, flourishing Mexican American community in Napa and Sonoma, but simultaneously activated unimaginable daily difficulties for these community members to surmount.

Harvest Season’s roots are inseparable from the foundations of several other movements, pieces of legislature, and stories across Californian and American history. The organizational and legal achievements of Cesar Chavez, Dolores Huerta, and the United Farm Workers are directly reactionary to these same foundations. While that particular fight isn’t necessarily centered in Sonoma and Napa, the shared groundwork and lasting impact of both plights are one and the same. The Independent Lens film Dolores and The Delano Manongs (about Filipino farmworkers) are just two other documentaries exploring the intricacies agricultural workers have, and continue, to wrestle with. The interdependency of these leaders and their histories reminds us that wineries are not alone in their cyclical way of moving through space and time. 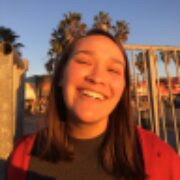 Claralyse Palmer is an avid music freak and ITVS employee based in Oakland, CA.