Austin was an extremely appropriate place to premiere the film Tower, which revisits the 1966 sniper shootings at the University of Texas at Austin, considered the first mass shooting on a college campus in the United States. Many of the survivors and heroes from that devastating day fifty years ago were on hand to witness the first feature-length retelling of their stories win the Grand Jury Prize at the 2016 SXSW Film Festival.

Director Keith Maitland’s film will air in the 2016-17 season of Independent Lens, and was funded by ITVS. It uses a mix of animation and contemporary interviews to tell this tense, tragic story.The director spent years putting Tower together, and as Lois Vossen, Independent Lens executive producer, tells us:

“I immediately thought the idea would be visually really interesting, and it lived up to that, or even went beyond my expectations. The other big thing was we really wanted to make a film that would look different to try to attract new viewers and new audiences, so nontraditional-minded people who would never ordinarily go see a social issue documentary would come to this. The film succeeds on a high level, and it’s also a tense caper film.”

And here’s the statement released on Twitter via one of the SXSW Documentary jurors, film critic and reporter Jen Yamato:

We award the SXSW Grand Jury Prize to TOWER, director Keith Maitland’s haunting chronicle of the 1966 UT campus shooting that shocked the world and cast a horrific shadow over generations to come.

Maitland creates a brilliantly original palette, mixing real settings and archival footage with rotoscoped animation versions of the tragedy’s main players, so the film moves fluidly between the past and present tense and puts the horror in our blood streams.

Fifty years and far too many more tragedies of mass gun violence later, TOWER invokes the humanity of its victims, heroes, and survivors with grace and immediacy, and asks us to consider the lessons we must still learn so that history may one day stop repeating itself. 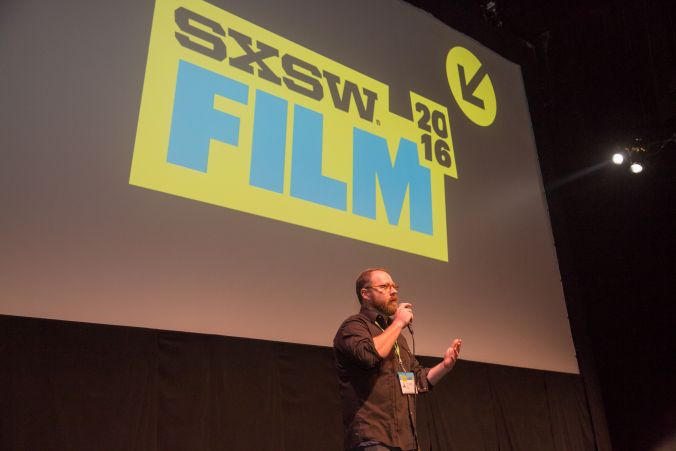 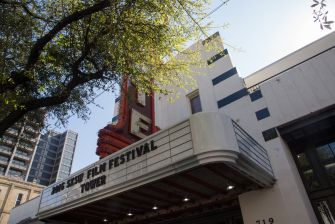 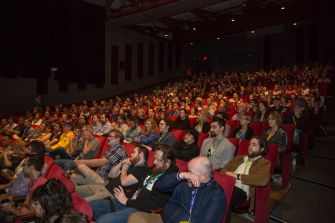 A packed house awaits the SXSW world premiere of Tower

Tower is the third Independent Lens film in a row to win SXSW’s Grand Jury Prize, following Peace Officer and The Great Invisible, and fifth overall (including Marwencol in 2010 and 45365 in 2009).