There’s something about a paperback book, that fading feel of a flexible, tangible book, of buying one used and finding weird notes scribbled in the margins, the musty smell after it sat in a garage, or an old bookstore, There’s something about the fact that we will keep certain books around despite them having water damage, yellowed pages, coffee stains.

Why? Because certain books provided us comfort in our youth and all these things, the words, the story, the smells, the feel, bring us back. (I say this as someone who has embraced e-books to an extent, as better for the environment and cheaper, but there is undeniably something lost by shifting to electronic books.) 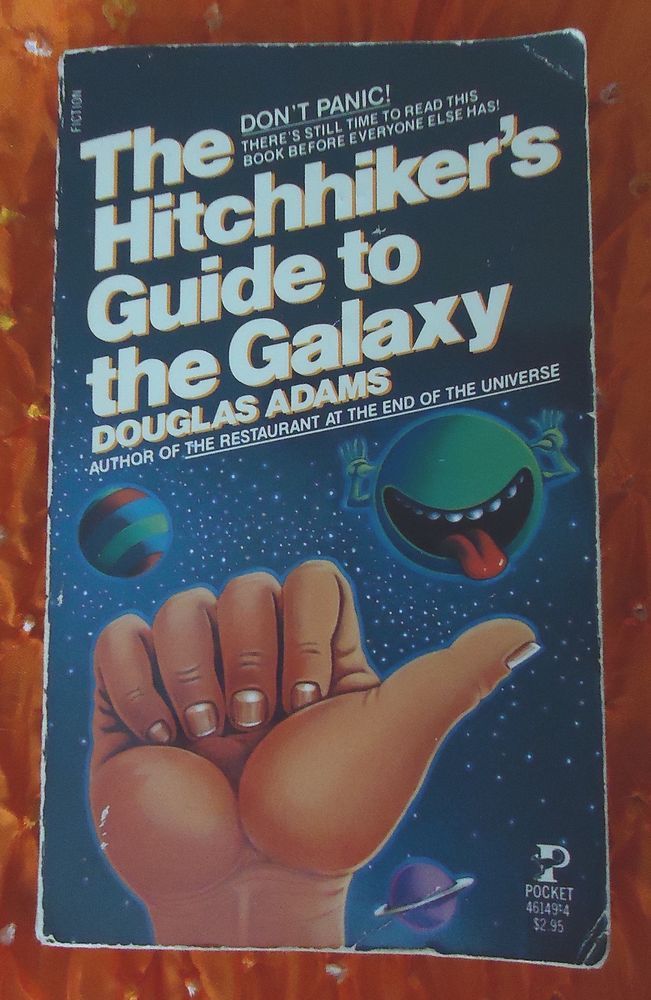 Austin-based writer Jonathan Poritsky told me, “I love folding back half the book; love pocketing it, or at least squeezing it in somewhere. Versus an eBook: a physical page tends to offer better recall for me. I’ll know a detail was on the left side a small stack of pages back.”

Megan in San Francisco adds one thing she prefers about paperbacks is “How the pages turn a little crackly and yellow, and smell just a bit musty. But a good musty. [I] still have a bookcase full of old paperbacks, including my faves: Steinbeck’s The Grapes of Wrath and Sinclair’s The Jungle.”

We all do have that particular favorite book that we keep returning to in times of stress, needing the comfort of the familiar, of favorite characters, passages, and stories. For me, one of those books is my faded copy of Douglas Adams’ comedic sci-fi novel Hitchhiker’s Guide to the Galaxy, which I still pick out once in awhile when needing a laugh. That and To Kill a Mockingbird, and multiple classic Peanuts collections round out my nostalgia trifecta.

Along those lines, I took a survey of a bunch of different folks out there, with a little help from Twitter, as well as wonderful bookstores like Green Apple Books in San Francisco assisting in querying readers, to find out what books people loved when younger and still find comfort in as an adult.

Interesting aside in the results of this very unscientific, small sample size survey, is how many people favor genre fiction–sci-fi, fantasy and horror. Perhaps not that surprising, as those genres often provide for children the most imaginative and fanciful entry into the world of reading.

Here are some of the responses sent my way. Feel free to post your own favorites in the comments below.

“Margaret Atwood’s The Edible Woman. She autographed it for me, and it cheers me up to know that I met such a talented and savvy woman.” As for the look and feel of book formats, she adds: “Aside from the lower cost and better portability, I like the illustrated covers. Dust jackets [on hardcovers] always need to be removed, leaving a bland cover in most cases. The pulp covers are always so great! How can you not love this?”

“Masters of Horror and other Berkley Medallion anthologies were routinely included in school paperback club flyers, and I bought them all. The rest gleaned from various tiny used-book stores, where they could be had for a dime or less. So, a lot of the nostalgic appeal is remembering the time and place I bought and read them (and fantasizing about going back there with a lot more dimes and setting my sights beyond the horror and SF racks! I hadn’t yet gotten the hard-boiled mystery bug.)

“I should also mention I really like the truly ‘pocketbook’ size of them. I guess that’s the ‘comfort’ aspect. I can slip them in a jacket pocket, and be sure I always have a book to read. The current mass-market paperback size does not allow for that.”

“The format itself is nostalgic. The last few years have seen me buying them in bulk for god knows what reason! But here are a few I’ve had since my teen years:”

“One of my earliest memories is of my dad reading me The Chronicles of Narnia in Russian, in the USSR. I reread them because they remind me of a happy time in my life. My dad instilled a love of reading in me and I’m forever grateful. We don’t get such quality time much anymore. The books were paperback and out of order. We only had a few, not the whole set, because they were difficult to find, even for a publishing house editor and writer like my dad.”

“As a boy, I inherited a stack of Isaac Asimov magazines and was swept into science fiction. When I moved out on my own, I went to a used bookstore and the cover of The Cyberiad really intrigued me. After bringing it home, I was blown away by Lem’s writing and became a huge fan. It reminds me of those times on my own when I was lonely, and reading The Cyberiad and other great works of fiction kept my spirits up (Note: Lem isn’t always cheery–e.g. he wrote the book on which the Soderbergh [and Tarkovsky] movie Solaris is based.)”

“Two of my favorite witch books I read as a girl (see below). I thought I’d lost this edition of Little Witch (which is still in print, but with different illustrations). Was thrilled to find it in a cupboard in my mom’s garage recently. When you really love a book, you want the same edition you grew up with, with the same illustrations, even if it’s not in mint condition.”

More from Sharon: “I’ve clearly read Mystery and Mystery from Robert Arthur (who also wrote the first Alfred Hitchcock and the Three Investigators books) many, many times. Another frequent reread is this teen mystery from Richard Peck (Through a Brief Darkness).”

“The paperback book I turn to most often would be a copy of Shakespeare’s Sonnets my then-best friend gave to me in eighth grade. As we know, that age is all about  trying to say the least, but there was something comforting and romantic about the poetry that helped me through those years. It fueled my love of Shakespeare that would stay with me always.”

“Oh, this was hard, so many books I have kept that I love and adore.  I’m going to go with a vintage copy of Burnett’s The Secret Garden.  I still read it every couple of years. Another would be Anthony Hope‘s two Zenda novels.  Good storytelling! They really do take you out of your own time frame. Very Victorian, but good adventure and achingly romantic. I’m a total sucker for them.”

“I reread Less Than Zero (Bret Easton Ellis), Manhattan on the Rocks (Michael Musto) and the Little House on the Prairie (Laura Ingalls Wilder) series for comfort every so often. The first two specifically reflect a time period when I was younger (late ’80’s/early ’90’s) and very much bring me back to that time in two major metro areas (LA and NYC). The latter I was OBSESSED with as a kid and reflects Midwestern upbringing and revisiting familiar characters that soothe me. (Farmer Boy, about Almanzo Wilder’s boyhood in upstate New York, has always been my fave. I think it’s not coincidental that it has long passages describing food.)”

“Hell, I’ve still got most of the books I’ve ever bought. Here’s one I particularly treasure. 1949 edition: 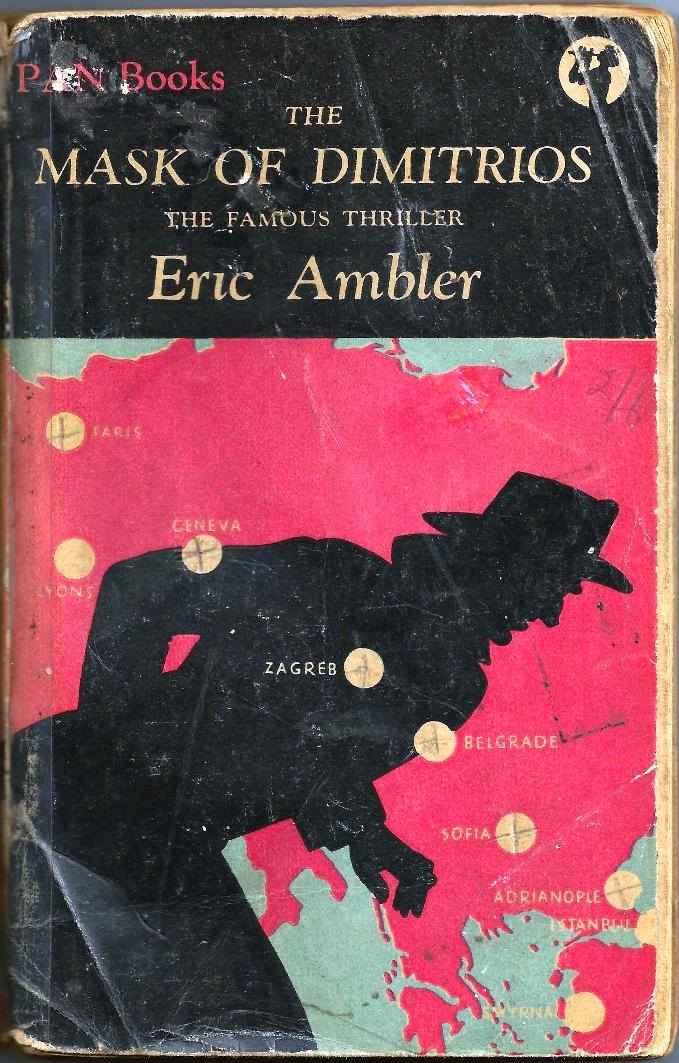 “It’s a terrific book, but also because of that old-fashioned cover art and its age — it wields a certain mystique for me. When I was a kid I used to find this particular style of book cover enticing and flavourful, promising not just a good read but the charge of what we’d call legacy now.”

“2 of my childhood faves (The Gammage Cup and The Perilous Gard) literally disintegrated and, years later, I finally found copies with the RIGHT covers again to replace them. They wouldn’t feel like the same book without the same covers.  These two in particular, along with another (but still intact) childhood paperback, Ronia the Robber’s Daughter, are huge nostalgic comforts for their blend of strangeness (how magical/weird everything seemed when I was little) + well-written female protagonists saving the day.”

“Joe Haldeman’s The Forever War. I have no idea how many times I’ve read this cover-to-cover. What drew me in when I was 13 were the vivid scenes of interstellar combat. What kept me coming back: the author’s voice. It’s a 1st person account that reads like a memoir of real events. And, I really like the guy telling the story.”

“I had a copy of JM Barrie’s Peter Pan in the car side door pocket just in case I ever arrived early to a work or doctor’s appointment and needed to kill some time. I only threw it away a few years ago [because] it literally fell apart. Loved that it described a world free from appointments!” 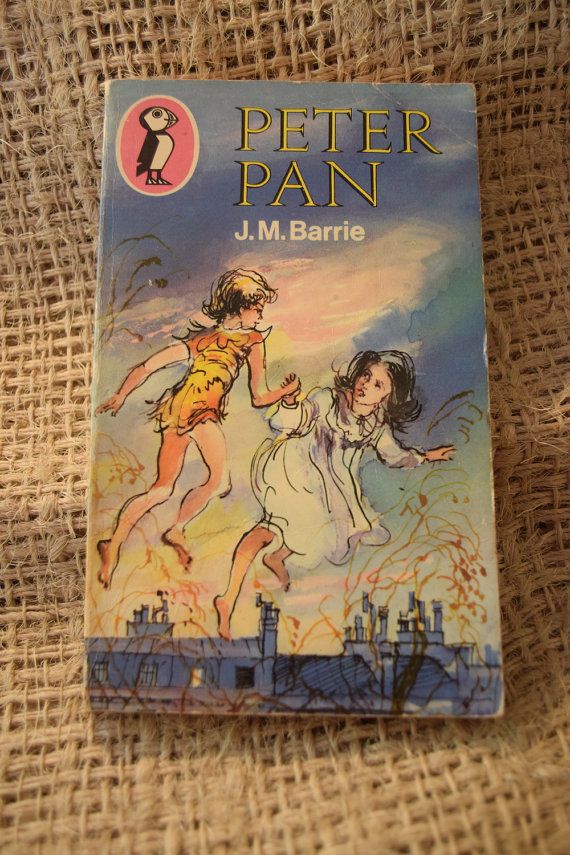 “My copy of The Wizard of Earthsea by the incomparable Ursula K Leguin.”

“Fifth Business by Robertson Davies. My favorite book and now that you mention it… time for a re-read…”

“Where the Red Fern Grows! Passed it down to both my kids.” 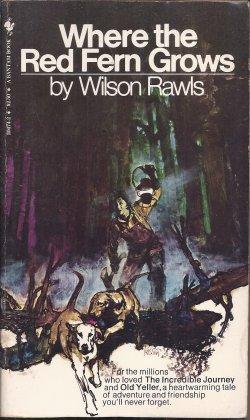 “I read Annie Dillard’s Living Like Weasels from Teaching a Stone to Talk several times a year since I first read it about 15 years ago. I’ve given the paperback to over ten people as a gift as well.”

The Great Gatsby, The Martian Chronicles, and one story from Stories That Never Grow Old, “Shingebiss,” a Native American story in a collection dominated by the Brothers Grimm.

“This is weird but I read a book called Escape from Warsaw in elementary school. It was probably the first really serious book I read, from the school library. When I was an adult and alibris.com launched, I found a copy (it was out of print). Still have it and read it now and then.”

“Fast Times at Ridgemont High, by Cameron Crowe – better than the movie, no matter how much you loved the movie.”

“Motorman by David Ohle was shown to me in college by a teacher who passed away far too young, and was very influential in my development as a writer and reader. it was the first experimental thing I’d read that felt accessible. [Its] weirdness is comforting and reminds me of the possibility of language.”

What are your own favorite “comfort” books that you just can’t seem to get rid of?

Craig is the digital content producer for Independent Lens, based in San Francisco. He is a film nerd, cartoonist, classic film poster collector, wannabe screenwriter, and owner of/owned by cats.
VIEW ALL POSTS BY Craig Phillips

The Pursuit of APP-iness: Can Tech Help Soothe Anxiety?

Here are some tips and tricks to use technology to help relieve stress, anxiety and insomnia, from apps to ASMR.

Independent Lens filmmakers and participants send us some of their favorite meals that calm and nourish their souls.