Lesson plan: Invent your own device to battle invasive species Stunning fish who were once kept as pets are destroying Florida’s coral reef ecosystem. In this PBS NewsHour lesson plan, students will learn how scientists are using a new invention, a lionfish zapping robot, to combat this harmful invasive species.

Students will learn about the invention process, including researching an invasive species and designing their own invention to help deal with the problem.

Indo-Pacific lionfish believed to have been imported as aquarium pets in the 80s and 90s are attacking the region’s coral reefs. The result is an invasive species that has extended its range to Brazil and is eating its way through local fish populations, changing the reef ecology.

While some interesting management practices such as putting them on restaurant menus have helped a little, scientists –until recently — had been at a loss as to how to prevent the invasion from spreading further. The lionfish robot invention hit the open seas in June 2017. Check out the video below where the robot can be seen zapping and vacuuming up about 10 lionfish before resurfacing.

How have new inventions helped to improve damaged ecosystems?

Brainstorm: Ask each student to write down without discussion what they think the term invasive species means. Then ask them to jot down what steps they think went into making the lionfish zapper. How did it go from an idea in someone’s head to hitting the open seas? Have students share their responses with a partner.

3. After the video, hand out the blank map and colored pencils and have the students identify the regions where lionfish come from and where they are now “invading.” Focus on the idea that the lionfish is naturally found in South East Asia and India and is now found all over the Southwestern U.S., the Gulf of Mexico and the Caribbean.

4. To begin shaping the students’ interpretation of what they saw in the video put up three categories on the board: The Problem, Solutions, and The Future. Have students work in partners to brainstorm each of the three categories in their notebooks. Invite volunteers to record their responses on the whiteboard and ask students how they could find out the latest updates on Florida’s lionfish dilemma.

5. Next, have students work in their groups to come up with a single list in two columns: Lionfish Traits (i.e. gills) and How Zapper Addresses Trait Upon Transfer (i.e. respiratory mechanism). Ask students to research another invasive species and an invention that was used to help transfer them. List the traits of the organism and how the invention addresses each trait. Was the invention successful in taking care of the problem?

6. Ethics alert: Do you think invasive species should be protected/transferred or eradicated? Explain.

Main activity 2: Design your own invention to combat an invasive species

Activity 1:  How can you determine if there are invasive species where you live?

Activity 2:  Watch the PBS NewsHour video “How Florida is handling invasive lionfish” below. What are the benefits of bringing various members of the community together including scuba divers, commercial fishers and scientists in order to solve the lionfish problem? What are the main concerns discussed by the scientists in the story?

Ed Wren teaches AP Environmental Science, Marine Biology and Animal Behavior at Bronx High School of Science in New York City.  He has been teaching for 15 years and is currently a master teacher fellow for Math for America. 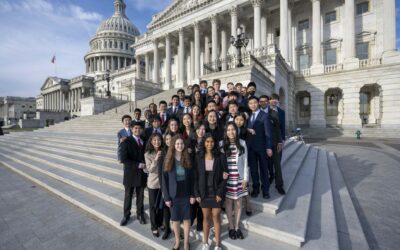 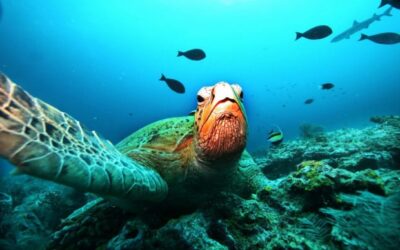 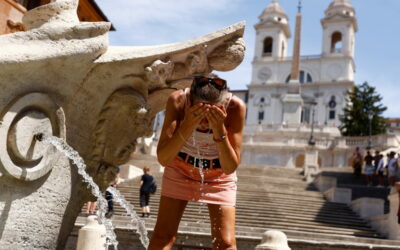