The airwaves in the first few Republican primary states have been dominated by advertisements for and against candidates, but not all of them are paid for by the candidates themselves – many are funded by Super PACs. And as any viewer of the Colbert Report knows, Super PACs are controversial new political organizations that are able to use an unlimited amount of money to back a certain candidate without officially being linked to the campaign. 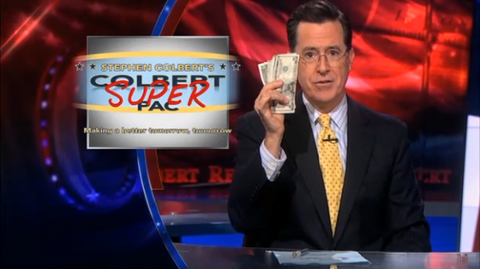 Comedian Stephen Colbert has parodied the issue of Super PACs, massive fundraising organizations not affiliated with campaigns, on his popular comedy show.

Super PACs were deemed legal in the Citizens United Supreme Court case in which the high court ruled that corporations are like people – they deserve free speech, and can raise as much money as they want to back political candidates.

Although both of their campaigns have benefited enormously from Super PACs, both Mitt Romney and Newt Gingrich have recently spoken out against the massive organizations that ran very negative ads against both of them.

“We all would like to have super PACs disappear, to tell you the truth … I think this has to change,” Romney said at a campaign event.

What are Super PACs ?

Super PACs, known formally as Independent Expenditure Only committees, are groups of people tasked with raising money for a particular candidate or cause, even though they are not technically affiliated with that person’s campaign. However, even though the Super PACs are legally restricted from coordinating with the campaigns, the groups are often made up of former staff members from their candidates’ previous campaigns.

Colbert has famously parodied Super PACs and their rules about relationships with the campaign they are raising money for by announcing he is running for president of South Carolina and declaring fellow comedian Jon Stewart the head of his Super PAC. As a joke, Stewart named his Super PAC “The Definitely Not Coordinating With Stephen Colbert Super PAC.”

How were Super PACs started?

In 1971, Congress passed the Campaign Finance Reform Act to try to curb the amount of money spent on political campaigns. However, over the years, the law has been tinkered with and modified through a series of legislative and Supreme Court decisions.

Most significantly, on Jan. 21, 2010, the Supreme Court ruled in the Citizens United v. F.E.C. case that money spent on political action was a form of free speech, protected under the First Amendment, and could not be legally limited as long as the money was not donated directly to a political campaign.

To get around that technicality, Super PACs were created with the ability to raise unlimited amounts of money to contribute to political action as they see fit. 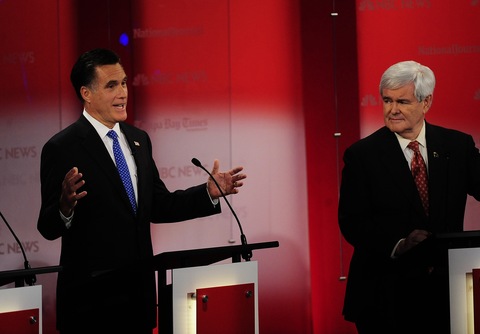 Super PACs spent big on the Romney and Gingrich campaigns during the Republican primary season in the 2012 presidential election.

How will the 2012 election be different as a result?

Super PACs have already spent over $33 million in the 2012 presidential race, according to the agency that oversees elections.  To put this number into perspective, in 1976, presidential candidates Jimmy Carter and Gerald Ford spend a combined $67 million on the entire race.

Today candidates fly in chartered planes and take luxury buses to their stops along the campaign trail.  Campaigns are staffed by legions of highly skilled researchers, pollsters and other professionals along with thousands of volunteers canvassing states drumming up support for their respective candidates.

Millions of dollars are also spent on television and radio advertising.  Airing advertisements during popular television programs and sporting events has become increasingly expensive and as the cost for air-time has gone up, campaigns have been forced to come up with new ways to finance their ads.