That brief quote in the headline of this brief posting is the way veteran TV talk show host John McLaughlin signed off every week as another edition of “The McLaughlin Group” came to a close. It is a famously raucous, weekly, half-hour, free-for-all that McLaughlin produced and hosted and has gone on for 34 years. McLaughlin had never once missed taking his seat in the middle of his group of commentators, a truly remarkable performance, until last Sunday. He died on Tuesday, Aug. 17, at the age of 89. 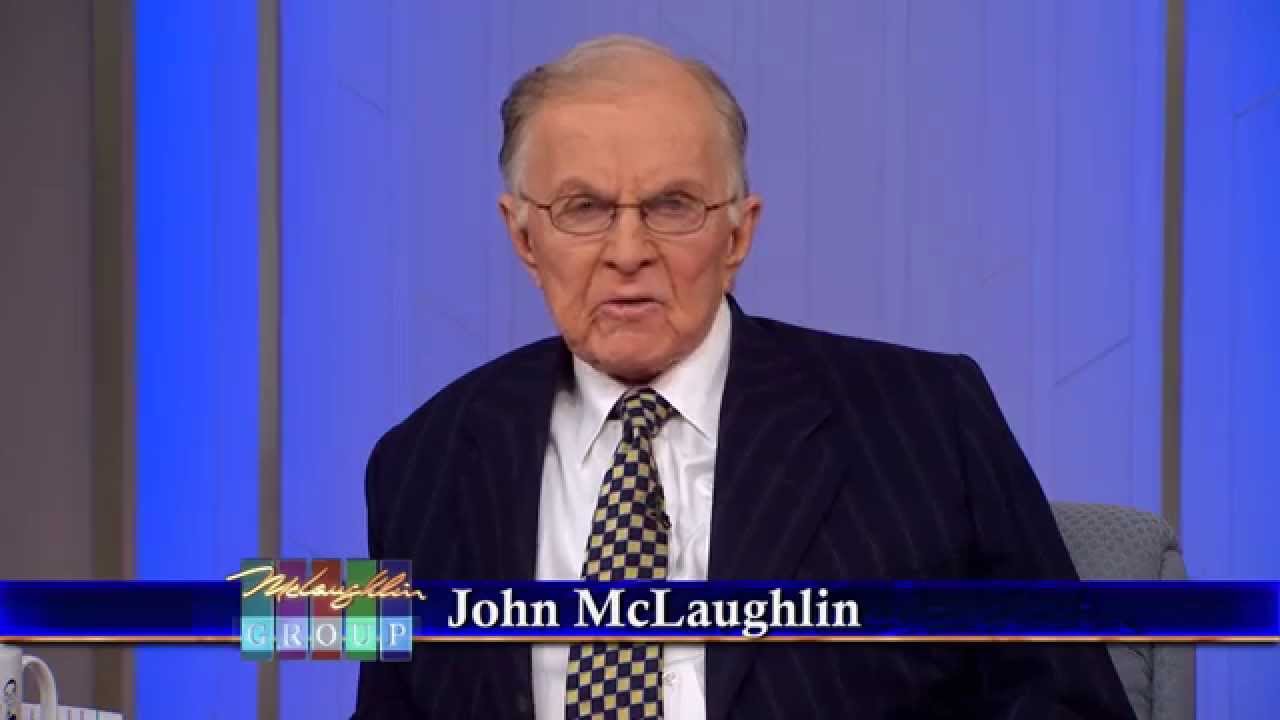 There are lengthy and detailed obituaries in the New York Times, The Washington Post and dozens of other outlets about this nationally well-known, innovative and combative on-air television personality. The nightly PBS NewsHour was among those taking note of his passing on Tuesday evening.

Here’s what was said:

JUDY WOODRUFF: “A passing to note: Renowned TV host John McLaughlin has died. He was the creator, executive producer and host of ‘The McLaughlin Group,’ a long-running weekly public affairs show. McLaughlin was too ill to host this past Sunday, the first time he’s missed a taping in 34 years. Besides his work in TV, he served as a speechwriter for Presidents Nixon and Ford. John McLaughlin was 89 years old.”

That’s fine, as far as it goes. But the fact of the matter is that millions of people on hundreds of local PBS-member stations watched McLaughlin over all those years. Indeed, that is largely how the country became aware of McLaughlin, his unique style and personality, and his show. Yet the NewsHour note made no mention or acknowledgement of this.

Like most things, this is complicated. Over my several years in this position, I have received many hundreds of emails and letters from viewers commenting on something they have seen on the McLaughlin Group. Since they saw it on a local PBS station, they assumed, quite reasonably in my view, that it was a PBS program. Actually it isn’t, but PBS never did much to explain that.

I have tried to explain it as part of numerous ombudsman columns and mailbags. Officially, PBS has nothing to do with the program. McLaughlin produces his own program via his company, Oliver Productions Inc., in a CBS-affiliated station in Washington, D.C. PBS does not actually produce television programs. It distributes programs produced by its member stations or independent filmmakers and producers. It has some 350-member stations but they are all independent and can air what they choose, along with the many well-known programs that PBS distributes nationally.

But here’s the thing: the “presenting” television station for the McLaughlin Group, from the get-go in 1982, has been WTTW in Chicago, one of the largest and most important stations in the PBS member-station network. It is WTTW that puts the program on the public television interconnection system satellite for distribution. That means that all member stations can download the program and most of them do.

Dan Soles, WTTW’s senior vice president, tells me that “WTTW has proudly served as presenting station for the McLaughlin Group since the 1980s and the series has continuously attracted broad support from public television stations around the country. According to our latest carriage figures the series is cleared in over 93% of US households via public television. The exact number of channels gets a little complicated because McLaughlin airs not only on stations’ main channels, but also their digital sub channels.” The most recent count, he says, is that the program runs on 282 public television stations.

Chicago media writer Robert Feder provided some of the history in a posting today: “The McLaughlin Group may be the ultimate Washington insiders’ show, but it owes its status as a national institution to Chicago. It was the visionary architect of public television WTTW-Channel 11 and former president and CEO of Window to the World Communications who partnered in production of the groundbreaking show and brought it to PBS in 1982. Host John McLaughlin, who died Tuesday at 89, once called McCarter ‘one of the best programming minds in the business.’ McCarter retired in 1998 and died in 2011. Dan Schmidt, who succeeded McCarter, said Tuesday that The McLaughlin Group was ‘emblematic of public media’s dedication to political commentary and discussion.‎’ No word on plans for the show, which airs here at 6:30 p.m. Saturdays on WTTW.”

Aside from PBS member stations, a few CBS affiliates also carry the program.

In probably all of the obituaries or write-ups you will find on McLaughlin and The Group, you will find PBS mentioned. So, for those probably millions of viewers who think this is a PBS program, and for the handful among them who wrote to me and who may read this column, I go on record as saying that, in my opinion, the PBS NewsHour should have found a way to acknowledge that the man who died this week had a very real, if officially unofficial, connection to PBS. Or, as McLaughlin might have stated it, that was: "wronnng!"