Censorship In The Age Of Streaming

Two months ago I was invited by PBS President Paula Kerger to become the system’s public editor – the audience’s advocate, if you will. The role is a critical one for an outlet that is singular among the nation’s major broadcasters: funded by viewers and fueled by thousands of creative and independent digital, video and film producers and journalists.

I am PBS’ third public editor since the position was created in 2005. I have a job held previously by two of my heroes in journalism: Madhulika Sikka (once my boss at National Public Radio) and Michael Getler, who was the original definition of what a public editor should be and a brilliant, inquisitive editor at The Washington Post.

My own path to this important soap box starts in Mexico, where I was born and lived the first seven years of my life. My family’s migration was short: 10 miles from Tijuana to near San Diego in California. One of the early vehicles in my assimilation was the programming on KPBS Channel 15, operated out of San Diego State University. Back then we had to tune it manually on our television’s quirky UHF dial, but it was worth the effort. I followed PBS closely throughout my formative years in journalism, and was thrilled when some of my investigative work on the banking crisis of the 1980s led to a Frontline documentary.

Over four decades, I’ve relished the challenge of writing and editing for newspapers and magazines and for online publications and public radio. I have long dedicated myself to investigative journalism, acquiring a habit of asking nagging questions and pestering sources for documents and context. Along the way, I also developed an allergy to the official story.

I bring this experience to my role as PBS’ Mr. Outside, looking into the network through the lens of the audience’s interests. My plan is to inquire much like a reporter covering a public institution. I want to shed necessary light on the system’s rich array of programming, explaining how shows and news segments end up entertaining, informing, engaging or enraging audiences.

PBS is not a broadcast network like NBC or CNN. It’s a big platform from which local and regional broadcasters augment community programming with content created by an international assembly of production companies, documentarians like Ken Burns and journalists like those at the NewsHour.

In my native Spanish, "public editor" translates as the audience's defender. We speak up for viewers and readers – asking urgent or persistent questions about entertainment and public affairs programming often juxtaposed against important civic or social issues.

The Wedding Of The Year

I stepped into PBS’ Crystal City headquarters just as the network was about to air the first episode in season 22 of the popular children’s show Arthur, titled Mr. Ratburn And The Special Someone. It featured what arguably has become the marriage of the year, setting off wedding bells heard well across the country.

Mr. Ratburn’s special someone was an aardvark, a male aardvark. And that kind of wedding bell still rings sourly in many American homes and communities, no matter that the option of a same-sex union is law of the land.

You know what happened next: Public television stations in several states exercised their right to not air a show coming from the PBS platform. A number of reasons were given: chief among them was concern over unattended children watching the episode. Parents, the argument went, were unprepared to – or uncomfortable with -- having to explain why Mr. Ratburn wasn’t walking down with a lady rodent or aardvark.

“I decided that in a state where some statistics show 51% of the population still do not favor same sex marriage APT (Alabama Public Television) should preserve the rights of parents to choose how and when they discuss the issue with their young children,” said Roy Clem, APT’s executive director. “ … If we used our broadcast method of delivering this program into every household in the state, we would be taking that choice away from the parents because many parents do not read the program description for every episode of a program.”

Arthur’s target audience ages out at 8. As it was made clear in the episode, kids that age are more likely to be puzzled that teachers have lives outside the classroom. Indeed, children in the episode’s wedding scene seem more upset that Mr. Ratburn starts busting out some dance moves. That’s spot on, mirroring real-life embarrassment felt by almost every child of a dancing parent, straight or gay.

After a dozen conversations with decision-makers and gatekeepers in the PBS system, including Arthur’s producers and local station managers, it’s clear that reservations generated by the episode had little to do with animus against same-sex marriage.

The underlying concern, it seems, was money. The Arthur season-opener coincided with local and federal legislative debate over continuing tax support for public broadcasting. Station managers must have bit their lips thinking about the proclamations by some politicians the day after the wedding aired.

By censoring the episode, they said they were looking out for the interests of a perceived majority of viewers. I believe it was mere symbolism.

The Death Of Censorship

Today, in the United States, a growing array of streaming, social media and publishing options has rendered censorship a feeble weapon in the culture wars. From the day it aired, Mr. Ratburn’s nuptials were easily found on the web, starting with the ubiquitous YouTube. It’s even on secondary broadcast and online sites of some of the same stations that canceled the original, scheduled airing.

“Because our programming is available and delivered through on-demand methods via the Internet, those parents that want their children to see the program can make that happen with only a few clicks on the computer, tablet, or cell phone,” Clem said. “I believed and still believe that (canceling the premiere) was a fair and reasonable way to accommodate those Alabama parents not ready to talk about an issue that is surrounded by passionate opinions and those that are ready to have the discussion.”

But even in the heart of conservative Alabama, some 350 people gathered soon after the cancellation to see the episode on a big screen. In Birmingham’s First United Methodist Church directors of the Sidewalk Film Festival threw a wedding party after the screening, complete with a cake and even some dancing parents.

“Our point was to show support for what is legal and a free choice,” said Rachel Morgan, creative director of Sidewalk Film Festival and Cinema. “We read the articles and I was in disbelief that pulling something from the air of public television was happening now, in 2019, especially a show like Arthur. Arthur is as politically benign as it gets … But this is Alabama. I was pushed into activism when the Ellen (DeGeneres) show was censored here when I was in college.”

The Birmingham screening – it was actually the second in the city in two weeks – reflected the episode’s national impact. PBS, PBS KIDS and WGBH took in countless congratulatory social media notes and emails. All told, the positive reaction outweighed the dozens of critical emails sent to the network and to the public editor’s inbox.

Make no mistake, though, there is a strong population in the PBS audience that’s opposed to public depictions of anything but a marriage between a man and a woman.

I regret to inform you that my family and I will no longer view PBS. My young children watch PBS cartoons daily. I am surprised and upset by the lack of judgment in featuring a gay wedding on a cartoon for young children. I hope that you are a little more considerate about what you choose to expose other people’s children to in the future. It was very arrogant and disrespectful for you to decide how this subject should be presented to my kids. Quit trying to indoctrinate children. You have no right.

Please refrain from teaching children about controversial topics, such as via Arthur and the Special Someone. It is up to us parents to help kids navigate social issues.

We have been fans of this show since our kids were small. We love the books and all things Arthur. But with the recent episode of Mr. Ratburn's wedding, it bothered me that it was shown to the kids. I myself believe that sexuality and morality should be left at the parents discretion. I understand the other ADULT programs of gay pride and other sexuality programs. Adults can make the decision whether to watch it or not. I am a supporter of PBS and appreciate all the great programming. Just keep the kids programming to learning academics and leave out sexuality. Please! Thank you for your time.

A generation of young Americans has learned early lessons about team work, tolerance and inclusion from Arthur and his wide circle of illustrated friends. The characters are strong players on a roster of PBS KIDS shows credited by educators and social scientists with boosting childhood empathy and understanding.

“We are pleased with the reception to the episode and that viewers have felt that it was meaningful,” said Carol Greenwald, senior executive producer for children’s programming at WGBH in Boston. “We’re happy that it has encouraged conversation about inclusion and diversity because that’s at the core of what our mission for Arthur and for all our children’s programs is. We want every child and every family to be able to see themselves represented and accepted in our media.”

Symbolic censorship aside, the real take away from this controversy is that PBS showed it’s learned from past kerfuffles, from an Arthur spinoff in 2005 that featured a child with two mothers, to the values of tolerance routinely preached by Mister Rogers and Sesame Street characters.

Ahead of the season premiere, PBS opened the playbook, knowing Arthur would make waves. Local station managers got a heads up more than a month before the episode’s scheduled debut – time enough to consider their options. And before that there had already been robust conversation at WGBH and PBS KIDS about the script. The wedding, after all, was just a few seconds tucked into an episode about teachers’ lives away from school. Nothing seemed improvised, defensive or reactionary about how PBS responded. The show’s producers and PBS KIDS even offered a program guide adults could use to talk about the episode with young viewers.

In the end, the Arthur episode’s harshest of critics got what they wanted. Leery station managers got to make their own decisions. And yes, Arthur fans everywhere saw the episode.

“PBS KIDS programs are designed to reflect the diversity of communities across the nation,” said Maria Vera Whelan, senior director of communications for PBS KIDS. “We believe it is important to represent the wide array of adults in the lives of children who look to PBS KIDS every day.”

In this case the PBS system delivered a good civics lesson: Even as Arthur's laudable message made its way into the nation's mainstream, good people disagreed and everyone who had something to say about it was heard. 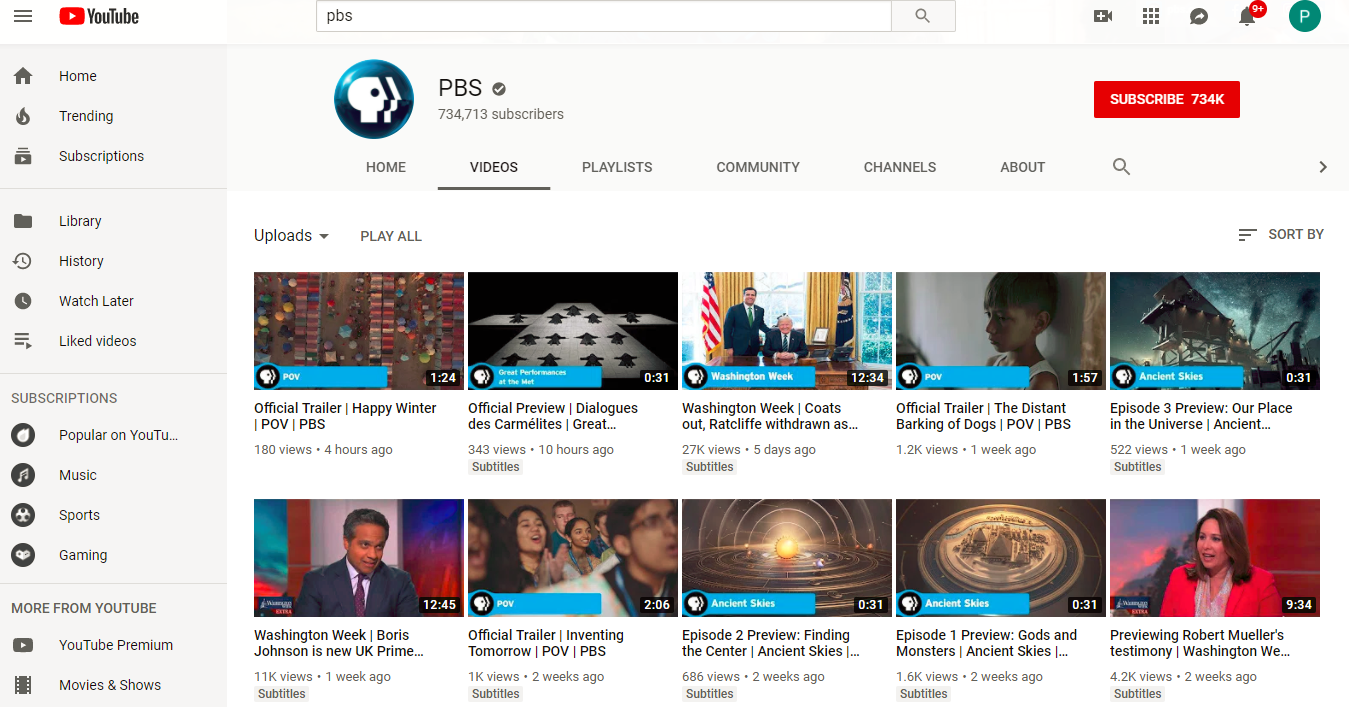