Britain and the United States have what Winston Churchill dubbed a “special relationship.”

There is no better place to see that relationship in action than on the airwaves of PBS. PBS is your home for high quality (and sometimes not so high quality) drama and documentary programming. PBS has developed strong relationships with British producers, especially with the BBC, a regular partner with PBS in co-productions.

This week a kerfuffle broke out across the pond about the most recent co-production between PBS and the BBC, which does give some ballast to the idea that we are indeed “two nations divided by a common language.” 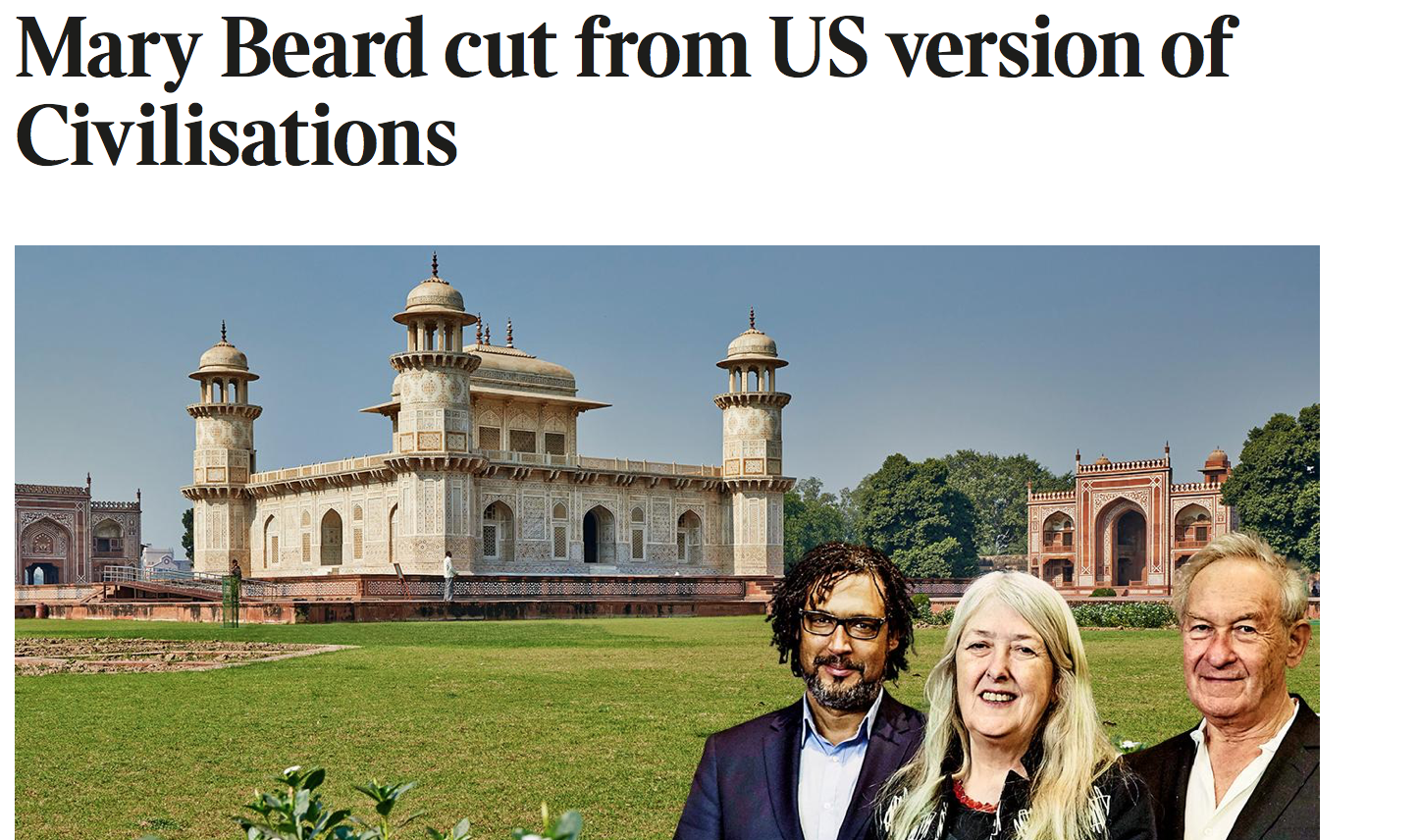 This week PBS began to air a landmark documentary, "Civilizations." It’s a show that has already started to air on the BBC.

from spelling, Civilisations vs Civilizations,

To the actual program itself, is different between the two broadcasters.

What’s got our friends in England up in arms is the news that the most obvious difference is that the BBC version is built around individual presenters who each present whole shows. 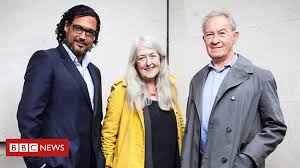 The PBS version has a narrator and other experts who appear (sometimes a lot) along with  Mr. Schama, Mr. Olusoga and Ms. Beard. The criticism is that they, particularly Ms. Beard, have been excised.

For those of you unfamiliar with Mary Beard, she is a force of nature.  She is a renowned classicist who has crossed over and garnered a universal following, particularly amongst women. She is unapologetic about her age, and how she looks and she has seen off her social media trolls with aplomb.

She has legions of supporters and some have been making themselves vocal in our inbox.

Deborah Luyster from Jacksonville, Fla., is not happy:

"How could you cut the appearance of Mary Beard on Civilization? No need to donate to one with such editing. She is more prominent and better versed than the men commentators. Perhaps you did not know about the respect for her and latest work about women."

"As a lifelong viewer of PBS, and a contributor, I am extremely disappointed to learn that the Civilizations series has been edited for the American PBS audience, removing Professor Mary Beard and altering the world religions focus to focus solely on Christianity. Hey, PBS, we don't need pablum, let us have the full complexity. And let us see men and women as they appear in real life. The BBC is more appealing than PBS in this way much of the time.”

"Dear PBS What a deeply stupid decision to take Mary Beard off of her BBC Civilisations tv programmes. She is one of Britain’s top classicists and massively respected in Britain. For PBS producers to take her off the screen is a banal absurdity and only goes to prove how out of touch they are. Yours in disgust Malcolm Rasala"

My first response to this storm is, everyone calm down.

I have seen a couple of episodes of both the BBC and PBS versions and, indeed, the presenters are not as prominent in the PBS version as they are on the BBC version, but they have not been removed completely. They appear more as a bit of a hybrid, part expert, part weaver of a narrative thread.

In the British version they do all the voice-over narration, too, and write their episodes. In the U.S. version the shows are narrated by actor Liev Schreiber and the narrative arc is quite different.

So how did these shows come about? There was a discussion between the two companies about a co-production on the global history of art, which became a reboot of the classic 1969 series, "Civilisation," produced by the BBC with Sir Kenneth Clark.

I exchanged emails with PBS Vice President of Programming and Development Bill Gardner and asked about the editorial process:

“The individual programs were developed side-by side by the producers, with treatments and drafts shared with both the BBC and PBS at various stages for feedback on the individual versions. At an early stage in development, the BBC decided to feature individual presenters, well-known in the UK, to appear in singular films. The BBC then steered their programs towards more individual ownership by these presenters, who were involved in the editorial shaping of their films alongside the directors and producers. PBS maintained the desire to have multiple voices and perspectives as well as stories particularly relevant to the US audience represented in the PBS versions and continued to work with the producers and directors to develop the PBS versions accordingly, making use of work being done on the BBC versions as well. The BBC also had access to development and material used in the PBS versions.”

There is a lot of material that is common to both versions, but unique material, too. Did they make one version and then decide what they needed for the other?  No, says Gardner.

“The field directors were generally the same, as many film shoots were scheduled to capture material for both programs simultaneously, for shared or individual uses. PBS consulted with the field teams before departure to locations in order to discuss PBS specific content to capture, and at times requested scenes with participants planned for thematic inclusion in both versions be filmed or presented slightly differently for the PBS version. There were also dedicated shoots for the BBC and PBS versions respectively to capture independent material. In post production a dedicated editor and producer were assigned by the production company to edit the PBS versions, separate from the BBC versions. PBS did NOT view final BBC episodes and request changes in order to create the PBS versions. According to the producers, in some cases the PBS versions were actually completed prior to the BBC shows.”

So for those of you worried that Mary Beard has been unceremoniously disappeared from the PBS version because of her age or her looks,  that is not the case. She and her fellow presenters do appear in the U.S. version, just in a very different way and not as much as in the British version for the reasons outlined by Mr. Gardner.

Of course, the question then arises, is one version better than the other? To that I would say, they are just different.

When Schama or Beard has “ownership,” they are presenting an arc and a thesis that leads them to an assessment about their themes. It doesn’t work quite the same way with the U.S. version and that will leave some disappointed.

They are definitely different narrative experiences.

I’ve addressed the issue of changes in co-productions before. It is a fact of life that producers cater to different markets. "Great Yellowstone Thaw" became "The Great American Thaw" on the BBC, "Wild Alaska Live" had different hosts with specialized content.

There are things that work for an American audience that won’t work for a British audience and vice versa, or sometimes it's just a question of emphasis.

Of course I’m sure that there are many of you who would like to see both versions, and I asked Mr. Gardner about the prospects of the BBC version becoming available digitally on PBS as some in Britain have speculated. His response? “We are still having discussions internally. A plan has not been confirmed.” 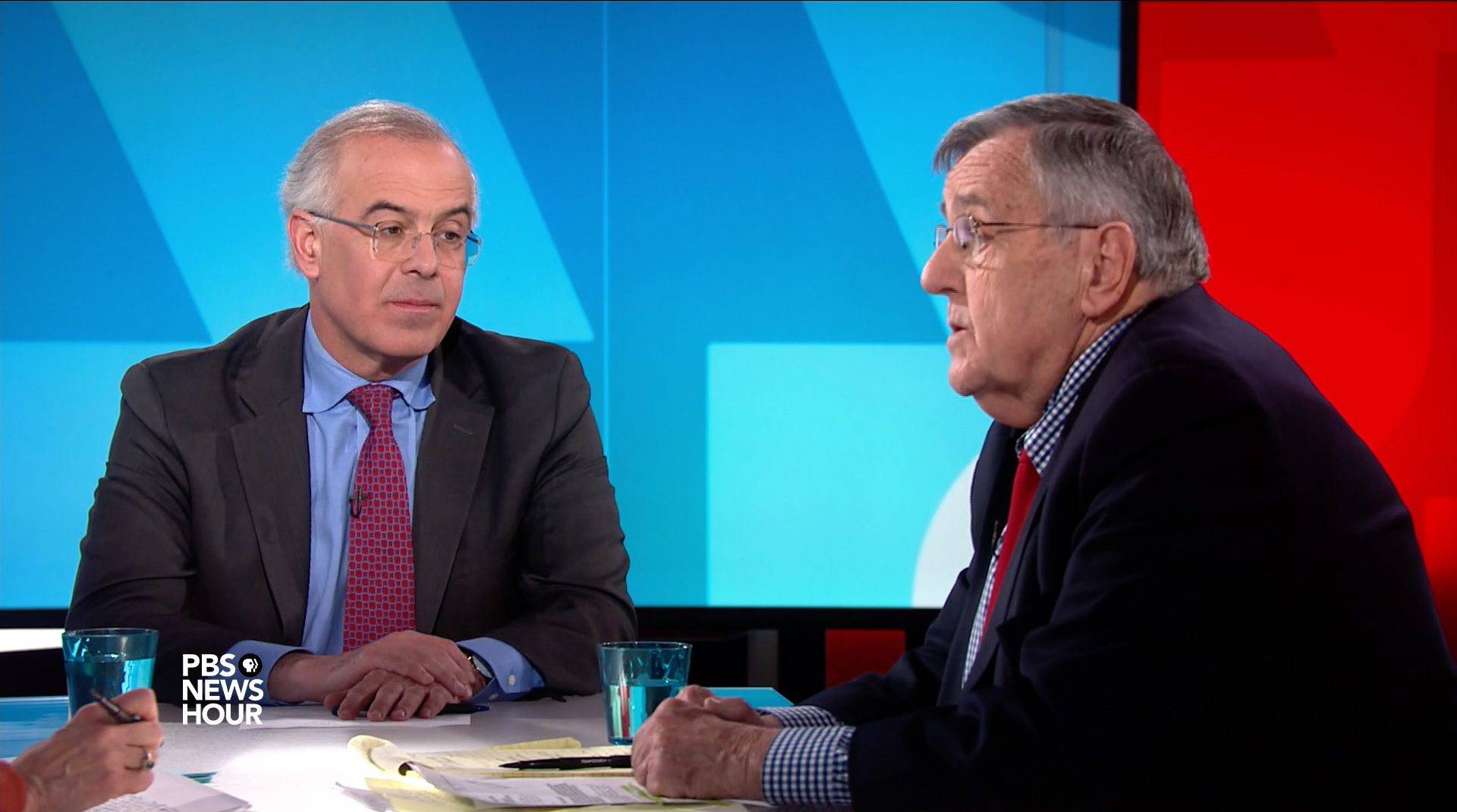 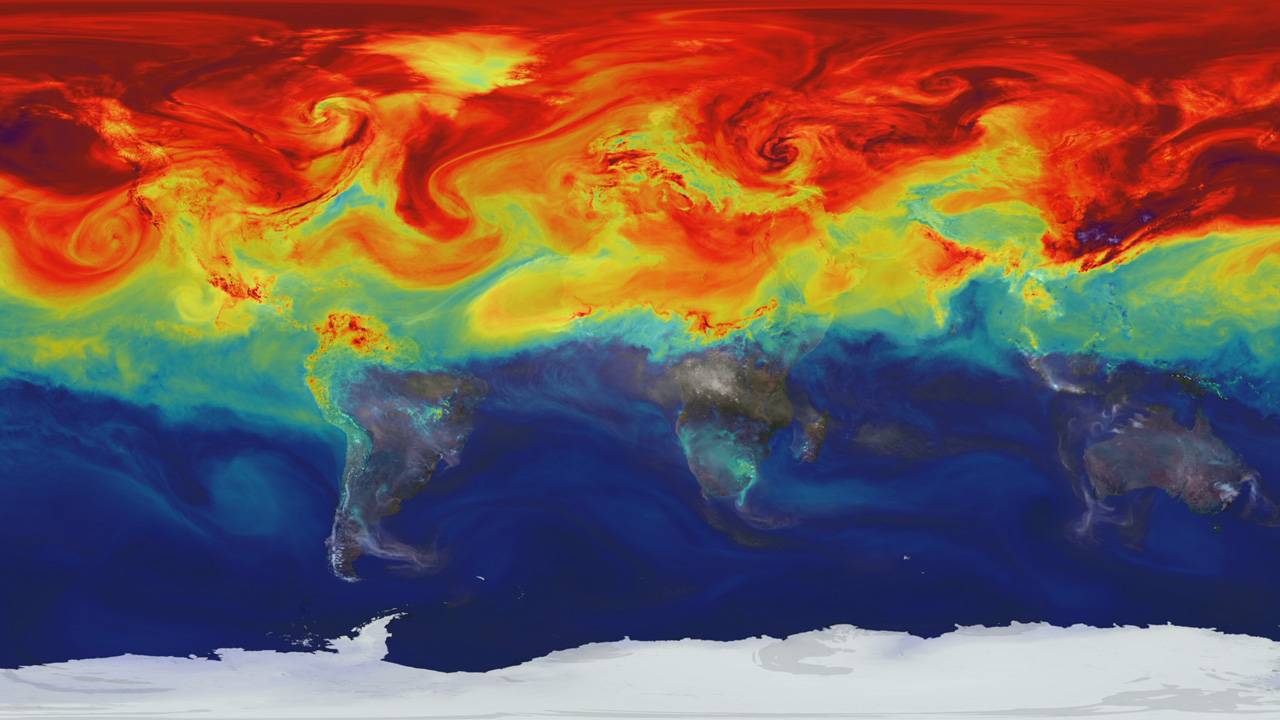