How do federal $$$ get to your local station?

For the second straight year the Trump administration has called for the end of funding of the Corporation for Public Broadcasting, which provides funding for public television and radio across the country as part of their budget plans.

It’s not the first time that zeroing out the CPB has been the focus of a political debate. In fact, ending funding for public broadcasting is an idea that goes as far back as the presidency of Richard Nixon.  Mr. Rogers came to the rescue during that fight.

It seems a good moment to remind people exactly how funding of public media works.

WHAT IS THE CORPORATION FOR PUBLIC BROADCASTING?

A private, nonprofit corporation created by Congress in the Public Broadcasting Act of 1967, committed to providing high-quality content and telecommunications services that are commercial free and free of charge.

WHAT DOES THE CPB DO?

DOESN’T THE MONEY JUST GO STRAIGHT TO PBS AND NPR?

HOW DOES THAT MONEY GET DISTRIBUTED?

The money is distributed through grants and every organization from the smallest, rural public radio station to the largest public television station can apply for grants to the CPB.

Each local public television and radio station is independently owned and operated and can choose to be a member of PBS or NPR, but doesn't have to be.

According to the CPB, by law, 95% of the federal appropriation of the CPB is provided as grants to local television and radio stations.

WHAT IS THE MONEY USED FOR?

A local station spends some money on programming, like Morning Edition or All Things Considered, or membership to PBS which provides programming like Masterpiece or Frontline.

But it also gets spent on vital telecommunications technology, emergency signaling services assisting first responders, and digital access. You can read about some examples here.

WHERE IS THAT CPB MONEY ACTUALLY GOING?

You can find out how much money comes to your state and exactly how it is distributed here.

I KEEP HEARING THAT PUBLIC FUNDING IS ONLY A SMALL PART OF THE FUNDING MIX, SO WHY IS IT SO IMPORTANT?

That’s true. It is just one part of the revenue stream.

The best way to understand that funding is that it provides seed money for local stations. Most public television and radio funding is a mix of revenue, the most important of which is public membership, but also includes philanthropic, corporate and local government funding.

Here are the revenue streams for PBS: 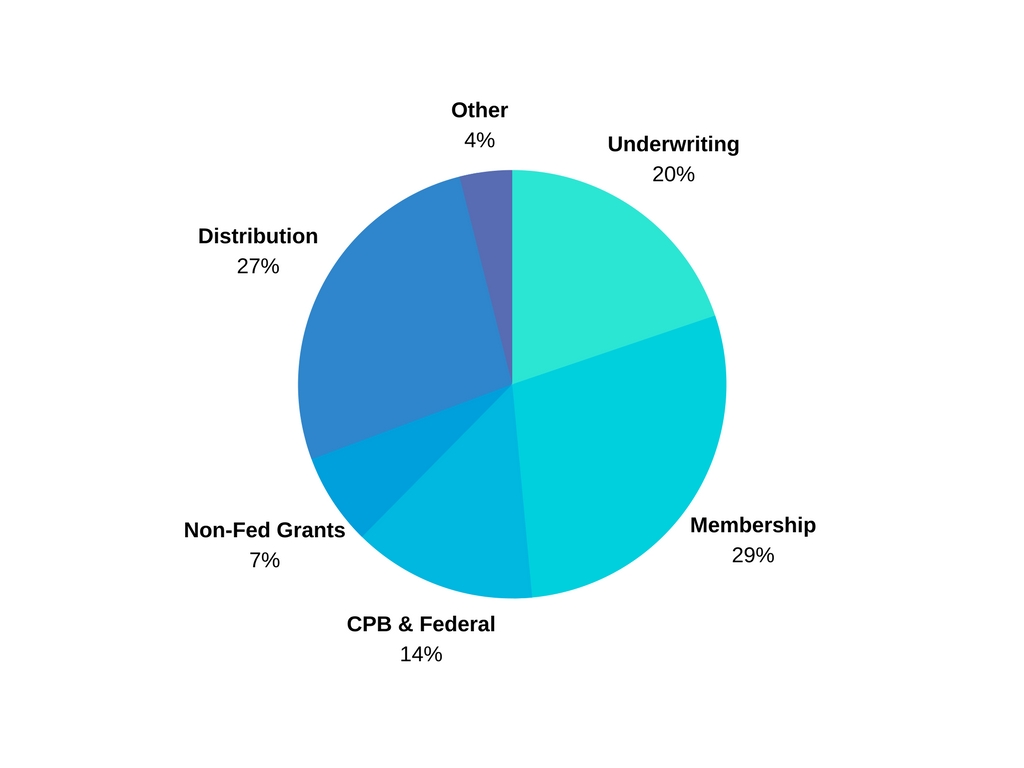 You can go to the website of your local station and find all the details of their financials.

The money from CPB is, in essence, conditional on the station being a locally owned and operated entity that is locally programmed by each station. And that is what differentiates it from corporate ownership of local stations. It has to stay local.

Nobody at PBS or NPR is sitting in Washington telling stations what they can program on their stations.

WHY DOES LOCAL MATTER?

The demise of local newspapers has been a dominant story for the last two decades. What you may not know is how many local newspapers that are still around are owned by private equity firms that have no presence in or commitment to the local community. You can learn more about this here.

Public television and radio stations are among the last locally owned media organizations in the country. A majority of local television stations across the country are owned by big corporations such as Hearst, Tribune and Sinclair. Those corporate owners can insert content into local news content.

The PBS NewsHour is a national news show and does not pretend to be local.

Local news and information is produced by local stations for local audiences and at a time of diminishing local coverage, that’s a plus for the body politic.

In a funding debate in West Virginia, where the governor proposed eliminating state funding for West Virginia Public Broadcasting, WVPB pointed out that they host state Emergency Services “on 11 of its towers at no cost to the state and provides the only secure broadcast link out of the state Capitol.” That's an underreported part of what public stations provide for their communities. In addition, in rural areas around the country the federal and local funding is an even more important part of the funding mix for public television and radio stations and the services they provide to the community.

THERE’S LOTS OF CHOICE OUT THERE, WHO NEEDS PUBLIC BROADCASTING?

Yes, we have lots of choices but not everyone can afford those choices. 98% of the U.S. population has access to public media, which includes educational, cultural, news and information programming.

The CPB estimates the annual cost to each American every year is $1.35. I’ve hopefully provided some insight into how the funding actually works, and you can decide for yourself whether that $1.35 a year is worth it.

An Update on Tavis Smiley

Regular leaders of this column know that I check in periodically on the investigation being undertaken by lawyers at the behest of PBS regarding the workplace environment at The Tavis Smiley Show. As of this writing, the investigation has not been completed. However, the show is off the air and will not be returning.

Tavis Smiley himself is not waiting for the results of that investigation and as reported exclusively by The Washington Post, he is suing PBS for breach of contract and damage to his company. PBS has called the suit "meritless." We will be following how this case proceeds. 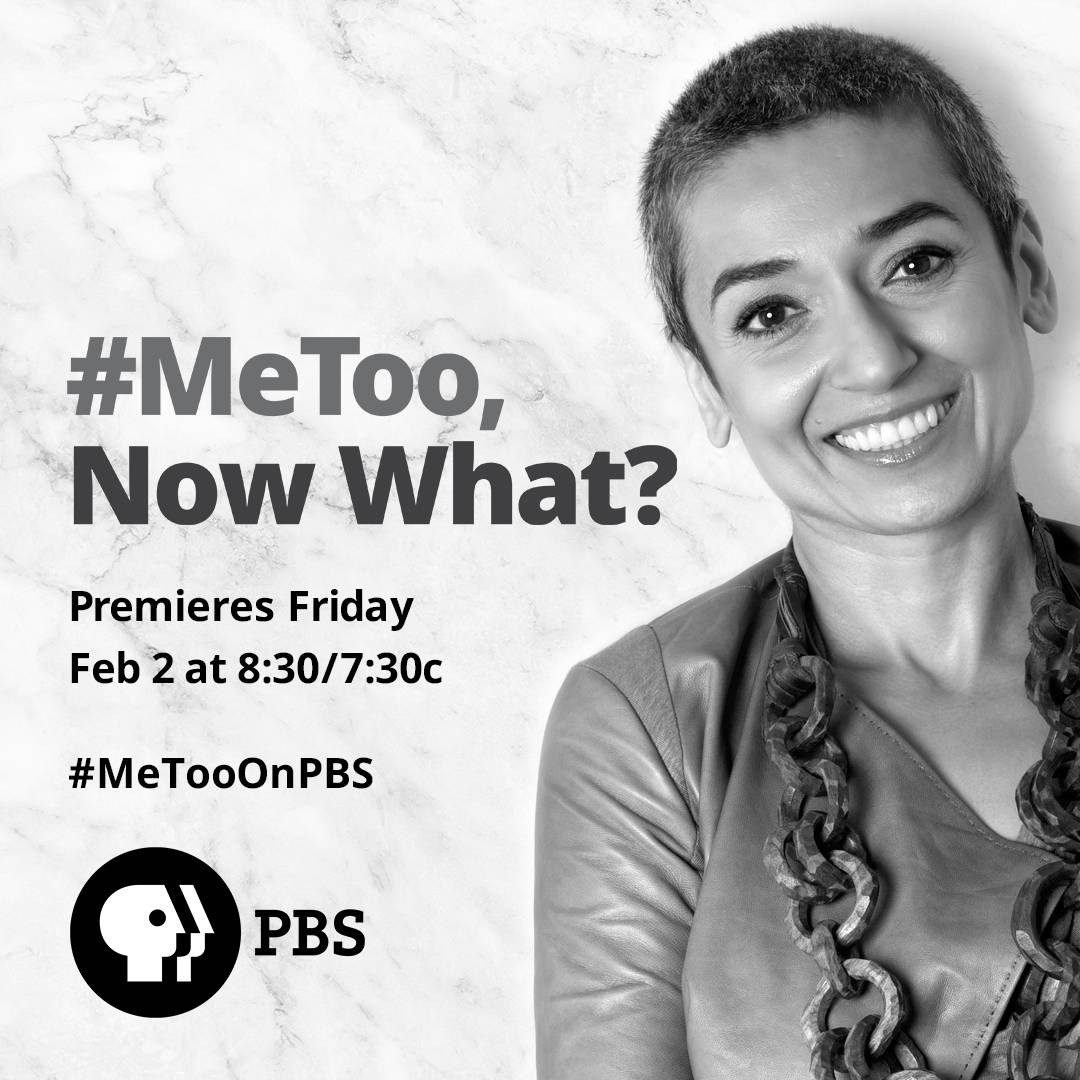 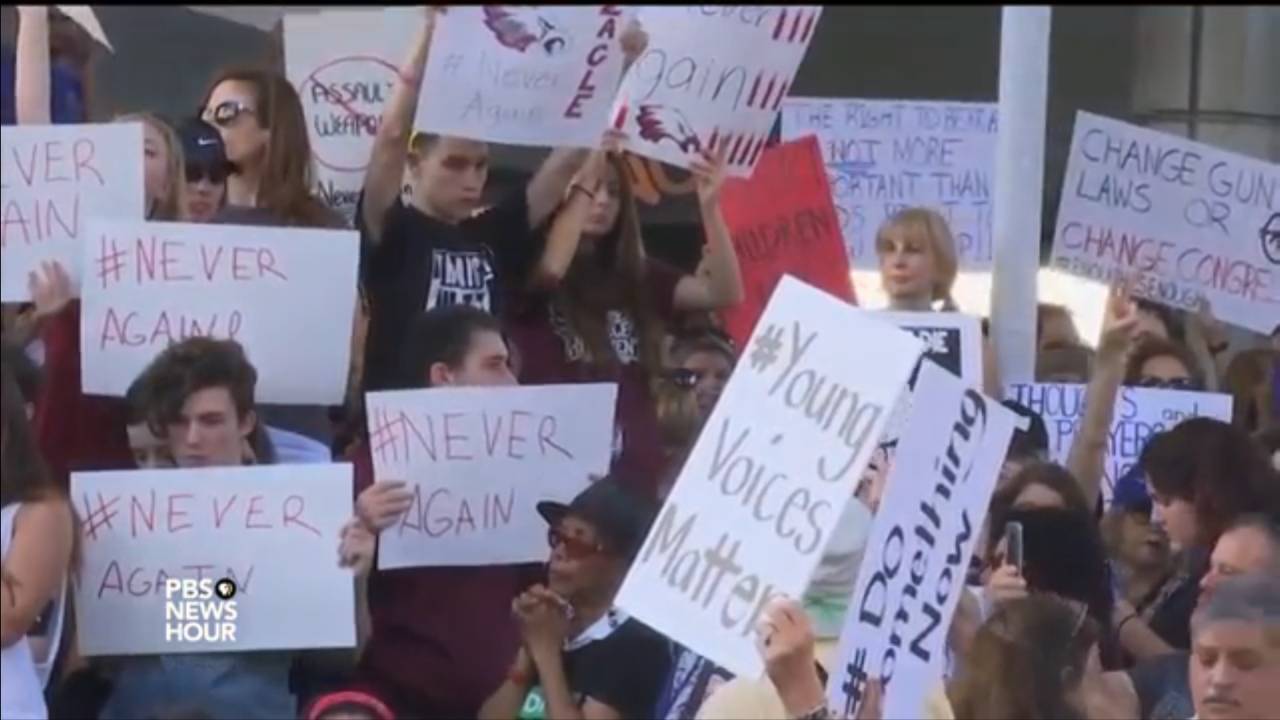