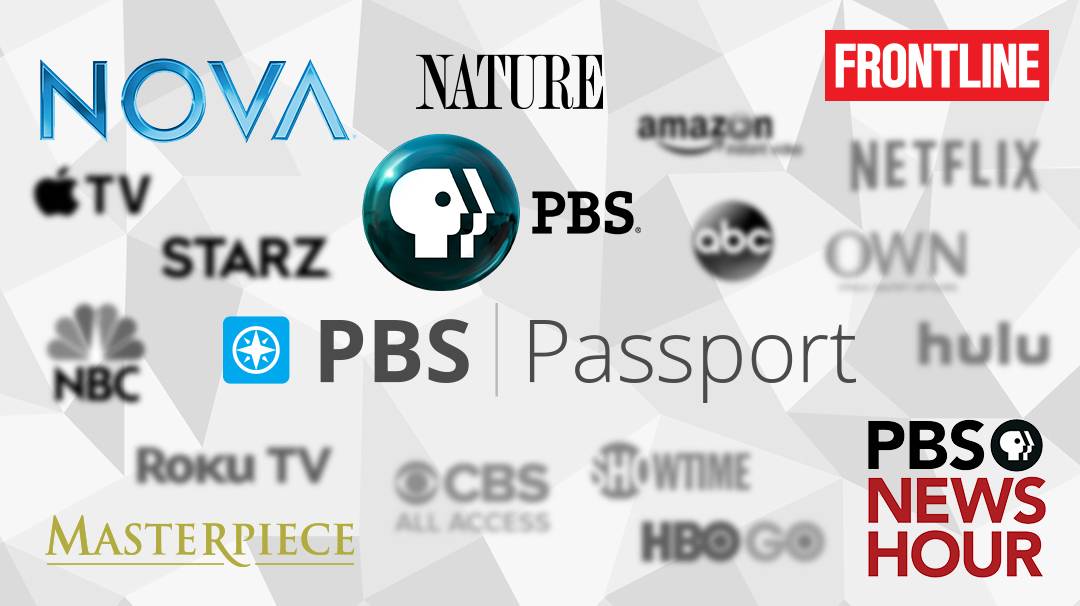 A core mission of public broadcasting is to, well, reach the public. Indeed public television reaches 96% of American households on their televisions. But distribution is undergoing a convulsive change right now so how does PBS fare in the new landscape of multiple distribution channels?

A couple of weeks ago I wrote about the challenges of playing catch-up in our digital streaming, content on demand world. We used to watch shows when they aired on TV, but the world has changed an awful lot since then.

One of the biggest changes in our viewing habits over the last few years has been the ability to watch what we want, when we want, on a variety of devices and platforms.  We want to catch up on something we missed, or maybe even to binge watch a whole series in one sitting and do it on our own time.

But, it’s not as easy as you might think. Our ability to do this is very dependent on who produces the content and on the rights an organization has negotiated for the programming.  For HBO, which produces and owns most of its high-end drama with a budget in the billions of dollars, they have control of streaming their content.

It’s a lot more complicated for PBS. “Digital distribution continues to be a grand experiment,” Mike Kelley, PBS SVP of Programming and Business, told me. He went on to say, “We are endeavoring to be available on every possible platform and to fulfill our public service mission to be free on most platforms to the extent that that’s possible and to the extent that it’s not possible to be available for free, we want to provide a service that provides an archive of public media content and also creates the opportunity to create some member benefits. “

I sought out some answers from the people who deal with these issues every day. The easiest way to explain what I’ve learned is with a Q&A format.

I MISSED MASTERPIECE LAST NIGHT, CAN I WATCH IT ONLINE?

Yes, you can watch it online for the next two weeks. It’s available to everyone as Free Video on Demand (FVOD).  After that it’s available on PBS Passport (a new member benefit) for another few weeks, or sometimes longer. Usually drama programs are available as FVOD for two weeks and other programming for four weeks before moving to PBS Passport.

I SEE THAT SEASON TWO OF VICTORIA IS STARTING SOON, BUT I NEVER SAW THE FIRST SEASON.  CAN I CATCH UP ONLINE?

If your local station takes part in the PBS Passport program and you signed up for that benefit you can watch all of the first season of Victoria via PBS Passport.

It’s a platform created by PBS for stations to offer as a membership benefit, in the same way that a tote bag or coffee mug is a member benefit for your contribution to your local station.  At your station it will show as WETA PASSPORT for example. It is a streaming video on demand service.

WHAT DOES IT GET ME?

It allows you to access thousands of hours of PBS content on demand, like the first season of Victoria.  Shows that are nationally distributed by PBS like Nova, Nature, American Experience, The Great British Baking Show are available on PBS Passport.

It also allows you to binge watch some shows before they have fully aired on TV, like the current season of Poldark on Masterpiece.  When Season 2 of Victoria airs, you’ll be able to watch the whole series on Passport, after the first episode has aired on TV.

IS THAT THE CASE FOR EVERY SHOW?

No, it really depends on the rights negotiated for the shows. You might not see some old shows that were on Masterpiece Mystery! But you can access a whole lot of past dramas, food, cultural and arts programming, including every season of Downtown Abbey (for now). You can't watch old episodes of Call The Midwife because PBS was not able to secure those rights. 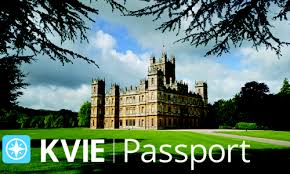 WHAT ABOUT LOCAL PROGRAMMING?

Right now, most of your locally produced programming is available for everyone to see publicly.

IS PBS PASSPORT AVAILABLE ON MY LOCAL STATION SITE?

According to Ira Rubenstein, Chief Digital and Marketing Officer for PBS, 128 of 137 eligible stations are offering PBS Passport. Check your local station website to see if they are offering this benefit.  If they are not, and you are interested in it, you should ask them to consider it.  Each local station is autonomous in its decision making.

IS THERE ANY PBS PROGRAMMING THAT IS AVAILABLE TO STREAM WITHOUT BEING A MEMBER OF PBS PASSPORT?

Yes. There are no plans to place the flagship news and information programs NewsHour and Frontline behind the PBS Passport wall, and you can access years of past programs on their websites.

WHY CAN’T I DO THAT FOR NOVA OR NATURE OR OTHER NATIONAL PROGRAMS?

Co-Productions between the BBC and Nature, for example, are available for online streaming for 30 days after the first national broadcast, then another 30 days on PBS Passport.  Depending on who the partners and producers are, episodes of Nature are available for longer than 60 days. That’s the same for Nova.

Sometimes it has to do with the funders. Some funders stipulate that the program should always be available freely to the public.  Some shows that are considered to have long-term educational value are made publicly available.

Many shows that air on PBS also produce a lot of their own short form video content that is always publicly available on the site and on platforms like Facebook. Frontline and Nova have built up an extensive library of original short form video like this.

According to Mike Kelley, PBS Senior VP of Programming and Business, the biggest difference is money.  “HBO has a $2 billion content budget so they fully commission, which means they fully fund almost everything that’s on HBO.  We just can’t afford to do that so what we try and do is maximize our content investment to return the greatest portfolio of content that we can.”

HOW CAN I TELL IF SOMETHING IS ONLY AVAILABLE TO PBS PASSPORT MEMBERS?

It will be marked by this blue logo. 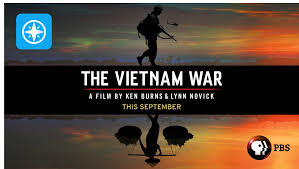 WHY CAN’T I STREAM PBS IN CANADA OR BRITAIN?

That has to do with rights again.  PBS tries to secure North American rights (including Canada) but that doesn’t always happen. And of course it’s rare to negotiate rights for Britain. As I’ve written before, the worldwide web isn’t quite as wide as we sometimes think. To negotiate rights beyond your territory can be an expensive and difficult process particularly for non-news programming. It’s why it’s hard to stream an episode of a BBC drama on their site if you live in the United States (unless you have a VPN – a virtual private network).

WHY IS THIS SO COMPLICATED?

We have entered a whole new world with the advent of digital technology and our ability to handle rights is trying to catch up. With the advent of new companies producing their own content like cable channels HBO and Showtime and streaming only services Netflix, Hulu and Amazon, the playing field is filled with a whole new type of player.

Lest you think that only PBS is grappling with this issue, think about some of your favorite network shows of yore, Seinfeld or Hill Street Blues for example.  They aren’t available on demand on NBC or ABC, that’s because they were produced by studios that negotiated the TV rights way back when and those rights are constantly up for grabs for TV syndication for example and now for something called SVOD – streaming video on demand.

For example, Sony Pictures TV recently signed a deal to stream Seinfeld exclusively on Hulu.  For how long? 5 years. For how much?  $160 million.

Despite the unchartered territory of the new digital landscape, the good news for viewers is that we are going to have access to more and more content to experience in more and more ways.  The good news for creators is that their work has multiple opportunities to reach a wider audience and they’ll be paid for their creativity as well.

PBS Passport seems to be the first robust entry into the arena of video on demand from public television.  However, I think  it’s a program that’s not been publicized as effectively as it could be for public broadcasting consumers.  I didn’t know about it until I arrived at PBS.  For those of us who are buried in tote bags and travel mugs it’s a member benefit that I think would get a lot of takers if they knew more about it.  PBS also produces original content via its YouTube channel PBS Digital Studios. I will be taking a closer look at this in a future column.

PBS’s public mission is at its core is the serve the public. Now that includes trying to reach the audience wherever they are  and PBS Passport is a commendable effort. I would encourage PBS and local stations to do a better job of getting the word out.

This is not the final word on issues surrounding the challenges of the new digital era. But I hope it provides some answers to questions you may have had. If you have more questions, please send them in and I will try and get some answers. You can also connect with the Public Editor on Twitter @PBSPubEd.

I’d like to thank the following for answering my questions: 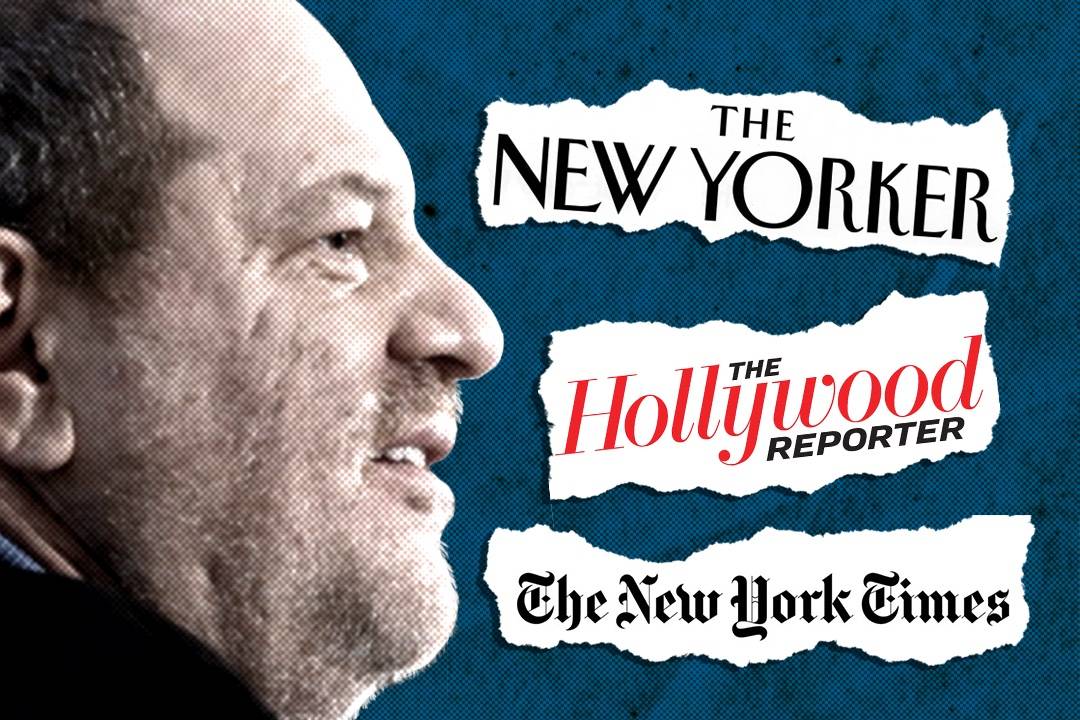 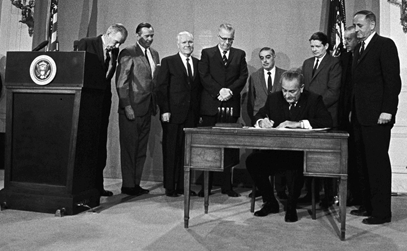