When is an Ad not an Ad?

"Why do I see exactly the same commercial (Farmers insurance) on pbs...as I see on regular commercial tv...? I thought that one of the strengths of public television was that it was not beholden to any particular commercial interests...have you sold out and are no[w] on the slippery slope that leads to mediocrity?"

That's a question we received from viewer Art Renn.

Here is the version of the Farmers ad you see on commercial television:

And here’s what you see on PBS:

Can you tell the difference? I must admit I had to watch it several times and look at the transcript a few times before I figured out the difference.

They are almost the same except for two phrases that were cut out of the PBS version – “So we know how to cover almost anything” and “Talk to Farmers.” The PBS version also visually identifies Farmers at the beginning of the spot.

They may seem small, but they are crucial differences that have to do with FCC regulations for public broadcasting and with PBS’s own concerns for perceptions of noncommercial integrity.

I’ve had some illuminating conversations with Talia Rosen, PBS’s Assistant General Counsel and Senior Director of Standards & Practices, who walked me through the considerations for accepting "underwriting" or "donor acknowledgements."

Here’s my effort to explain some of the questions you may have on this issue.

Well firstly, the law is explicit that “no public broadcast stations will make its facilities available to any person for the purpose of broadcasting any advertisements.”

There are very specific FCC regulations around the kind of language that can be used for messages that air on PBS. Nothing qualitative or comparative in language is core to the rules governing acceptable copy. Among the words that have been punished by the FCC include – beautiful, dependable, inviting, gentle, more, soft, excellent.

Rosen acknowledges that the standard can be somewhat fuzzy, particularly in the work of her office scrutinizing the use of adjectives because they can most often be qualitative and comparative. A movie trailer can’t say something is "Oscar nominated" or a "Golden Globe winner" because that is inherently comparative. And, Rosen told me, “The interesting thing about the comparative prohibition is it's not only about comparing to others, but it's also comparing even to yourself. No form of comparison works.” You can’t say that you have a "new and improved model" or that "this year’s is better than last year’s." Even the term “free” is prohibited, as in "free wifi."

And, unlike an ad you’d see on a commercial station, there can be no call to action. No imploring audiences to "buy now" or "call today." The most a spot can do is direct the audience to "learn more" from a website.

You also can't include competitors. Look at these two spots.

Which one appeared on PBS?

Talia Rosen told me that it’s perfectly possible for an ad that you see on commercial television to air on PBS unchanged. How come? Rosen contends that ads in general have been moving more towards the kind of spots that are messages about a company that are intended to evoke a feeling about their brands rather than direct comparison or price language for example. Think of Intel, Coca-Cola or GE. They have ads that are less about selling a product than about the company. Rosen says, “That’s exactly the type of underwriting spot we’ve been doing for decades and it's really that they’ve moved toward us which can makes us appear more commercial but we haven’t changed.”

How much time is available for donor messaging on PBS?

An hour-long national PBS show is actually 56 minutes and 46 seconds, of which usually two minutes can be used for donor acknowledgements, 60 seconds at the top and 60 seconds at the bottom. That leaves three minutes and 14 seconds per hour for local messages (interstitials, promos or station underwriting), over which PBS has no say, but generally local stations operate with similar guidelines as PBS, coupled with specific FCC restrictions.

Who gets to make a spot?

It used to be that PBS did not allow non-profit funders to make spots. That was changed a few years ago and now both for-profit and non-profit contributors can make spots. You might have seen video spots from philanthropies and non-profits like AARP and the Arthur Vining Davis Foundations for example.

The amount of time given to funders is tied to how much they contribute and there is a threshold that needs to be reached to get a 30-second spot.

What’s the system for approving the spot?

The office of Standards & Practices looks at every single funding spot submitted by producers for air on PBS national programming, some 60 to 90 pieces of copy a month, and reserves the right to suggest changes to copy and visuals to comply with PBS policies and guidelines.

Can you tell what’s different between these two?

The second one, the PBS version, identifies the studio behind the movie. Why? The most important thing that the audience needs to know about funding of PBS programming, according to Rosen, is the payer’s identity. The movie "Murder on the Orient Express" did not write the check, the studio did, in this case 20th Century Fox. The PBS version also removes the call to action to “Follow us on [Facebook logo].”

How do we know if a spot violated FCC standards?

If the FCC decides that its regulations have been violated and that they will impose a punishment, usually a fine, they will usually issue a press release.

But, we have no idea how many complaints are lodged in any given year.

A complaint can take several years from the moment of the complaint filing to a ruling.

As you can see, Art Renn, there is a lot that goes into deciding the appropriateness of spots on public television. Decisions are governed both by statutory concerns but also by the standards and practices at PBS. Those standards include host selling, product placement, editorial influence, message duration, and children’s programming. PBS operates above and beyond the legal obligations it is bound by. As Talia Rosen told me, by FCC standards, even factual veracity is not a defense “so just because your bluegrass band was rated number one in Canada doesn’t actually mean you can say it because it's comparative.”

Above and beyond that, Rosen emphasizes, it’s most important that the audience know that PBS is also governed by the editorial control test, the perception test and the core principles of editorial standards. So all potential funders are closely reviewed to ensure that they have no possibility of control or influence.

Next time you see an “ad” on PBS, I hope you have a better understanding of what you are actually seeing and the stringent tests that each spot went through before it got to air. 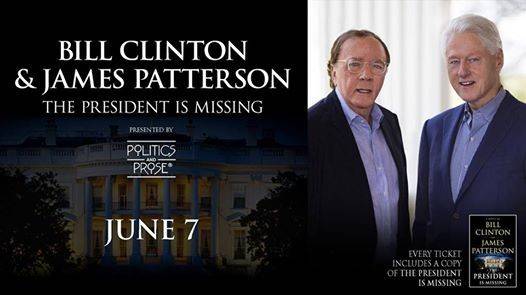 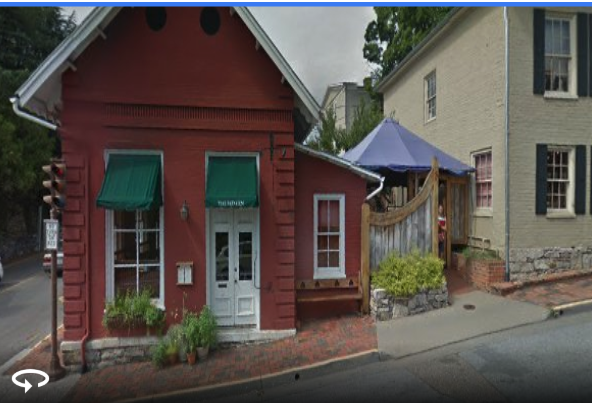