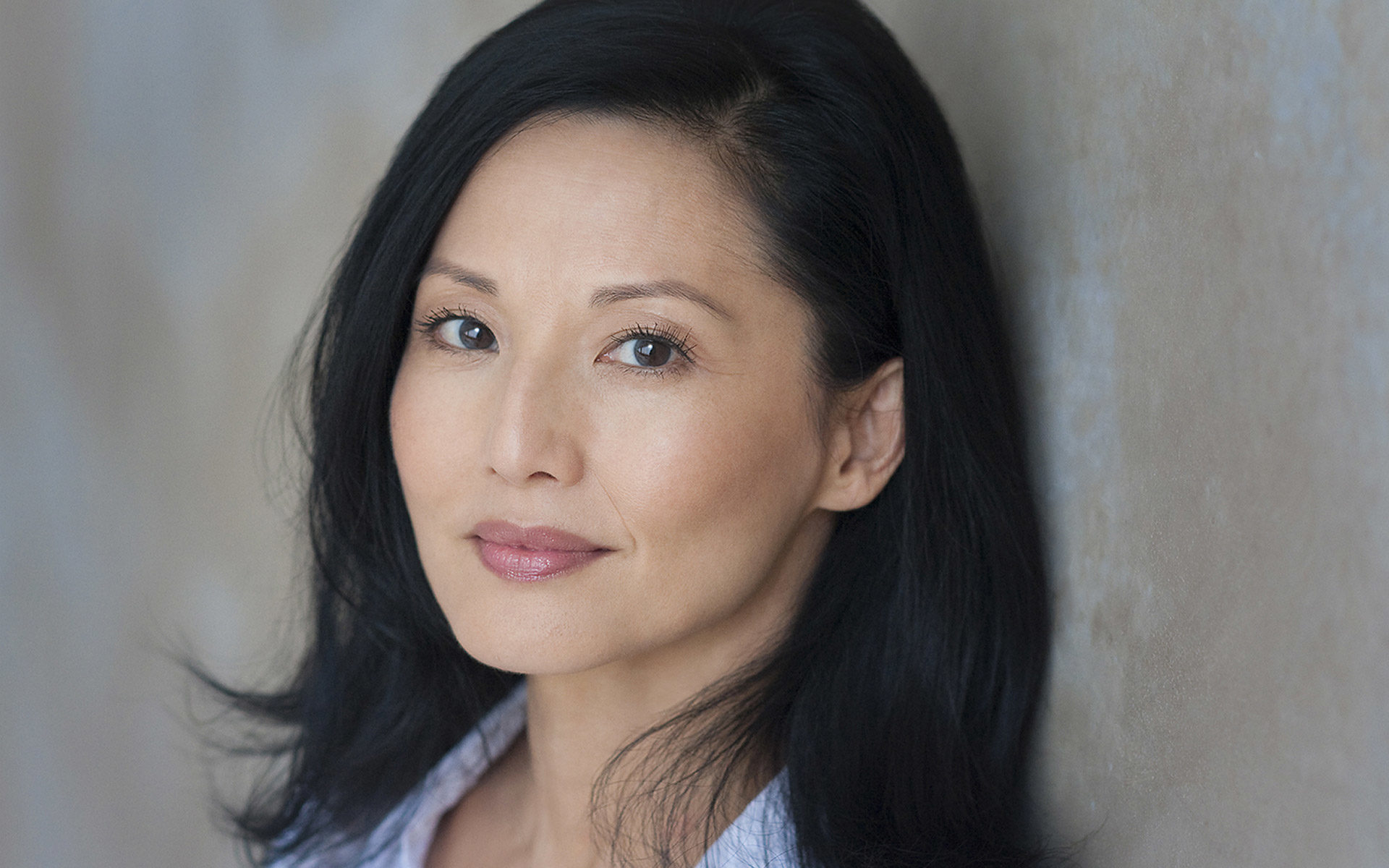 Born in Okinawa, Japan, to a Japanese American father and Okinawan and Filipina mother, Tomita was 1984 Nisei Week Queen in Los Angeles when she was invited, along with other Asian American women, to audition for The Karate Kid Part 2.

Tomita now lends her talents and voice to the five-part PBS series, Asian Americans, produced by the Center for Asian American Media (CAAM) and WETA, the flagship PBS station in Washington, D.C.

Tomita is one of two narrators for the series, which airs May 11 and 12 on PBS; the other narrator is Daniel Dae Kim. She narrates episodes 2 and 4, history and identity. Episode 2, titled “A Question of Loyalty,” focuses on how an “American-born generation straddles their country of birth and their familial homelands in Asia. Family loyalties are tested during World War II, when Japanese Americans are imprisoned in detention camps, and brothers find themselves on opposite sides of the battle lines. For Koreans and other Asian Americans, joining the U.S. war effort also means the fight for independence in Asia.” Episode 4, “Generation Rising,” centers around times of war and social tumult, while “a young generation fights for equality in the fields, on campuses and in the culture, and claim a new identity: Asian Americans. The aftermath of the Vietnam War brings new immigrants and refugees who expand the definition of Asian America.”

Tomita chats about the importance of telling Asian American stories as a part of American history.

How did you get involved as the narrator of the Asian Americans?

When the documentary was announced a year and a half ago, with Renee’s (Tajima-Peña) name and Grace’s (Lee) name and Leo’s (Chiang) name, it was something we were all looking forward to as a community. I had met Grace and Leo at an Academy of Motion Pictures Arts and Sciences’ lunch put together by Janet Yang. It was the Asian American group of Academy members who were actors and filmmakers and editors and documentarians. They mentioned they were the documentarians on the project. This is something we’ve been all looking forward to, in terms of laying down in documentary style, the story of Asian American communities.

A month later, I get an email from an agent asking if I would serve as a narrator, and that’s how it happened. It was kind of connected, but it kind of wasn’t connected—and it’s all connected. I didn’t lobby to participate in the project; but I was super excited for it and the stories they were going to present.

I had known Renee Tajima-Peña from years ago. She’s one of the filmmakers you hold in high regard for the types of stories [she chooses] to tell.

It’s really pertinent as to what’s going on right now, today, March 9, 2020. This crisis of the coronavirus or COVID-19 and how many of our community members are experiencing outright racism and fear because it’s being projected onto us, because we look like the persons where the virus originated from. It’s about alleviating the fear of other-ism, of the perpetual foreigner, that has been and it still being cast upon us, not only upon the Asian Americans but the Latino community and African American community and other communities who are considered “other”. The communities of individuals that don’t look like the stereotypical American, meaning white and blonde-haired and blue-eyed.

We are a part of this unique, complex, and complicated fabric of what it means to be an American. Americans come in all colors, creeds, and colors of the rainbow, and we can celebrate this together. I’m only saying the same thing our community has been saying for decades: that we look at each other as human beings in this global society. We might feel that ‘I’m scared, you’re scared, but I’m not going to project my fears onto you.’ This is what’s important now. The sections of the documentary that I’ve been able to see really does tell part of the stories of racism and prejudice that we, as a community, have experienced, but it also tells stories of triumph of going through it, of protest, and of the fight against racism and prejudices with dignity, persistence, and respect. We are seen as the other, but we are a part of this united fabric—we are part of the United States of America. We are here to tell our story, and the documentary proves that we have really great American stories to tell.

Your father was incarcerated during WII, and one of the episodes you narrate talks about it, in a way that is more nuanced, through personal stories. Do you see your family history reflected here?

There are two reactions. It is the personal story of my father’s family. He comes from a family of five brothers and a sister along with his mom and dad and grandfather in Manzanar. My father’s grandfather was in Heart Mountain. Like many Japanese American kids, you read that one paragraph in the middle school textbook – this is the 1970’s.  I race home, I ask my dad, ‘Hey, did this happen to you?’ And he goes, ‘Yes.’ I got the sense of being connected to U.S. history. The sense of, ‘Wow, yes, my family is of Japanese descent, but we are Americans! How come this happened to us?’ And that was the start of what it meant to be an American.

And that’s the fire that’s been lighting under my butt for however long I live. How fear and prejudice can take a hold of our entire nation. It is happening against migrant communities coming across the border and we’re treating them as infected persons we have to incarcerate. These are people who are seeking refuge…

That’s one reaction, the personal story. Another reaction is that this is America’s history, these are America’s concentration camps. Yes, they’ve been known as the Japanese internment camps;when I was growing up, they were called relocation camps. Let’s face the harsh reality. The U.S. government did this to a particular race of people. Two-thirds of the 120,000 were American citizens. let’s not forget that. Let’s correctly call them America’s concentration camps.

That needs to be the moniker that is appropriate to Manzanar, to Tule Lake, to Topaz, to Heart Mountain, to all the camps that incarcerated Americans of Japanese descent.

What do you hope people learn through the documentary series, and in learning more about Asian Americans?

This one documentary hopefully can spark what it means to be an American, what it means to be an Asian American, and it’s just a part of this beautiful color swatch in the American fabric. We are all woven of different colored threads and strengths and colors. We are all a part of something bigger, a very special part of something that continues to evolve. A more perfect union.

We can serve as bridges, we who identify as hyphenated Americans, because we are all global citizens, and that’s why being cognizant of our histories is important. To share the stories that show that we’re really not all that different, that we have so much more in common, and that we are all just human beings. Trying to learn from each other and live together. With knowledge, with truth, in peace.