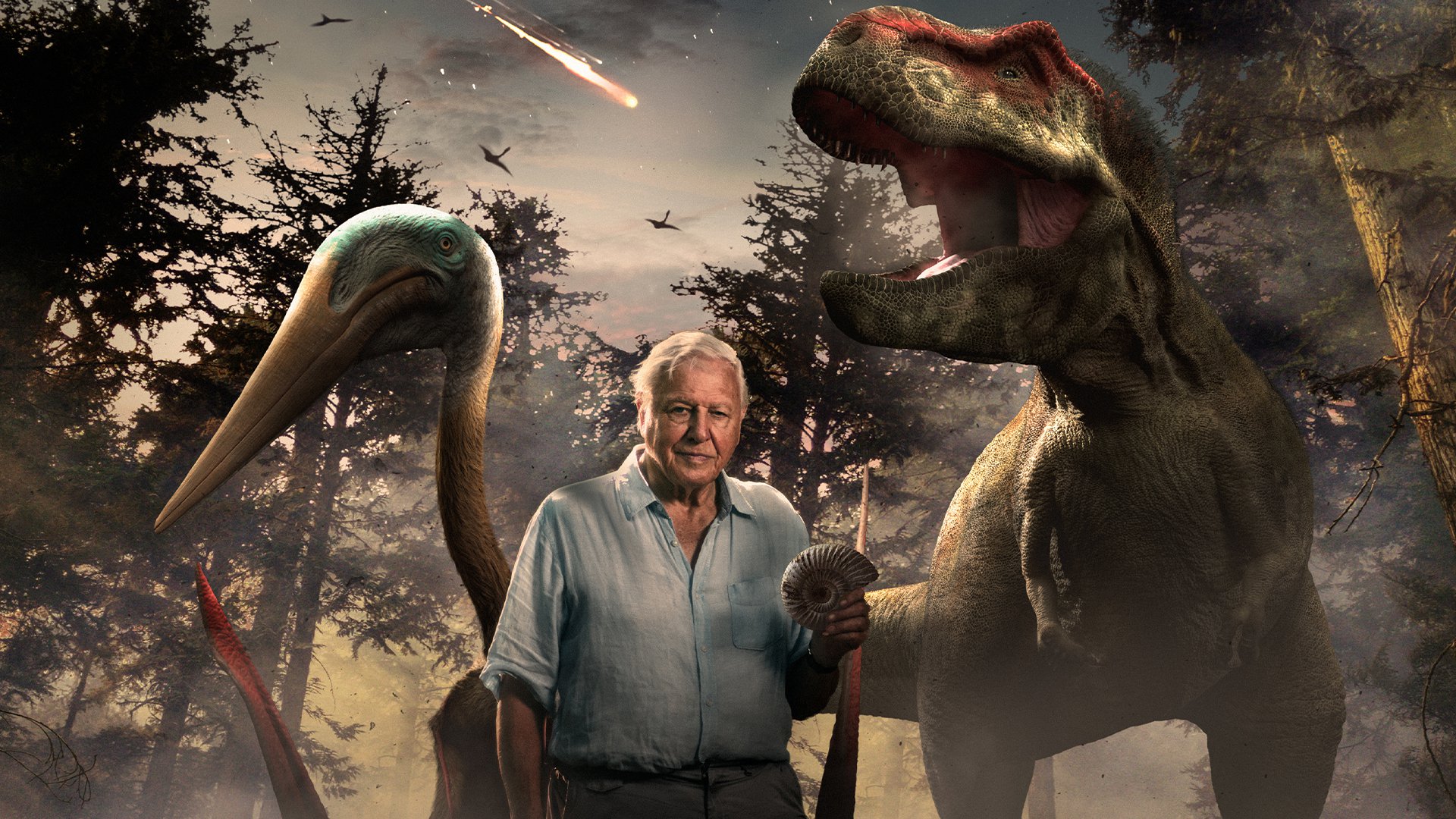 Newly found fossils may reveal an unprecedented snapshot of the day the dinosaurs died.

Sixty-six million years ago, a gigantic asteroid slammed into Earth, wiping out the dinosaurs. There’s strong evidence of the asteroid impact, but no fossils of a dinosaur killed in the event have ever been found. Now, at a dig site in North Dakota, scientists have uncovered a wealth of fossilized creatures that could reveal a more detailed picture of the devastating day the asteroid hit. Following a trail of remarkably well-preserved fossils, including a pterosaur embryo in its shell and a dinosaur leg with its skin intact, Sir David Attenborough guides us on a search for clues that could provide an unprecedented snapshot of what happened on the unluckiest day for life on Earth. (Premiered May 11, 2022)

Striking new fossils paint a picture of life right before the asteroid impact.

Scientists use new fossils to reconstruct the day the dinosaurs died.

Did Some Dinosaurs Breed in the Arctic?

Rise of the Mammals

Inside a Fossilized Pterosaur Egg

Fifty Million Years Ago, the Arctic Was a Warm Swamp